Asian Jews are suffering. We need you to listen. 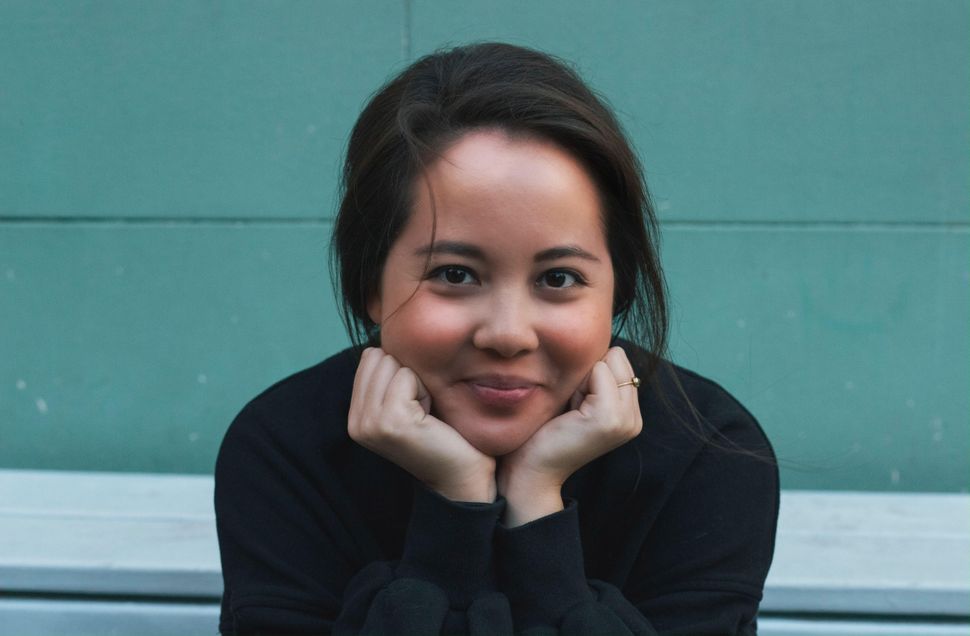 Over the years, I’ve dealt with a lot of reactions to the fact that I am Korean and Jewish. They’ve ranged from the absurd (Are you sure?) to the angry (That’s not possible!) to the utterly exhausting (Wow, so, are you adopted?). But when confronted with the story of my identity, the through line for most people — especially those within the Jewish community — is disbelief. It’s like one look at my Korean face tells them all they need to know about my Judaism, which they cannot conceive to be as real or as good or as valuable as theirs.

For a long time there’s been a single story of what it means to be Jewish — a single story of our shared experience, our shared faith, our shared oppression. And despite what Chimamanda Ngozi Adichie says about the danger of a single story, in the Jewish community there is simply no room for anyone who challenges that established narrative. My presence in Jewish spaces is seen as a threat, as if I am taking the place of a “real” Jewish person. My very existence is seen as a maelstrom of chance and error, like the Judaism my father was born into precludes his ability to procreate with anyone who was not also born into this religion. My story is treated like a fairy tale — and not the “they lived happily ever after” kind, but the “please use dark magic to explain away something that shouldn’t exist” kind.

But I do exist, and my story is very real, and I’m going to share part of it here in the hopes that it will change even one person’s view of the supposed single story of the Jewish experience. To be honest, I wasn’t sure where to start (because really, where do you start in the face of so much hate?) but eventually I realized that my story, as many second-generation Asian daughters can tell you, begins with my mom.

In my earliest memory I’m 4 years old. My mom tried to pick me up from JCC preschool, only to have the teacher refuse to let her take me home, as no one had called ahead to tell her “the maid” would be coming to get me. At 11, I earned a full scholarship to my city’s Jewish day school and my mom, bursting with pride, spent the weekend making kimchi (a feat of strength, endurance and pure love) for my first day — only to be called into the principal’s office and shamed when other students accused me of eating “baby embryos” in the cafeteria. At 13, my mom — who had worked three jobs for months to afford my custom-made dress and a luncheon for me and all my friends — was denied a seat on the bimah during my bat mitzvah while my father, a white man who had abandoned me for most of my life in all the ways a parent can abandon a child and who also happened to have been born Orthodox Jewish, waltzed into temple and took a place of honor alongside me, no questions asked.

What’s funny (and by funny I mean enraging and heartbreaking and dehumanizing) about all this is that my mom is the proudest Jewish person I have ever known. She converted to Judaism almost as soon as she came to this country (and four years before I was born) and never looked back. She loves the prayers, the holidays, the Jewish camp songs. Her Judaism is a part of her, body and soul, and her faith has never once wavered.

For as long as I’ve known her, my mom has understood implicitly what the non-Jewish world sometimes struggles to get: that while we might not be able to agree on an exact definition of what it means to be Jewish, we can all agree that Judaism is more than a religion. In this way, my mom always approached her Judaism as intrinsically linked to her identity as an American. She was very aware of the challenges I would face as the mixed-race daughter of a Korean immigrant — so much so that she would tell me daily to think and act “Jewish first, Korean second.” She knew that my Judaism was my ticket to whiteness and that my whiteness was my ticket to … literally everything.

And she was right. I won awards for my fluency in Hebrew; I had a huge group of rich, white, Jewish friends who took me on their fancy family vacations; I was senior class president; I got a scholarship to college. Was it all because I spent the better part of my childhood denying my Korean heritage and embracing my Judaism as my sole identity-defining factor? I don’t think I’ll ever know for sure, but what I do know is that I quickly learned that if I responded to that dreaded “where are you from?” question with the answer “my mom is from Korea … but I’m Jewish,” that my Judaism would neutralize what others saw as my innate foreign otherness.

I know that I became eager to anesthetize my existence for the sake of the white Jewish community and the country as a whole. I know that I craved being thought of as relatable, I craved being understood, I craved being accepted — all of which meant that I didn’t talk about being Korean. I didn’t talk about Chuseok or Lunar New Year celebrations that I had at home. I stopped speaking in our special family dialect of Konglish mixed with choice Yiddish phrases. I didn’t introduce any of my friends to my mom. I stopped bringing kimchi to school. I told people my favorite baby-sitter was Mary-Anne, not Claudia.

Looking back on it now, I can say with clarity and certainty that living in denial of my Korean heritage for so much of my childhood caused intense emotional and psychological damage that has lasted well into my 30s. Part of me wishes I could simply blame my mom for everything as a way to brush it all aside, but I can’t. I know she was playing an unwinnable game that so many BIPOC and immigrants in this country play — a game that asks us to sacrifice everything we are for an American Dream that not only doesn’t exist, but that actually demands our continued desperation, pain and death in order to maintain the white supremacy this nation was built on and that it continues to feed on.

Because no matter how much I held up my Judaism for the world to see, it was not a shield against the overwhelming onslaught of white supremacy. It didn’t help when I was 8 and a white woman attacked me in a store for being a “f***ing chink.” I couldn’t use it the night a white man followed me home, begging me to “go North Korea on his dick.” It didn’t protect me in college when a Jewish guy I liked and who I thought liked me recorded us having sex and played it for his entire frat during their annual “Yellow Fever Week.”

I had grown up thinking that I could force people to see me as Jewish first, when in reality they hated me for being Korean always. There was no ticket, no pass — there were only years and years of denying who I was in order to belong to a community that rejected my mom, didn’t care about me and closed ranks the minute I suggested that the story of my Jewish experience, and the stories of other Jewish people of color, might be different than the comfortable single story of what it means to be Jewish.

If you came here looking for answers, I don’t have any. Nor do I have absolution for anyone’s white guilt, suggestions on how to be a better ally or thoughts on how the Jewish community can start to protect and value Jewish people of color. All I have is my story, which I’ve given to you; my love of Judaism, which so many have tried their hardest to take from me; and my faith in people, which is hanging by the weakest of threads.

But I’ll leave you with this: After Tuesday night’s violent and devastating white supremacist attack in Atlanta, which resulted in the murder of six Asian women, I sat with my mom (like many good second-generation Asian daughters, she lives with me) and cried. I felt exhausted, hollow, angry. I felt like all I had ever known in this world was rejection, fear and death. The only question I could ask was “why?” and my mom — my beautiful, strong, stubborn, wise mom — said, “We’re Jews. We suffer.”

We are Jews. We suffer. Not we have suffered in the past (even though we have), or we know suffering (even though we do) — but we suffer in the present. And when one of us suffers, we all do.

Rebecca Kuss (she/her) is a children’s book editor living in New Jersey. Follow her on twitter @reebsthereader for her daily thoughts on Claudia Kishi, the perfect French fry, and of course, books.

Published by Alma, a 70 Faces Media brand. The views and opinions expressed in this article are those of the author and do not necessarily reflect the views of JTA or its parent company, 70 Faces Media.

Asian Jews are suffering. We need you to listen.