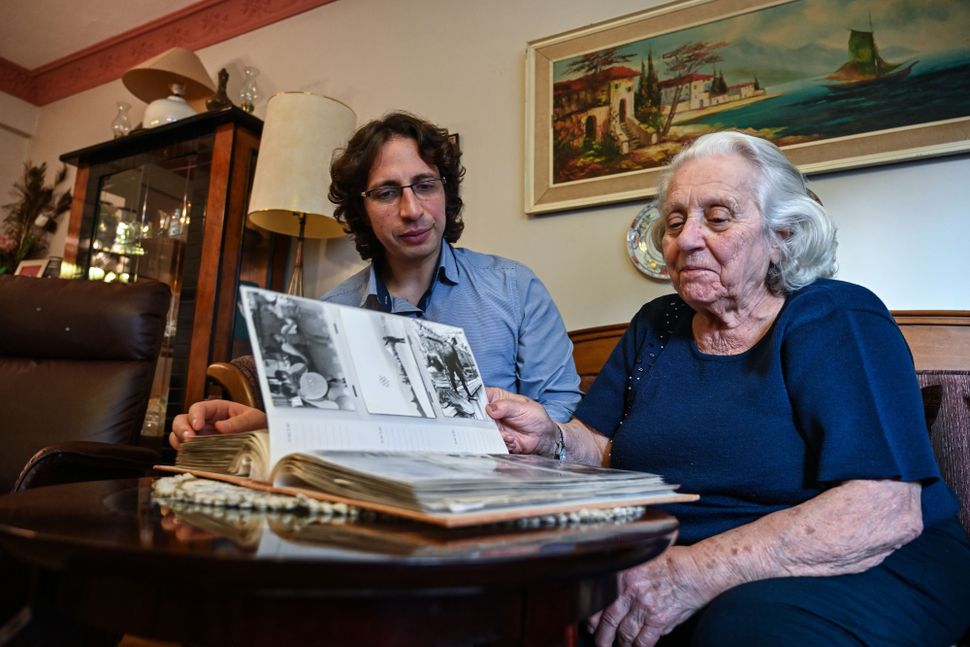 Can Evrensel Rodrik with his grandmother Dora Beraha, from whom he learned Ladino, in Istanbul. Image by Getty Images

It’s been more than a year since the COVID-19 pandemic overwhelmed us all.

During this time, more than half a million people in the United States have died of the virus. You’d think that a devastation of this kind would have thrown our society into shock. Last spring and summer, we read daily about hospitals overrun with dying patients, and morgues with no room left for their corpses. I feared for the mental stability of our nation, envisioning millions of people paralyzed with fear, unable to sleep or function, numbing their despair with Xanax, Valium or narcotics.

And yet, as a society, we did not fall apart. On the contrary. Even though many of us lost parents, grandparents, aunts and uncles, neighbors and fellow congregants, we’ve proven ourselves to be remarkably resilient. We didn’t lose our faith that a vaccine would quickly turn things around, and now the future actually does look a little less grim. In a growing number of states, children are back in school — at least part-time — and restaurants are offering in-house dining again.

But in the back of my mind, a very inconvenient truth keeps rearing its head. Could it be that the reason we aren’t mourning the more than 500,000 victims of the pandemic is that the vast majority of those who died — 400,000 — were over 65? Could it be that, subconsciously, we assume that since people at that age have so many ailments, they would have died soon anyway? So although it’s sad, we kind of shrug it off as something that was inevitable?

For most of us, I would say the answer is yes.

Ironically, the ban against visitors in nursing homes and assisted living facilities — a measure meant to protect residents from contracting the coronavirus — made it, sadly, even easier for us to ignore them and distance ourselves emotionally from the fact that so many of them were dying.

In other words — out of sight, out of mind.

Which brings me to another inconvenient truth of which we, as Jews, seem to have lost sight. One of the most important values in the Jewish tradition — in fact, one might argue, a crucial means of transmitting Jewish identity from one generation to the next — is the principle of “Honor your parents.” Although many people see this solely as a religious requirement (it is the fifth of the Ten Commandments, after all), it’s really much more than that. 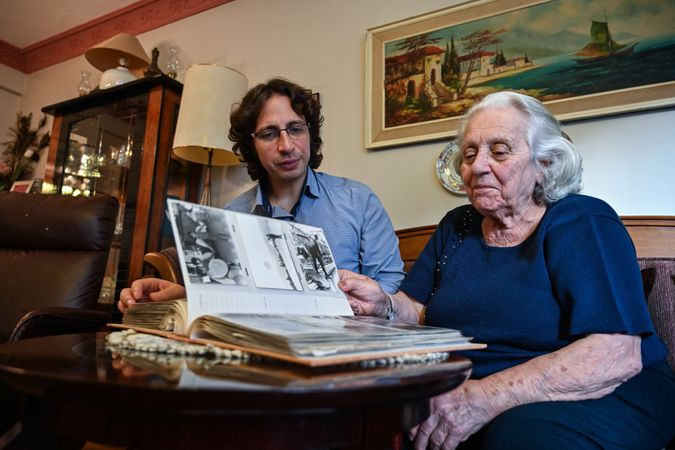 Can Evrensel Rodrik with his grandmother Dora Beraha, from whom he learned Ladino, in Istanbul. Image by Getty Images

In traditional Ashkenazic and Sephardic societies, honoring one’s parents has always meant also honoring one’s grandparents and all elderly members of the community. Children were taught to view their elders as sources of knowledge, experience and wisdom. In Yiddish, grandparents and other older people were traditionally addressed in the third person as a sign of respect, much as the third person is used when addressing a judge as “Your Honor” or royalty as “Your Highness,” as in: “Di bobe vil a glezl tey?” (“Does Grandmother want a glass of tea?”).To this day, the practice of using the third person to address one’s elders is still followed in many Hasidic homes.

Granted, honoring one’s elders has never been easy. In fact, back in the second century, Rabbi Shimon bar Yochai wrote that honoring one’s father and mother is the most difficult of all commandments. It’s probably one reason why children are required to say kaddish for almost a year after their parents pass away. Without this obligation, it’s possible many would probably never say it at all.

Today we live in a much freer society. Children are encouraged to leave home as soon as they reach college-age, and to spread their wings. Many live far from their parents and grandparents, so they need to make a special effort to stay in touch: chatting by phone to share news about their lives or to get Bubbe’s recipe for stuffed cabbage, or seeing their grandparents occasionally during holiday get-togethers or at other family events like weddings and funerals.

But after a year in which pandemic restrictions have kept grandparents isolated from society, I wonder how this may have affected, and will continue to affect, the grandparent-grandchild relationship. Those senior citizens who have learned how to use Zoom, or have an aide to help them use it, are the lucky ones because they can keep in touch with their younger relatives virtually. But for most seniors, the best they can hope for is a phone call which is, in itself, far from ideal — especially if they’ve already lost some of their hearing.

It’s true that the vast majority of American senior citizens are now fully vaccinated against COVID-19 but more dangerous variants from the United Kingdom and Brazil will likely continue to keep them isolated for the foreseeable future. As a result, Jewish grandparents, and the traditions they were meant to pass on, may be turning irrelevant to a large sector of the younger generation, particularly those who don’t live in a strongly identified Jewish community. This is troubling, not only for the future of Jewish continuity in the U.S., but also for the young people themselves. A 2001 study reported that children who know about and feel connected to their family history are more resilient to stress and have higher self-esteem than those who don’t — possibly because they feel that they belong to something larger than themselves.

Although President Biden has mandated that all states make all adults eligible to be vaccinated by May 1, it may take much longer for the younger generation to get vaccinated, due to overwhelming demand. And of course, if we want to ensure that Jewish senior citizens remain safe, reuniting them with their grandchildren, even if just for an occasional afternoon, may still require that all family members stay masked and meet outdoors.

But that‘s still better than keeping them shuttered behind locked doors.