Biden’s COVID relief plan is a balm for Orthodox Jews 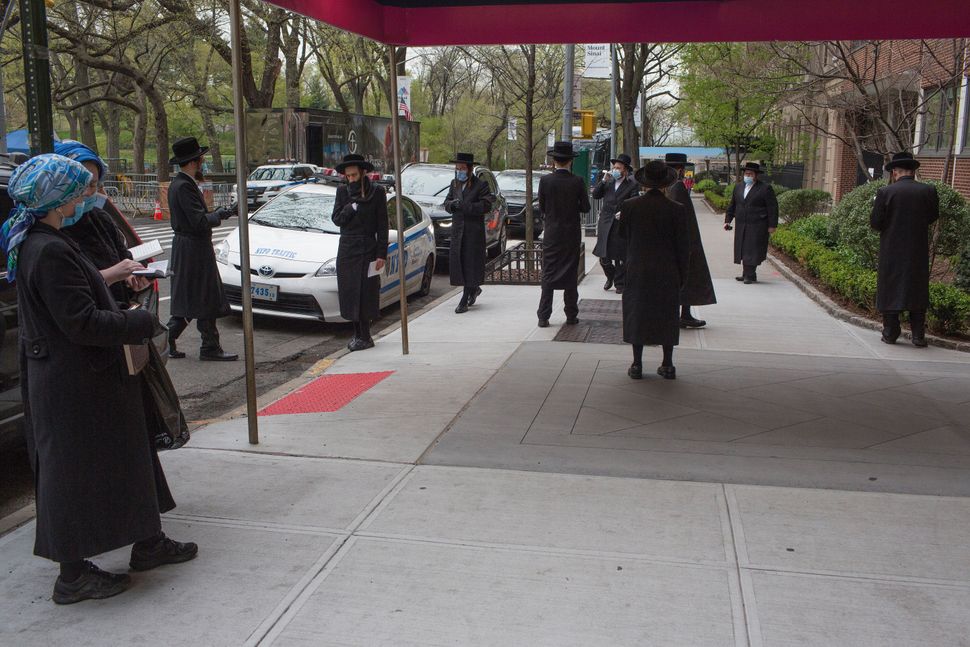 It’s highly unlikely that members of Congress had Jewish education, advanced Torah study or even Orthodox Jews in their minds when forging the ambitious American Rescue Plan that, after being signed into law by President Biden last week, will infuse nearly $2 trillion into the economy to counter the effects of the past year’s COVID crisis.

But the boon that the ambitious plan offers the Orthodox community is undeniable, and worthy of all Jews’ gratitude.

There are countless Orthodox families, rich in children but poor in bank account, headed by parents who have dedicated their lives to educating Jewish children or who are engaged in full-time, high-level Torah study. And there are many more Orthodox families confronting economic strain over the special costs of Jewish observance: tuition, kosher food, ritual items, Shabbat and holiday meals, happy occasions like b’nai mitzvah and weddings.

Just raising, clothing, feeding and educating children entail considerable expense; those families live, day to day, on faith that they will somehow make ends meet. They don’t rely on miracles; they work at their jobs and don’t spend money on luxuries. But their ultimate focus is on Jewish accomplishment, not financial assets — on the growth of souls, not portfolios.

And many of us have found that we do, throughout our lives, experience subtle miracles.

One such is the stimulus plan, which allots direct payments of $1,400 per person to families headed by married couples with joint income of less than $160,000. That well describes the large chunk of the Orthodox Jewish community, particularly the selfless segment dedicated to Jewish education in its various forms.

But even more importantly, the plan offers a yearly child tax credit of $3,600 for each child under 6 and $3,000 for each older one under age 18, for joint filers making up to $150,000 a year. (These benefits are currently set to expire at year’s end, but it’s likely that congressional Democrats will push for its extension.) And the tax credit will be fully refundable — meaning that it will not be altered even if the parents owe few or no taxes. That is a major boon to poor families, including many Orthodox, with more children under 18 than the American average of 1.93 per family.

What’s more, the new law provides $39 billion to child care providers, some of which they will be required to use to help families struggling to pay the cost of their services. That, too, is a gift, especially for the many Jewish families in which both parents work outside of the home.

It might strike some as unseemly to note this blessing born of a tragic pandemic. The terrible losses and angst and sickness and pain of this year are wounds that will not quickly — and in many cases, ever — heal.

But Jewish law offers an insight as to why we must celebrate God’s mercy, even when it appears in the wake of great tragedy.

When a parent passes on, we are directed to acknowledge God’s will by saying a blessing whose conclusion is “Baruch dayan ha’emes” — “Blessed is the ultimate Judge.”

The Talmud directs that if there is an inheritance as a result of the loss, that blessing be followed by another one: The blessing of shehecheyanu, a declaration of thanksgiving traditionally recited on happy occasions like holidays.

Shocking as that instruction might seem, it is duly codified in the Shulchan Aruch, the central code of Jewish law.

The shecheyanu blessing is not meant to telegraph any diminution of the sadness born of the tragedy of loss. It is simply a recognition that something worthy of a blessing of thanksgiving has also occurred, even if it was the result of a calamity. Later authorities explain that the tragedy and blessing, while cause-and-effect, are disparate things, each to be acknowledged in their own appropriate way.

The implications for all American Jewish families who stand to benefit from substantial relief from their economic burdens are clear. Even as we begin to emerge from a year of tragedies and challenges, the good has, all said and done, followed as a result requires us to be thankful to our Congress and our President, of course, but still, most of all, to our ultimate Judge — and protector.

Rabbi Avi Shafran is a columnist for Ami Magazine, blogs at rabbiavishafran.com and serves as Agudath Israel of America’s director of public affairs.

Biden’s COVID relief plan is a balm for Orthodox Jews