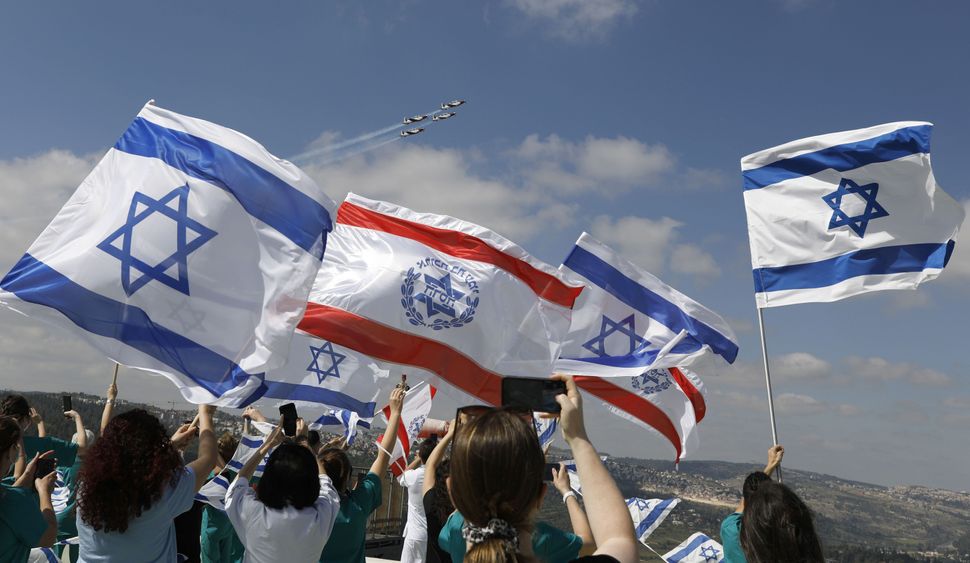 The last century witnessed more than its fair share of horrors, but also its allotment of glories: man landing on the moon, breakthroughs in civil and women’s rights and the defeats of both fascism and communism, among other great steps forward.

Perhaps two of its greatest stories of the triumph of life over death are the march of COVID-19 vaccines that have already eradicated much misery — although global distribution is just beginning — and the establishment of the State of Israel three years after the end of the Holocaust.

These two stories have collided in a remarkable way in the 21st century. As Israel celebrates the 73rd anniversary of its founding on Thursday, an occasion marked by the holiday Yom Ha’atzmaut, it also is enjoying the triumph of a year when its success in inoculating its population wrote a new entry in the young country’s litany of improbable successes. Israel has outpaced the rest of the world in vaccination rates, providing a model for the post-COVID future.

Israel’s overall performance during the pandemic creates, in some ways, a portrait of the country, complete with outsized wins, persistent fractures and ever-present chaos. The notable failure in imposing social distancing or otherwise curbing the spread of the disease prior to vaccine distribution, for instance, highlights the country’s tendency to bounce between headshaking disaster and eyebrow-raising success.

But the achievements of the last year of Israel’s history extend beyond the pandemic. 2020 saw the fewest Israelis ever killed in violent attacks due to conflict or terrorism: just three. The previous record was set the year before. This is the most peaceful period Israel has ever known. The country now lives with a degree of security that previous generations would have seen as something like the best-case scenario.

The Abraham Accords have achieved something close to systemic regional change, with the suggestion of more agreements on the horizon. Many Israelis were, no doubt, disheartened to see Donald Trump go. But if the Biden Administration that means what it says when it talks about an “ironclad” commitment to Israel, the country has the opportunity to lock in gains made over the last four years in an enduring bipartisan fashion.

Even the Iran question, and ongoing Israeli angst about Biden’s decision to reenter negotiations over the 2015 nuclear deal, speak to strength more than weakness. Israel has consistently displayed the ability to frustrate Iran’s ambitions via a range of covert means and maneuvers, and the bluster of the country’s leaders suggests it occupies not the position of regional hegemon, but rather that of rogue and reeling actor on the world stage.

There are two sources for concern amidst all the causes for celebration: one internal, the other external.

Israel’s political system is broken. Too often, when the topic of Benjamin Netanyahu’s interminable reign and the attendant endless series of inconclusive elections comes up, Israelis and their friends abroad shake their heads and share bromides about the national trait of rambunctiousness.

This is a mistake. A country that is thriving diplomatically and culturally deserves leaders who can see beyond their own self-regard.

Israel has had no shortage of these in its history, of every political stripe. The reason why Israel took off as a foundling nation after World War II was because it was blessed with men and women willing to put their shared national project before anything and everything.

Seven decades later, the choice surely cannot be between Netanyahu and oblivion. Don’t we have more faith in the Zionist project than that?

The second fly in the ointment is the fact that defending Israel in the places where elite opinion is manufactured and disseminated now requires courage; it is not the status quo.

This is not necessarily a bad thing. The break-up of complacencies have a way of separating the moral wheat from the cowardly chaff, and being an underdog has always been the quintessential Jewish and Israeli posture.

On campus and elsewhere, Israel needs proud fighters. The formation of a group like the New Zionist Congress is a hopeful sign that there are many who still feel inspired by the ideals that guide Israel, and see fighting for and with that spirit as the cornerstone of their Jewish and intellectual identities.

In the next month, Ben Gurion Airport will once again open to visitors from abroad. It is a fortuitous moment to return with fresh eyes and a renewed sense of possibility. The Jewish State is spinning right along: Year 74 promises to be quite a ride.