The IHRA antisemitism definition is supposed to protect people like me. It won’t. 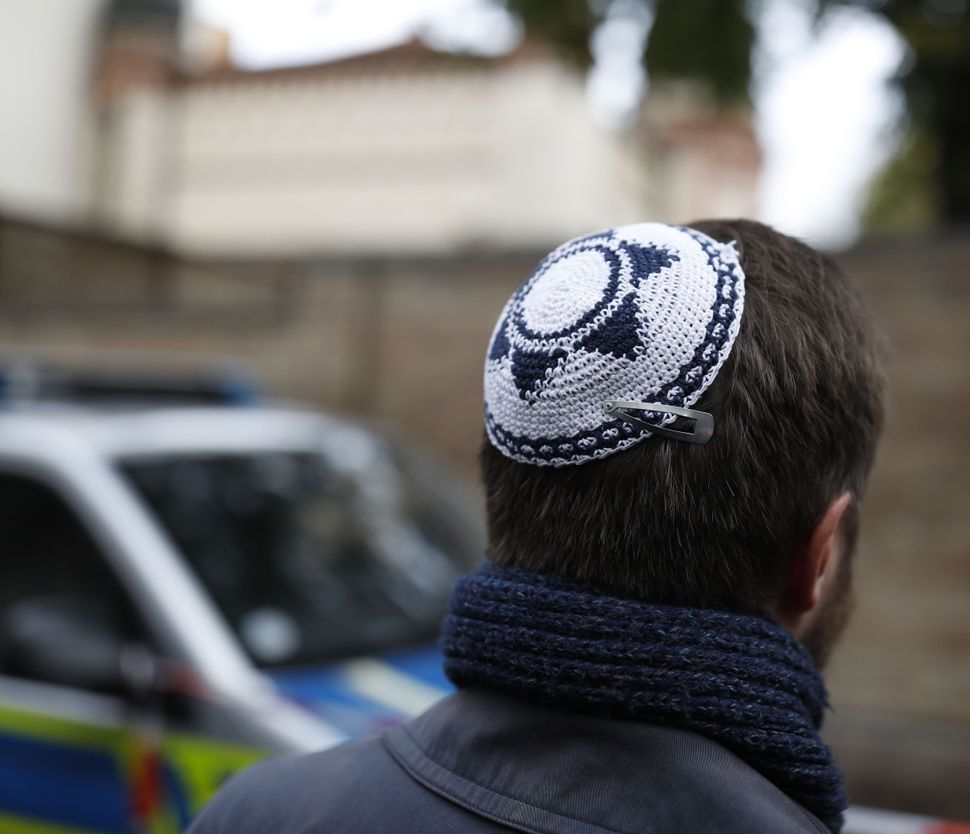 A man wearing a kippah. By Axel Schmidt/Getty Images

“Fuck Israel!” yelled the man at the crosswalk.

I’m very visibly an Orthodox Jew: I wear a kippah and sport a full beard. The man, who I’d never seen before, was looking straight at me. It was a sunny Friday afternoon in Washington, D.C. Thankfully, the light turned green, so I could quickly walk away. But my easy escape didn’t change how disturbing it was to experience antisemitic harassment in broad daylight.

Intuitively, it’s easy to say that the man who yelled at me was being antisemitic. But explaining why that’s so clear is difficult. In a different context, the phrase “Fuck Israel!” might read as mere political exasperation.

The need to explain what makes tricky moments like this antisemitic was, I think, what led the International Holocaust Remembrance Alliance to develop its Working Definition of Antisemitism, which it released in 2016. That definition, which proponents have promoted as the international norm, causing a fair bit of controversy along the way, aims to clarify intuitions about antisemitism and tease out ambiguities.

But while I admire the intentions and work that went into the IHRA definition, it is a failure. The definition is structured in a way that does nothing to protect Jews from antisemitic incidents like that which I experienced in that D.C. crosswalk, and it needs to be rejected.

The basic IHRA definition, which is accompanied by illustrating examples and some proposed definitions of what might constitute criminal antisemitic behavior, is the following: “Antisemitism is a certain perception of Jews, which may be expressed as hatred toward Jews. Rhetorical and physical manifestations of antisemitism are directed toward Jewish or non-Jewish individuals and/or their property, toward Jewish community institutions and religious facilities.”

Proponents of the definition have explained that this kind of clarity is offered in the accompanying examples. But the definition hedges on establishing how seriously the examples should be taken, claiming they are not exhaustive and that they should only apply when “taking into account overall context.”

Practically, that means they don’t go far in resolving the definition’s inherent vagueness.

The examples themselves also tend to be too broad to be genuinely useful. One example, for instance, states that “Applying double standards” in criticizing the state of Israel might be antisemitic. But “double standards” rhetoric can be easily grafted onto almost any political disagreement; we see it deployed in bad faith here in the U.S. every day. And, more importantly, it often isn’t useful for interpreting incidents; I had no chance to discover if my crosswalk accoster has a habit of randomly condemning other countries, and even if he did, I’d still think what he said to me was antisemitic.

Another example: My first roommate in college, who had never met a Jew, told me when we first met that because I was Jewish I must be very smart. He meant it as a compliment, but he was relaying an antisemitic stereotype that is rooted in the trope of Jews as crafty or clever. The IHRA definition’s examples of antisemitism include “dehumanizing, demonizing, or stereotypical allegations,” but don’t address the gray areas: A stereotype deployed out of genuine ignorance, as by my genuinely lovely roommate, is different from one deployed with malice.

As with the man who yelled at me in the street, context clues help us understand these situations, but only if we know what to look for. A truly useful definition of antisemitism would provide a framework for making those calls.

There’s value in creating a widely-accepted definition of antisemitism. But it must be designed around straightforward application and clear foundations. The work of developing a clear definition could be made easier by engaging with the decades of academic work that have wrestled with similar difficulties in defining forms of racism, xenophobia, misogyny and other prejudices. For example, work done by Asian-Americans and Pacific Islanders in explaining how the “model minority” myth feeds into systemic anti-Asian racism could also useful in explaining why my roommate’s antisemitic trope was problematic.

While antisemitism is a unique prejudice in many ways, it can be best understood through a broader lens examining how bigotry operates. As one of the people the IHRA definition was crafted to protect, I don’t believe it will help keep me or other Jews safe.

Isaac Brooks Fishman is an administrative law attorney who lives in Washington, DC.

The IHRA antisemitism definition is supposed to protect people like me. It won’t.