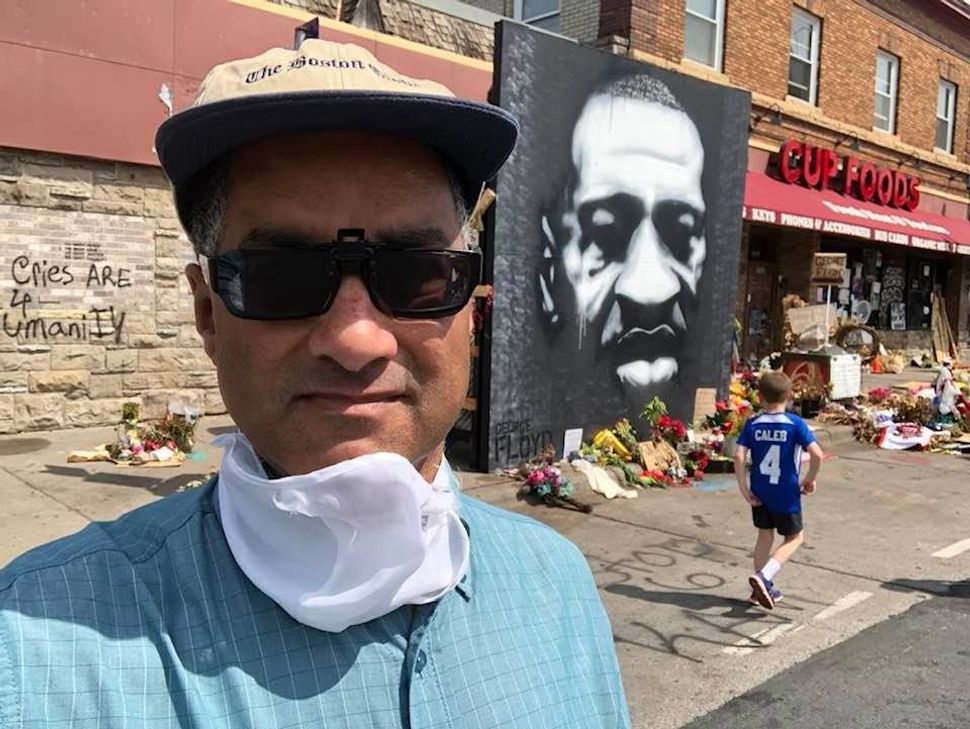 If you do nothing else over Shabbat on May 14 and 15, whether you go to shul or not, say kaddish. And say it for George Floyd. Say his name.

George Floyd was killed on May 25, or 2 Sivan, which corresponds to May 13 this year. If it is your tradition on the following Shabbat to say kaddish for those to whom you are not related or those who are not Jewish, say kaddish for him. If it is not, say his name sometime during that Shabbat, perhaps when you rise or when you pause during the day.

It isn’t an act of baptising the dead and hardly a posthumous conversion. As is oft-repeated, kaddish is a prayer for the living, and an opportunity and responsibility to remember the dead.

And the best thing we could do to go on with our lives in these troubled times is to say his name. It’s the ultimate reminder of the inhumanity of racial oppression that we must and shall overcome. It’s also, barely a month after the officer who killed Floyd was convicted of murder, , a glimmer of hope that maybe, finally, justice long denied to a people wronged for centuries can at last be achieved.

And among too many others — even if you must add an asterisk to it — Ma’Khia Bryant. Saying her name isn’t your vote in a final determination of which deaths are justifiable and which are not. It is, rather, an acknowledgment of the tragedy befalling all who die before their time, and the devastation to those left in their wake. Say her name. Again, for us, the living. Say their names.

And in saying George Floyd’s name on the Shabbat of 3 Sivan, remember the little we do know about him — not the terrible pleas for his life and cries for his mother in his diminishing last breaths, but the warmth of his truly infectious smile, lighting up the face of Big George, in photos that can only elicit smiles of our own.

Say his name. Say it because it matters, and not just politically. In another liturgical arena that cast a pall over far more than its own adherents, I can recall covering the Catholic Church sexual abuse crisis at its Boston epicenter nearly two decades ago. In what may be loosely interpreted as that faith’s equivalent, the names of those to be particularly blessed are spoken in the intentions during Mass. Somehow, one Sunday, the by-then weekly blanket phrase “for the victims of child sexual abuse by clergy” — was omitted.

As a Jewish journalist listening more than participating, I noticed its absence perhaps more than the worshippers, and asked the church spokeswoman why it had been left out. She apologized profusely; a clerical oversight, she explained, adding that the priest had not forgotten in his heart, and certainly neither had God.

We can’t allow ourselves to forget, not with the pain of just a year ago still unhealed, not unless we want to allow his name and memory to dissipate into meaninglessness. Not if we are to grasp the scintilla of hope that maybe this time, change will be lasting, and begin to apply that hope to our hearts.

And lastly, if we allow that supplication and commitment to justice to take root, say his name because as hard as it is, it’s simple to do.

You need no one’s permission beyond your own; no special tools or accoutrements, no vast commitment of money or time. Whether in person or online, with others or alone. The only thing required is that you mean it, hear it, feel it, in your soul.