Toxic leadership in the Jewish world goes beyond sexual misconduct. A reckoning must come. 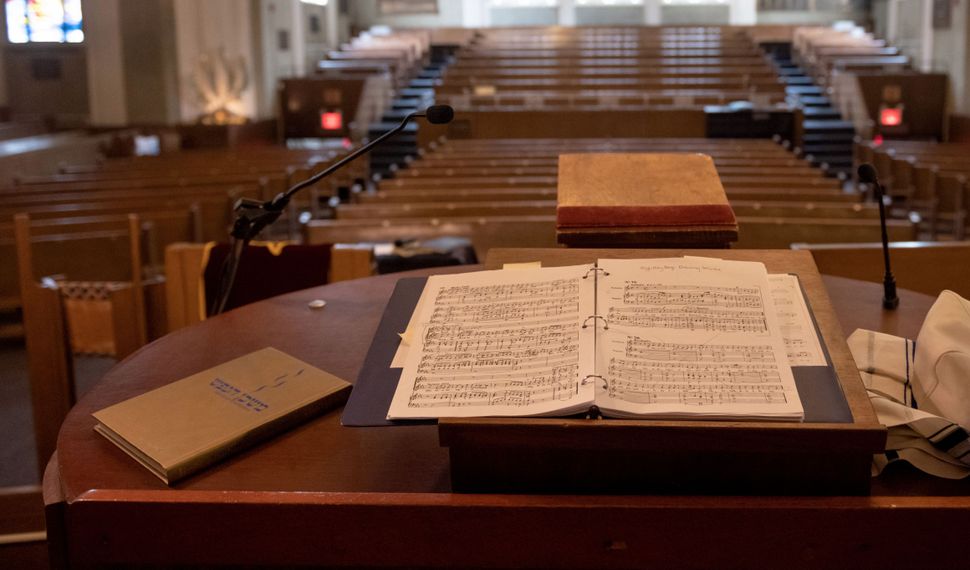 We’re in the middle of yet another reckoning with abuse in the Jewish community.

The Forward reported last week that a former senior leader of the Reform movement had sexually assaulted members of his congregation and may have committed other acts of abuse and harassment — and that the Reform movement may have kept details of this misconduct from the public.

It’s likely that this news may be the first of many revelations across the Jewish world in the coming weeks and months, particularly as the Union for Reform Judaism launches an independent investigation into sexually inappropriate conduct that may have occurred under its watch.

These are critical conversations. We must talk about clergy who sexually abuse, and the people and institutions that cover for them.

But our grappling with the issues in Jewish sacred leadership cannot and must not end there.

Our conversations about healthy leadership, appropriate boundaries, appropriate modeling of spirituality and non-toxic theology cannot, and should not, begin and end with the question, “Is this person a sexual abuser?”

We also must talk about clergy who — even outside any context of sexual abuse — manipulate. Who gaslight. Who abuse the teacher-student power dynamic.

The clergy who blur emotionally necessary lines between themselves and those who rely on them for spiritual learning and guidance. This kind of fuzziness is a problem, regardless of whether or not it’s sexual.

The ones who let you in, just a little too much. Who don’t just encourage you to open up, but maybe push a little too far. Who say things like, “You can trust me!” “You’re really special, you know.” “I don’t want to play it safe.”

About the clergy who do that trick of staring into your eyes, deeply, to make you feel so seen — and then tell you what they want you to do.

The clergy who are energy vampires.

The ones who lower boundaries around touch — even if they never cross the line into legally-defined harassment or assault.

The ones who, even if they are not sexual abusers themselves, learned how to be clergy from abusers, have abusers as role models and pass on abusive approaches and tactics to their students.

The ones who will say things to you privately that they might deny having said in public.

The ones who offer what seems to be a narrative about spirituality, but is really a story about ego.

Whose Torah, sermons and teaching reflect a toxic worldview, one that doesn’t honor congregants’ agency, selfhood and intuition.

The clergy who teach that spirituality is all about warm, pleasant feelings, who do not help you to do the hard, painful work that a true spiritual practice also demands. This is a concept known as spiritual bypassing — defined concisely by Rabbi Rachel Barenblat as the wrongful use of “spirituality to justify avoidance of things that are painful or uncomfortable, like anger or conflict or boundaries.” Often, it comes hand-in-hand with an eliding of boundaries, a rush towards forgiveness without accountability, a denial of the need to speak difficult truths, a drive to pretend that situations are healthy or safe when, in fact, they may not be.

In many ways, it’s more difficult to talk about these behaviors, because they are less concrete than instances in which we can say, “This person said or did such-and-such specific thing.” And goodness knows getting to the place where we can name sexual abuse has not been simple work, and we’re not even fully there.

We are in no way done with reckoning with sexual abuse by clergy or the systemic overhaul now needed — and long needed — to address that abuse. Silence breakers are heroes.

And, at the same time, we must talk about these other clergy problems. I have seen all the above issues manifest in a single leader. I’ve also seen many leaders who do one or two of them.

Those who are in lay leadership need to learn to identify toxic leadership styles among clergy, and to meaningfully address them. Even if the leaders, and the toxic styles they use, can be inspiring. Even if they make you feel good.

And those of us who are clergy need to be honest in facing the question of how we may have blurred these lines ourselves.

When our egos have gotten a little too inflated by the work of teaching Torah.

When our own unhealed wounds or emotional needs have slipped into the driver’s seat, often without us even noticing.

When our burnout has prompted us to lean harder than we should on others to help pick up the slack.

What ideas have we absorbed about what holding space in ritual looks like? About how to touch people’s souls when preaching? About communicating compassion in pastoral counseling? About what our communal norms should be for creating connection?

Where did we learn those ways of doing and being? Who do those ideas serve? And who do they empower? What tools do we have to discern that?

We have barely begun to deal with the sexual predators in our midst; there are many more yet to be revealed, and many more still who will likely never be outed. We have not yet begun to identify the people who cause this other, non-sexual kind of boundary abuse, or even come up with a way to name it.

We must also ask these other questions, grapple with them, if we want our sacred spaces to be healthy, to truly serve God and our communities. This, too, is our work.

Rabbi Danya Ruttenberg is Scholar in Residence at the National Council of Jewish Women and the author of seven books. Her next book, on repentance and repair in the public square, is due out in 2022.

Toxic leadership in the Jewish world goes beyond sexual misconduct. A reckoning must come.