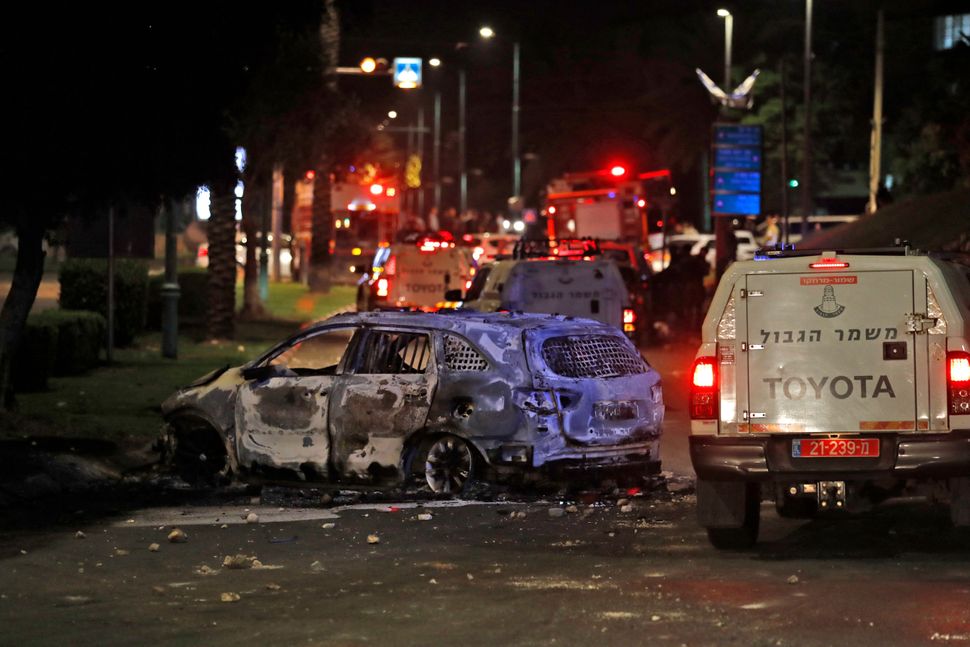 Every day, I read about our complicated world in the news. And I ask myself: what would my father think about this? And what would he have done?

Many days, it’s not easy to know. But I’m relieved to know that the answer today is clear.

Rockets have been launched at Ashdod, Ashkelon, Tel Aviv and Jerusalem. And I know my father would have flown to Israel, the way he did during every one of its wars from 1956 until Operation Protective Edge in 2014, two years before his death.

My father appreciated that many Diasporic Jews supported Israel by raising money and defending its actions to a hostile world. And while he disagreed, he also understood that other Diasporic Jews expressed their passion for the Jewish state through criticism.

He had opinions, but for the most part, he felt it was for Israel’s citizens to decide how best to achieve peace and security. And he was deeply grateful that Israel existed. Israel was a dream his grandmother had whispered to him as an infant. And it was the only reality that could guarantee to him that the Jewish people would never again be decimated.

For him, the consequence of that gratitude was simple. He would stand with Israel.

Thirty years ago, when Iraq’s Scud missiles fell on Israeli soil, my father went towards the danger. And in the event of his death, he wrote me a letter. My mother gave it to me, unopened, after he passed in 2016.

“Should anything happen to me in Israel,” he wrote, “I hope you will remember at least some of the things I tried to share with you”.

Part of Elie Wiesel’s 1991 note to his son, Elisha. Image by Elisha Wiesel

Here were the things he enumerated:

“Remember my father after whom you have been named.”

“Remember that you are a Jew.”

“Remember that, even within the doubt, there is a God — the God of Israel.”

There was more, but just as powerful as his words was their circumstance: the instinct of a survivor to stand with his people in moments of danger.

In my mind’s eye, I can see him in the fluorescent light of a bomb shelter, gas mask at the ready, scratching these instructions quickly onto a page and putting them into a pocket.

And I can see him standing with Israel today, witnessing everything, there to be counted among our people, with all of the attendant dangers that face us.

Some dangers are external: Gaza rockets, fired from behind the protection of civilian shields, land on an Israeli school in Ashkelon; a senior citizen and her caretaker are killed before they can get to safety. Arab rioters stone cars and threaten to lynch Jewish drivers. They trash synagogues in a scene reminiscent of the pogroms we had hoped were relegated to history.

But other dangers are internal: extremism, injustice, anger, naïveté.

Two weeks ago, extremist Jews from Lehava added fuel to the explosive situation by attacking innocent Arabs. The courts agonize over eviction cases in Sheikh Jarrah that risk perpetuating two standards for property law. Otherwise empathetic individuals express callousness to the tragedy of Palestinian casualties as Israel responds to rocket attacks. And some American Jews naively cry for the US to condition aid to Israel, as if the Iron Dome saving lives were an indulgence, as if withdrawing from the West Bank were a riskless proposition.

I listen to the sirens and screams of young children as my cousin, on the phone with me just outside Tel Aviv, dives to the sidewalk as missiles fly overhead.

I do not know how this will end.

But I know that the hatred of Jews is real, and did not disappear in 1945.

I know that I will observe Yartzeit tomorrow night for my grandparents and aunt who met their death in Auschwitz seventy-seven years ago. And I know we now have a country and an army devoted to making sure that no more Yartzeits need to be observed for murdered defenseless Jewish men, women and children.

And I know, as my father did, that Israel will survive because it will fight when it needs to fight, and it will make peace when peace is possible. Israel will do what needs to be done.

My father stood with Israel.

Elisha Wiesel is the son of Marion and Elie Wiesel.