If the G7 wants Middle East peace, Biden should invest in people-to-people peacebuilding. $200 million should do it 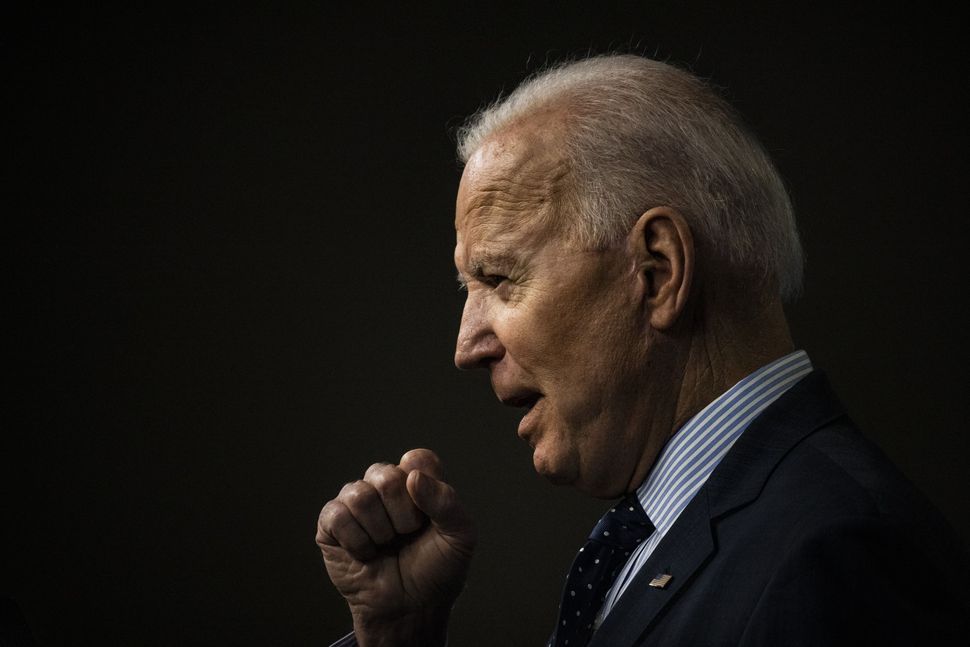 The international community rallied to help end the devastating war that engulfed Israelis and Palestinians last month. Leadership from President Biden helped to secure a ceasefire after 11 days. The ceasefire was followed by important pledges from the U.S. and others to support vital reconstruction in Gaza.

As of yet, however, it is not clear that there is as much urgency being directed toward ensuring such violence never occurs again. That is something that President Biden now has a chance to address, when the world’s leaders convene at the G7, by establishing a global initiative to fundamentally reshape Israeli-Palestinian relations through people-to-people peacebuilding activities.

The variables that led to this escalation all remain in place. Sheikh Jarrah and the Temple Mount remain a tinderbox. The people of Gaza remain besieged, while Hamas re-arms for the next round of indiscriminate rocket fire, and a military occupation of the West Bank marks its 54th birthday this week. And beneath it all, 90% of Palestinians and 79% of Jewish Israelis do not think it is possible to trust one another. Until that changes, final status diplomacy simply cannot succeed.

I run a coalition of over 150 organizations that has brought together tens of thousands of Palestinians and Israelis over the past decade to promote cooperation, equality and real conflict resolution. People-to-people peacebuilding programs are proven, in study after study, to be incredibly effective in transforming the attitudes of participants. They reverse fear and dehumanization, create ideas and institutions that can break the political deadlock, and produce citizens who place resolution of the conflict at the top of their political agenda — and as a core part of their identities.

Peacebuilding activities already work across multiple sectors in an effort to reach as many corners of society as possible. Take EcoPeace’s Desalination/Solar Nexus, which promises to link Israel, Palestine and Jordan in a cooperative and interdependent structure allowing clean water and cheap energy for all. Then there is Project Rozana’s work to provide ventilators, vaccines and hospital equipment to clinicians in the West Bank and Gaza, all rooted in Israeli-Palestinian partnership. Or the Near East Foundation’s Olive Oil Across Borders programme, a cooperative farming project that provided over $20 million in revenue to Palestinian farmers, and could be extended to other agricultural sectors. Or the Abraham Initiative’s vital work to mobilize Arab and Jewish citizens of Israel, as well as their leaders, to resist the sectarian violence that exploded in mixed cities last month.

Repeated evaluations and studies show that between two-thirds and three-quarters of participants in these programs have transformed attitudes, lasting many years after participation. Yet we have never funded them at a level where they can transform not just individuals, but whole communities — whole societies — and the politics that flow from them.

We saw the impact and caught a glimpse of the inherent potential of these civil society peacebuilders during this recent violence. They were able to rally thousands of Palestinians and Israelis to call for peace and equality, and held together Israel’s shared cities, which seemed poised to slip into uncontrollable sectarian violence. As former U.K. Foreign Secretary David Miliband recently said, this was the “only chink of light” in this moment. During last month’s violence, it was hard not to wonder what might be different had we spent the last few decades investing in their work.

It is never too late to do the right thing, and the Biden administration already has a powerful new tool at its fingertips. The 2020 Nita M. Lowey Middle East Partnership for Peace Act is a $250 million bipartisan law aimed at funding both civil society and economic projects that can create the foundations that conflict resolution requires. The Lowey Fund is inspired by the International Fund for Ireland, which delivered and unlocked over $2.4 billion for civic and economic peacebuilding programmes in Northern Ireland. Starting 12 years before a peace agreement, it built the foundations and civic capacity that successful diplomacy needs, with Chief Negotiator Jonathan Powell calling it ‘the great unsung hero’ of the Good Friday Agreement.

There now exists an urgent opportunity to finally take a scaled and structured approach to this conflict, too. The G7’s hosts, the U.K., have already endorsed the concept of an International Fund.

Just last week, 65 Parliamentarians wrote to the Foreign Secretary urging him to use the G7 is an opportunity for the U.K. to play “a decisive leadership role and commit to the International Fund for Israeli-Palestinian Peace.” With $250 million in U.S. funds already committed and Congress impatient to see it implemented, as well as G7 partners like Canada announcing unprecedented levels of funding in recent days, there is the chance to do something legacy-setting and breathe new ideas into a process that has been moribund for years.

President Biden has the opportunity on Friday to lay the foundation for a real peace process. A process that puts Palestinian and Israeli citizens — not their leaders — at the core rather than the margins; that reorders rather than just reconstructs; and has equality, peace and Israeli-Palestinian partnership as both its goal and its day-to-day methodology.

John Lyndon is the Executive Director at the Alliance for Middle East Peace. He has over a decade of experience leading NGOs in conflict resolution and international development – especially in Israel and Palestine. Lyndon is a frequent analyst on BBC, CNN, France 24, and Sky News as well. You can follow him on Twitter @JohnLyndon._

If the G7 wants Middle East peace, Biden should invest in people-to-people peacebuilding. $200 million should do it