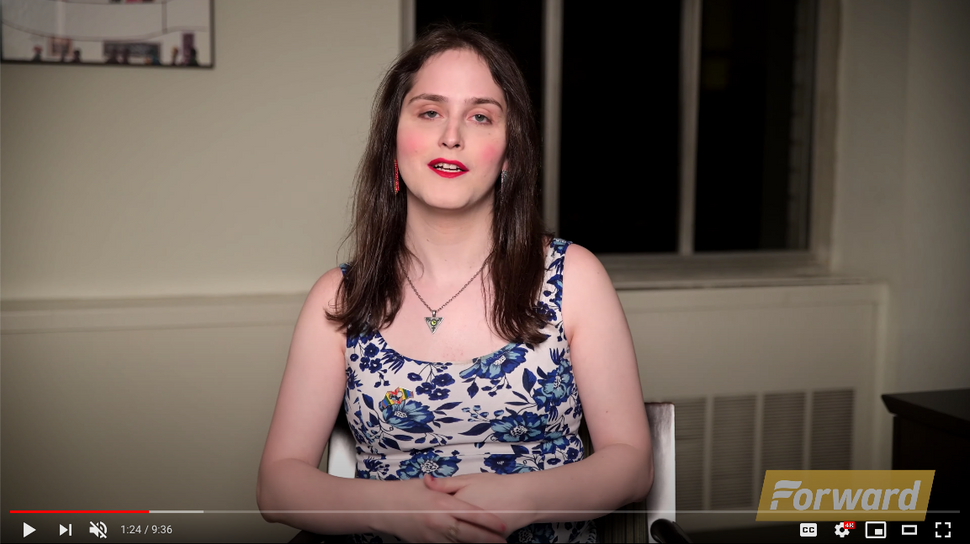 Abby Stein for the Forward Image by Jake Sojcher

Abby Stein is a proud Jewish woman. But growing up, she didn’t feel that Judaism had a space for people like her.

Abby was raised in an ultra-Orthodox hasidic Jewish community, and as she puts it, “growing up, we had a very strong focus on studying, researching, questioning and finding answers in texts.”

The Torah and Talmud — and rabbis’ interpretations of them — dictate every aspect of Orthodox life. These texts are seen by the community to prohibit anything but traditional heterosexual marriages — which made growing up as a woman inhabiting a male body very challenging.

But when she turned 15, Abby started to find answers. She discovered a Kabbalistic text that “for the first time ever gave me any sense that who I am might be valid at all, and specifically within the context of Judaism.”

Abby, an ordained rabbi, has since left the hasidic community and made a Jewish life of her own, a process she describes in her book, “Becoming Eve.”

In the following video, Abby Stein explains three texts that have helped her make sense of her own identity as a trans Jewish woman.

“While I don’t think that we need text to justify who we are…I do think that [texts] create something so beautiful and powerful,” she told the Forward.

“I’m hoping that looking at these texts and sharing them could help us all, if we wish, to find a space for us within Judaism to learn not to tolerate who we are, but to celebrate who we are.”