I was the NYPD’s only Jewish chaplain at ground zero. Here’s what I learned on 9/11 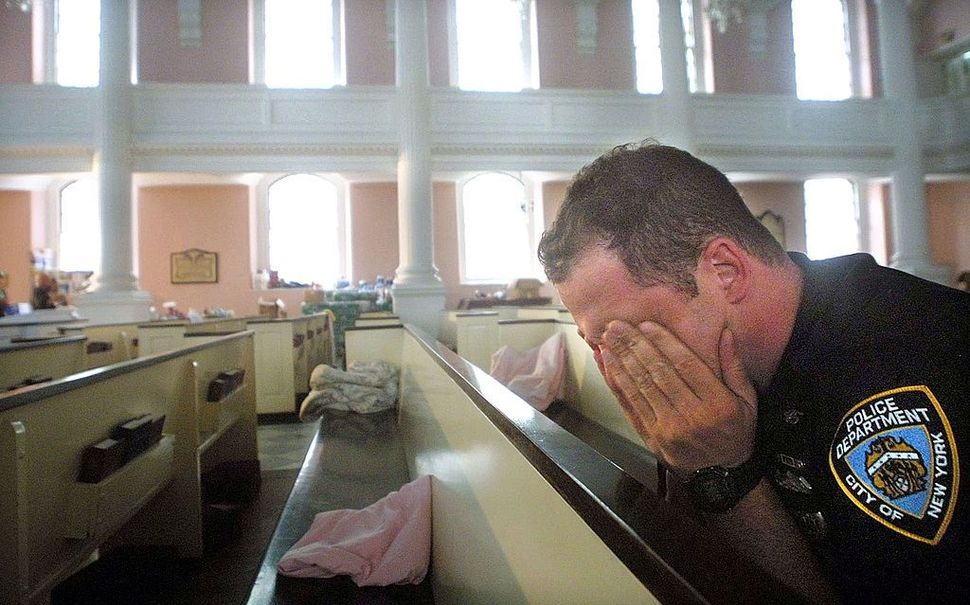 Rabbi Alvin Kass is the current head of the NYPD chaplains and is also the longest-serving chaplain, having worked under 7 mayors and 16 police commissioners. Rabbi Kass was on duty the day of Sept. 11th, 2001. Twenty years later, the Forward spoke to Rabbi Kass about his impressions of that tragic day, how his fellow NYPD chaplains and officers responded, and the spiritual lesson that can be learned from overwhelming devastation.

A few minutes after the second plane hit the World Trade Center, I prepared to head to ground zero.

I have served as an NYPD chaplain since 1966, and am the only Jewish chaplain. There are twelve of us total, and on 9/11, we all merged our efforts to try and get through it. Our religious beliefs differed, but that day I realized that faith in the face of adversity is a primary value.

As the NYPD car attempted to take me to a temporary headquarters set up on Vesey Street, we quickly realized that the location had been changed, as the perimeter of destruction kept expanding rapidly. 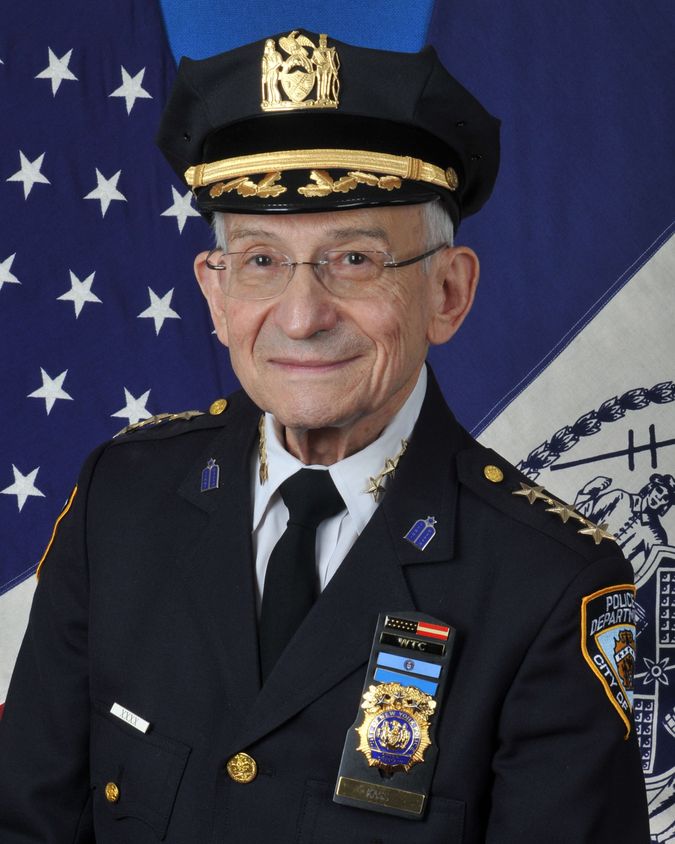 We ended up at Stuyvesant High School, about a mile from the World Trade Center, and it was quite a scene. Exhausted police officers and firefighters lay in aisles of the auditorium trying to get a few moments of rest before heading back into the devastation. Nearby merchants donated sandwiches and beverages. Stuyvesant High is right on the Hudson River, and tons of boats were ferrying injured people to hospitals in New Jersey.

I headed to St Vincent’s Hospital to check in on injured police officers. When I arrived, I encountered probably the largest officer I had ever seen. Police officers generally have rather impressive physiques, but this guy was more ripped than anyone I’d ever seen before.

We sat down together, and I told him that I also felt like crying, because this was a terrible, horrible thing that had just happened. I also told him that, as police officers, we’ve got to do our best to keep our own personal impulses under control in order to be able to help other people through it.

After he calmed down, he told me that he had been a member of the last class to graduate into the force just weeks before. Imagine starting a new job and being confronted by an epic event of this nature — it was absolutely overwhelming, a baptism by fire.

Next, I went to an NYU Hospital. As I pulled in front of the emergency room, I saw an amazing sight: countless nurses, laboratory assistants, doctors, and other medical employees stood next to an endless line of gurneys, ready to assist the onslaught of people who they thought were going to be brought in.

Sadly, it turned out that there weren’t that many to help, because not many people were rescued from the unimaginable destruction.

Following 9/11, the auditorium of the NYPD Headquarters at One Police Plaza was converted into a hotel for the 23 families whose police officer relatives had not been accounted for. Everything in the headquarters was made available to them: showers, food, whatever was needed. None of the officers had survived, but we didn’t know that at the time.

We police chaplains circulated among these various families, trying to bring them a measure of strength and comfort and hope. Every half-hour or so, the top echelons of the police department — including the police commissioner — came down and reported the latest news, which all too often was no news at all. The hotel in the auditorium and the briefings went on for several months; we didn’t extinguish hope.

In the coming weeks, I attended every funeral of every police officer who perished in the 9/11 attacks. I generally made it a point to attend all police officers’ funerals who were killed in line of duty, but I felt that it was a moral obligation and especially important in response to 9/11.

I also conducted two funerals for Jewish officers. I told their families that you’re supposed to say Baruch atah Adonai, eloheinu melech ha’olam, dayan ha emet: Blessed is the Lord our God, ruler of the universe, who is a judge of truth, or truthful judge.

This means, essentially, that He knows what He’s doing. We don’t.

We can’t comprehend what He’s doing very often, but presumably He knows what he is doing, and we submit. We bow our head to what is often inscrutable and incomprehensible, and we accept it with a measure of faith and hope.

That really is the essential message of Judaism, in the face of evil. There is a moral law, an objective law that guides the physical phenomena of the universe — it’s a lawful process that governs moral affairs even if we don’t understand it. We have to accept that degree of incomprehensibility and accept in faith what we can’t comprehend.

A couple of days after 9/11, I got a call from an FBI chaplain — I’m also the Jewish chaplain of the New York office of the FBI — named Rob Dewey. He said that he was part of a federal emergency response team working at LaGuardia Airport to identify victims whose bodies had been recovered from ground zero. This was a huge scientific enterprise, involving psychologists, business people, funeral directors, forensic specialists, medical doctors and chaplains.

The 9/11 attack occurred on a Tuesday, and Rosh Hashanah began the following Monday evening. Dewey told me that there were a lot of Jewish people on this response team, and that they would like to have a religious service for the new year. He asked if I would be able to conduct it.

At the time, I was the pulpit rabbi of the East Midwood Jewish Center in Brooklyn. I told Rob that I already had to conduct evening and morning services for my own congregants, but that I could come out to LGA in between services in the afternoon.

During that service, we were in the midst of one of the most horrendous events that human beings had ever encountered, certainly the worst attack on American soil we had ever experienced. It was world shaking, unprecedented, and all of us were filled with question marks.

We recited the traditional prayers, asking “Who will live? Who will die? Who by the sword? Who by plague?” Rosh Hashanah is a time of uncertainty, a time when we think about what our fate is going to be in the new year, and here we were confronting this situation when so many had perished.

This group of people that responded, the emergency team that was now praying with me, instead of being preoccupied with anxiety, they came to help. They worked together. It was beautiful meeting them, and praying with them, and trying to find faith with them.

When the cantor blows the shofar, it is always an eerie sound. But that day it particularly had a mystical effect upon all of us that no other shofar blowing ever had. It will always be one of the most important religious experiences of my life.

Rabbi Alvin Kass is the Chief Chaplain of the NYPD.

I was the NYPD’s only Jewish chaplain at ground zero. Here’s what I learned on 9/11