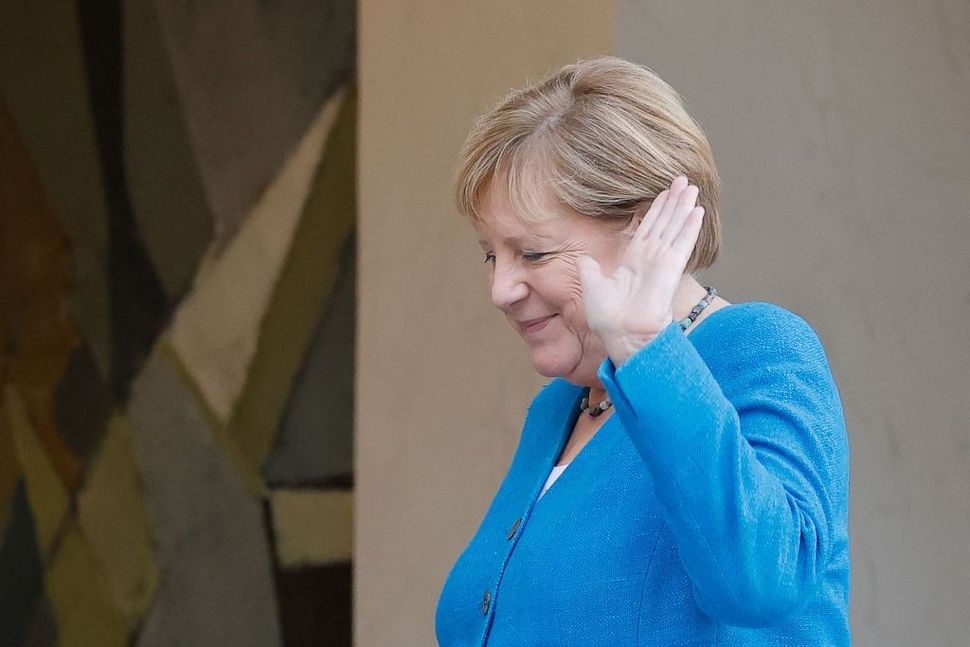 German Chancellor Angela Merkel waves as she is welcomed by the French president prior to their meeting and a working dinner at the Elysee Palace in Paris on September 16, 2021. Photo by LUDOVIC MARIN / Getty Images Contributor

First, a little catch-up for those who weren’t glued to German television Sunday night. The Social Democrats won with 25.7% of the total votes, followed by the Conservatives (Merkel’s Party) who were close behind with 24.1%. It was a psychological blow for the Conservatives — the worst result in the party’s history and many assume they will have to concede. But the Social Democrats aren’t on firm ground either and it’s not unprecedented in German history that the second-place party goes on to form a government and fill the chancellor’s office. The Social Democrats’ showings in national polls since 2021 in the past several years have been consistently weak, with only 14% of Germans favoring them as recently as June. 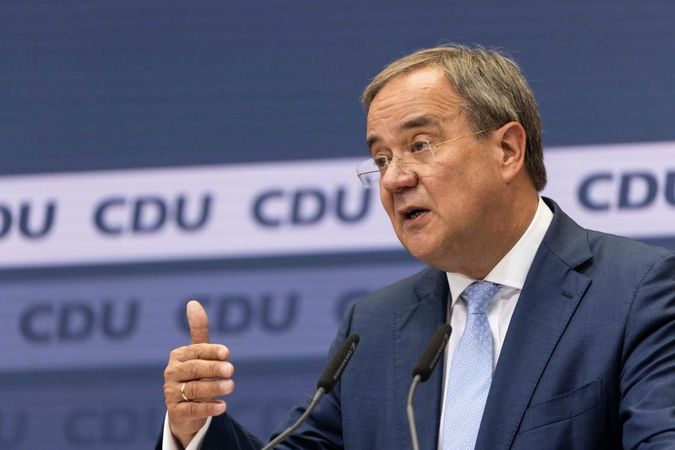 Whichever party prevails will need the third parties — the Greens and Free Democrats — to form a governing coalition. If a Conservative-led coalition forms, Armin Laschet will succeed Merkel. If the Social Democrats manage to pull together a government, Olaf Scholz gets the job. Germans have nicknamed these two possible governing coalitions for the parties’ colors. The first is what’s known as the “Jamaica” coalition after that country’s black, green and yellow flag, and it comes to power if the third parties band with the Conservatives. The second is the red, green and yellow “stoplight” coalition, which puts the Social Democrats in charge.

German Jews are likely to be much more comfortable with a Conservative-led coalition, both for who would lead it and who would join it.

Let’s first talk about the Conservative’s Armin Laschet. He is a devout Catholic who represents political centrism and strongly positions himself against right wingers. Now prime minister of North Rhine-Westphalia, he in July invited Chief Rabbi Pinchas Goldschmidt, president of the Conference of European Rabbis, for talks in which he strongly reiterated the necessity of standing up to antisemitism and supporting Israel.

He seemed to put muscle behind those words a few weeks later, when his government got word, just before the High Holidays, of a planned attack against a synagogue by a radicalized 16-year-old Syrian teenager. Police arrested him and warned the Jewish community of Hagen, which cancelled Yom Kippur services. We can assume that Laschet will continue Merkel’s zero-tolerance politics on antisemitism and make it a priority.

As for the Social Democrats’ Olaf Scholz, he’s the former first mayor of Hamburg and served as financial minister and vice chancellor in the last Merkel government. In May, Scholz joined a pro-Israel demonstration and proclaimed at a June pro-Israel solidarity rally: “Anyone who attacks Jewish life in Germany attacks the identity of German society and attacks all of us. We would have learned nothing from the atrocities of the Nazis if we had forgotten this principle.” 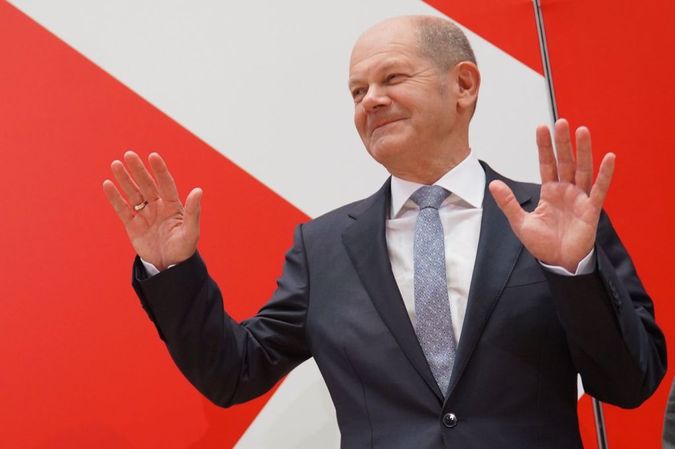 But Scholz has also given Jewish Germans pause. In 2017 he supported continuing a contract between Hamburg and several Islamic associations, one of which — the Turkish-Islamic Union for Religious Affairs — posted anti-Christian, antisemitic and anti-Western statements on its websites. (Such contracts give religious entities official status within a province and grant them certain privileges, such as the right to provide religious education in schools.) Another one of the associations — the Islamic Center Hamburg — supported the antisemitic annual Al-Quds demonstrations in Berlin until 2018. The local Jewish community had explicitly asked Hamburg to cut its ties to these groups, stating in 2017 that “Anti-Semitic and anti-Israeli statements have no place in Germany and must not be tolerated in our city. Especially not if there is a suspicion that these agitations were initiated by contractual partners of the Free and Hanseatic City of Hamburg.” But the controversial contract is still in force in Hamburg, which is still led by the Social Democrats.

It’s also been noted that the Social Democrats’ electoral platform, unlike the Conservatives,’ does not address Islamic extremism, which is worrisome to Jews who have tracked antisemitism within immigrant communities, such as the 2018 incident in which an Israeli man wearing a kippah was attacked by a 19-year-old Syrian national.

We need to carefully watch Scholz to see how serious he is about combating antisemitism.

As for the third parties who may be part of the coalition, the Free Democrats are strong supporters of the State of Israel and Jewish life, and the first party to initiate an anti-BDS resolution in parliament in 2019. That resolution passed with the votes of the Conservatives, Social Democrats and the Greens. Party Chairman Christian Lindner has said that Israel can count on the Free Democrats’ support, and called antisemitism a challenge for liberal society.

As for the Green Party, it publicly protests antisemitism. But it’s not a reliable ally of Israel. The Green’s Annalena Baerbock, who aspired to become chancellor herself in these elections, opposed sending military equipment to Israel in 2018. In Germany, the fight against antisemitism is strongly connected with support for Israel, but there’s no plank in the Green’s platform expressing solidarity with the Jewish state as there is in those of most other German parties that want to be part of a governing coalition.

So when it comes to the security of Jewish Germans, I’m inclined toward the Jamaica coalition, backed by Angela Merkel’s Conservatives and the Free Democrats, which both have strong track records combating antisemitism and allying with Israel. Other parties say what Jews want to hear, but it’s not clear they’ll act on their professed convictions.