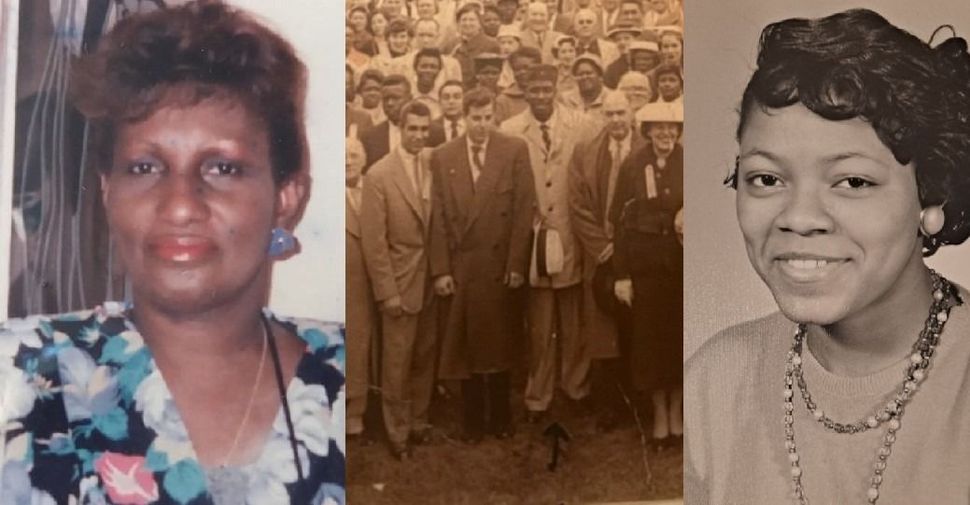 Several communities across the country are observing Martin Luther King Jr. Day with multigenerational activities, in which grandparents, parents and children reflect, and act, on the legacy of King’s work. The Forward asked three individuals from the Black Jewish community whose families had different experiences in the Civil Rights Movement to write about one of their forebears, and how those lessons helped shape them. Here are their essays. 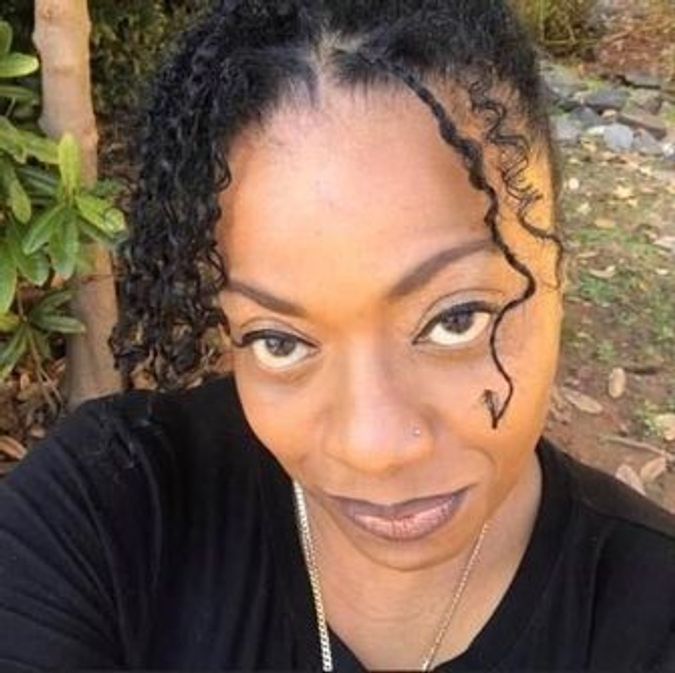 My grandfather marched with Martin Luther King and was very active in the Civil Rights Movement. As a child, I listened to firsthand accounts of the Freedom Rides and the dangerous voter registration efforts in Alabama, Mississippi, and other Southern states. My mother would tell us as children how my grandfather, a union organizer, would have to shave his mustache and disguise himself while traveling through some of those places because people would be looking to harm Yankees coming from up north to start trouble.

As a labor leader, organizer, and trade unionist, William “Bill” Tate attended the March on Washington in 1963. He was personal friends with Coretta Scott King, Ethel Kennedy, Myrlie Evers, Rachel Robinson, Andrew Young, Harry Belafonte and others who worked with King to afford Black and Brown people the rights we all share today. He and other labor leaders worked tirelessly to make King’s birthday a national holiday, and succeeded in doing so in 1983.

My mother ob”m continued her father’s work. Like King, she used her voice to amplify the struggles of African and Black Jewish men and women in this country and abroad. She and my father lobbied on behalf of Iranian, Yemenite, and Ethiopian Jewry trying to escape religious persecution in their home countries and supported the efforts of Black Jewish children integrating predominantly white Jewish schools in the U.S. As children, we never attended classes on Dr. King’s birthday, but instead sat at home listening to his speeches and watching “Eyes on the Prize,” the documentary series on the Civil Rights Movement. My mother felt strongly that if the children in those films could face racism and bigotry head-on, then her own children – the only Black children attending predominantly white yeshivoth at that time – could do so, too. And we did.

Chazal teaches us that the world stands on three things: Torah, service, and acts of love and kindness. Torah also teaches that while it is not upon us to complete the work, we are not free to desist from it.

My grandfather’s fight for civil rights and mother’s commitment to service have never left me. Today, their descendants are community activists who have marched on Washington to fight for equal justice, racial equality, and the right of women to choose. We’ve worked in our personal lives to be better people and in our professional lives to achieve equality for Jews of Color in predominantly white spaces. The work is hard and the laborers are few. But like King, we have a dream whose time has come, and it propels us forward. We too dream of a day when every Jewish child will be valued for the content of their character and not the color of their skin.

We will continue working until that dream is realized.

Akedah Fulcher-Eze is the founder of SULAM Africa and CEO of Eze Yoffi Edutainment Studios. She grew up in Crown Heights and currently resides in Birmingham, Ala., and Enugu, Nigeria. 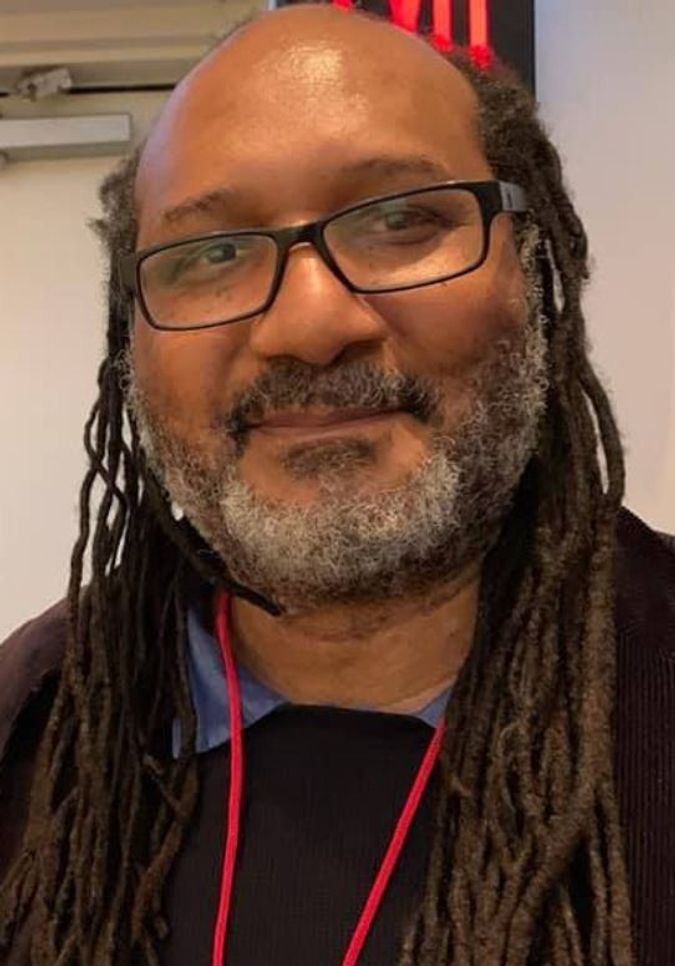 My mother did not know Martin Luther King. She immigrated to the United States from Jamaica in 1969, a year after his assassination. But she was a movement activist, especially with unions. We should remember that King was assassinated in the midst of the sanitation workers’ strike in Memphis. Yvonne Patricia Solomon did her utmost to make sure her children knew exactly what he had been doing and encouraged us to stand up for ourselves and not take any crap.

Reunited with her in 1971, I noticed photographs of King gracing the walls of our home. Words weren’t necessary for the central point: King was not only a great man, he was also a good one.

I remember watching footage of nonviolent protests met with the full force of violent hate from white “civil” society. One could imagine the confusion that posed for a child. Learning that King served time in a Birmingham jail, I remember asking my mother a question that I subsequently discussed with my children: Why was a good man being treated like a bad man? How could we call our society good when it attacks and places good people in jail?

My mother was never afraid of the truth. She explained that King was not only a man of words. He was a man of courage who understood that talk was cheap if one were not willing to take on the wrath of an unjust system.

I learned that King was committed to what was greater than himself. I learned that he was arrested at least 20 times, stabbed, and his house bombed. One of his greatest writings is his “Letter from a Birmingham Jail,” written on scraps of paper smuggled in to him. It is a classic on civil disobedience. The other side of civility in times of injustice is disobedience to injustice. One must fight for a better world.

My mother was in fact conveying two interpretations of tikkun olam. One was not to make King into an idol, but instead to learn from the greater responsibility he took on. The other was what it means to take on the responsibility of building a better world for all.

That’s exactly what she did: through her work on voting rights campaigns, her work among the union leadership for clerical and medical workers in the Bronx, her efforts for children struggling through the foster care system, and the many community projects she co-organized for people from all walks of life facing poverty.

My mother’s words and deeds weren’t for naught. I subsequently joined the world of activist musicians and scholars, and devoted my life to struggles for dignity, equality, freedom, justice, liberation, respect. In addition to my writings on antiblack racism and freedom fighters such as Steve Bantu Biko, Frantz Fanon, and Malcolm X, as well as King, that commitment took me to work in solidarity with forlorn and oppressed communities across the inner cities and rural U.S. to those from Brazil to India to South Africa.

Like King, my mother is now an ancestor. But the values she offered, through her words and deeds, inspired not only me but also so many who knew her, to stand up and fight for what would make subsequent generations look back and say, “Thank G-d you acted.” To my mother, to King, to those who did their part, I say, today, the same: Thank G-d you acted and served, with your fighting spirit, motivated by love, as ethical and political exemplars of commitment and courage.

Lewis R. Gordon is an Afro-Jewish intellectual, academic, and musician from Kingston, Jamaica. He is professor and head of the Philosophy Department at the University of Connecticut. His most recent book, “Fear of Black Consciousness,” was published this month by Farrar, Straus and Giroux in the US and Penguin Books in the UK.

Listening to Barbara McElhaney, b. 1938 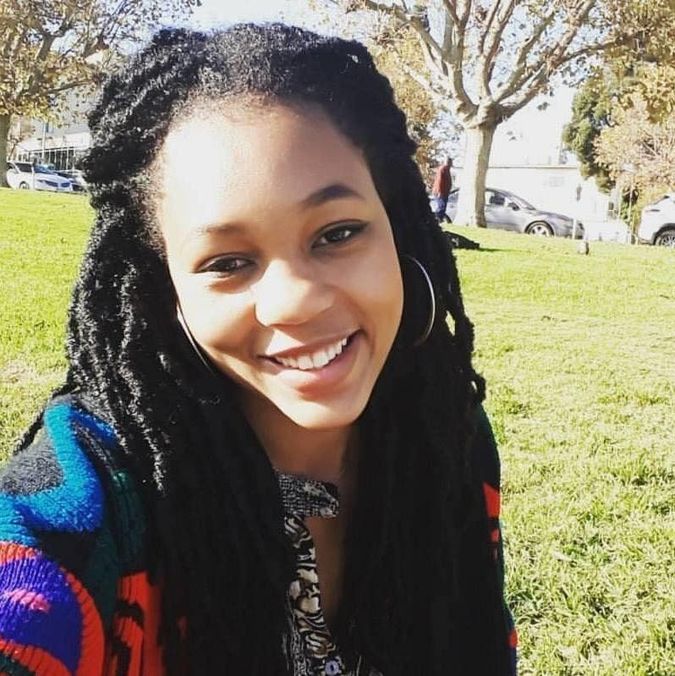 My Nana did not know Martin Luther King and she was not a civil rights activist. With Martin Luther King Day approaching, I asked if she would talk about her life, about which she previously had told me little. To my surprise, she said “Of course.”

Barbara McElhaney is 82. She has been Negro, Colored, Black, and African-American in her lifetime. She was born in Shreveport Parish, La., and moved with her family to Oakland as a young child.

“It wasn’t until I moved to California that we experienced racism,” she told me. That was not because it didn’t exist in Louisiana – a state that saw hundreds of lynchings following the Civil War through the 1930s, when she was born – but because her family had as little to do with white people as possible.

Oakland was different. There, she attended an integrated school, though white children wouldn’t speak to her.

“I remember some white folks, grown folks, would come up to me and just run their fingers through my hair,” she said. “I had very red hair, which I guess they saw as unusual for a little Black girl. They’d give me a quarter when they did it. It bothered me, but I was afraid of what they’d do if I didn’t go along with it.”

The family lived in the then-predominantly white suburb of East Oakland. As more Black families moved in, white homeowners left. The construction of Highway 17 in the 1950s cut off the Black community’s access to Downtown, upsetting its viability, particularly economically.

My Nana was 24, married, and the mother of two when the March on Washington was held in 1963. She told me she thought the participants were brave, but she was not a movement person, even as her younger sister joined the Black Panther Party. Her concern was the safety of her children.

“My eldest son loved to wear black,” she said. “All of a sudden, the Panthers started doing that, so I had to stop him. I didn’t want people to think he was a part of it. I didn’t want him to get hurt.”

Years later, she showed that same hyper-vigilant concern toward me, warning me not to touch anything when she took me to the store. I didn’t understand it then.

The Oakland I grew up in during the 2000s was very different from that of my Nana’s youth. In school, I learned about the city’s history of militant racial resistance and its many Black leaders. It prided itself as the Black Liberation city.

Yet as an adult, I returned after living away for three years, and walked into a rude awakening at a Target store. Security met me at the door and accused me of stealing nail polish and makeup brushes.

Nothing came of it, but it shook me, and led me to appreciate what my Nana had been trying to teach me. As I listened to her story this year, I realize now what her role in the movement had been: Keeping her family alive.

Shekhiynah Larks is the program coordinator and a diversity trainer at Be’chol Lashon.