I’m a pulpit rabbi. This is the true cost of keeping synagogues safe 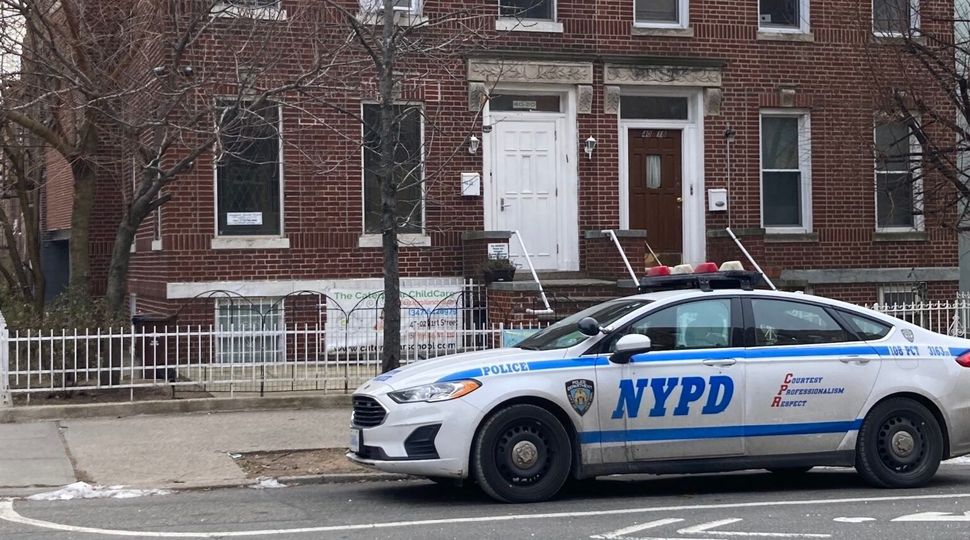 An NYPD patrol car parked outside the Sunnyside Jewish Center in Queens on Sunday, Jan. 16, 2022. The city deployed additional resources to Jewish locations around the city on Saturday night as the hostage crisis at a Dallas-area synagogue unfolded. (Lisa Keys)

In the aftermath of the hostage situation at a synagogue in Texas, every Jewish institution in America, no matter the size, is once again reckoning with the overwhelming financial, material and spiritual costs of keeping our communities safe in a country where weapons of mass murder are available off the shelf at Walmart.

I’m a congregational rabbi at a progressive and deeply justice-focused Reform congregation, where we literally coined the term “radical hospitality” to describe our commitment to embracing and centering the experiences of those who traditionally have been pushed to the margins of Jewish community. Our entryway isn’t a foyer, it’s a food pantry; our coat closet has been replaced with a “clothing pantry” for our unhoused neighbors. And yet that entryway is also an incredibly complicated double-locking system that cost tens of thousands of dollars to install and maintain, all to keep us safe.

If you were to come visit us (we love visitors!) you’ll notice all sorts of nice granite benches around the building for sitting and talking. Except those aren’t benches, they’re bollards, and we’ve had to add another $12,000 worth of them just in the last year to hopefully prevent a vehicle from slamming into worshippers in the middle of Shabbat. And every dollar spent on security is a dollar not spent on our community, on justice work or on raising up the next generation of American Jews.

Once again throughout American Jewish institutions, our “security committees” have sprung into action after the news of the hostage crisis at Congregation Beth Israel broke. In our shul, we are trying to figure out how to find another $50,000 for armed guards, we’re writing yet another Homeland Security Grant — despite having been rejected for four years running — for those $250,000 bulletproof windows, and we’re discussing with ever greater urgency how to pay for our security needs without robbing our programming budget.

I’ve begun thinking of the security costs that the United States has placed upon Jewish communities as a Second Amendment Tax, forcing us to redirect hundreds of thousands of dollars away from our community and justice work and put it toward preventing people with readily available instruments of death from murdering us while we gather and pray.

I used to be a rabbi who would give sermons about how “we need to stop focusing on antisemitism as an American Jewish community.” I was someone who deeply believed in American exceptionalism when it came to how Jews were treated. And then in 2016 things changed. All of a sudden I found my name on a white nationalist list of Jews to be targeted and harassed online; today not a week goes by when I don’t receive a “We’re coming for you, Juden!” or worse in my social media.

I was coming back from the National Prayer Breakfast in 2017 when a man on a train just outside of Washington D.C. saw my kippa and accosted me, screaming “This isn’t your country, this isn’t your world!” He screamed at me for what felt like an eternity, but was probably only the 5 minutes until the next stop where I hurried off the train, terrified that he was going to follow me. It was only later that I realized that there had been dozens of people around me on that train, all of whom sat there and stared into their phones and allowed me to be accosted for being an obvious Jew on public transportation. Our synagogue was directly targeted just a few months ago, when a man living in a halfway house, with easy access to legal American guns, threatened to blow up our building and murder those in it during Shabbat services.

Our shul — like most Jewish congregations in America — now spends thousands of dollars a year to have a police officer by the front door, all in an attempt to keep us from being murdered when we gather together as Jews in community. Meanwhile, for many Jews of Color, a police presence can send a very different message about what safety means, and whose safety is being valued in our spaces. All of these costs — the financial burden, the ethical ambivalence, the time, the spiritual and emotional toll — add up, and tear us away from the sacred work that our Jewish American institutions were meant to be engaged in.

It is long past time that we as American Jews recognize that we are being unfairly and unjustly burdened with a “Second Amendment Tax” that our government has placed on us, in exchange for our neighbors being able to buy assault rifles at the corner store. If American Jews must spend hundreds of thousands of dollars to exercise our First Amendment rights, is it even a right at all?

Rabbi Daniel Bogard serves as a rabbi at Central Reform Congregation in St. Louis, MO, where he is active in interfaith and justice work. He is a proud parent of three elementary school kids along with his co-rabbi and spouse Rabbi Karen Bogard. He is an adjunct professor at Eden Seminary and is a Senior Rabbinic Fellow at the Shalom Hartman Institute.

I’m a pulpit rabbi. This is the true cost of keeping synagogues safe