Why the backlash against Bari Weiss? 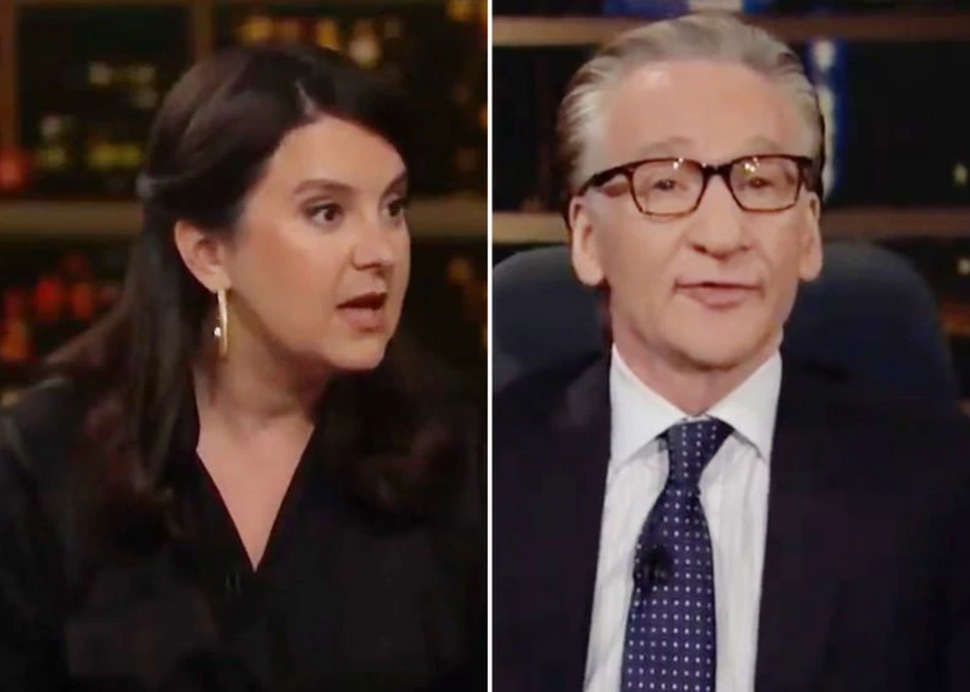 Whether she wants the job or not, L.A. transplant Bari Weiss has become a go-to face of American Jewry. After her appearance last Friday on HBO’s “Real Time with Bill Maher,” she faced a firestorm of criticism for her remarks about the COVID-19 pandemic. Some of it is from the cottage industry of Bari Weiss trollers, but quite a bit of the anger came from … everyone else.

I think I can explain why.

Weiss has gained an audience and widespread respect for calling out antisemitism on the right and the left. Her powerful account of the 2018 attack on her Pittsburgh synagogue channeled the fear and anger all of America should have felt. Her 2019 essay on Donald Trump, cautioning pro-Israel Republican Jews against supporting someone who might be “good for Israel” but who was terrible for democracy, demonstrated independence and moral clarity at a poisonously partisan time.

She showed the same backbone in her speech at the Los Angeles Press Club last December upon receiving the Daniel Pearl Award for Courage and Integrity in Journalism.

“Where liberty thrives, where freedom thrives, Jews thrive,” Weiss said at the time.

Beginning with her Jan. 12 Substack newsletter, she veered out of the antisemitism lane and swerved over to epidemiology, and she brought her conclusions to “Real Time.”

“I’m done. I’m done with COVID” she said on the show, adding that COVID restrictions are, “ridiculous at this point.”

“If you believe the science, you will look at the data we did not have two years ago,” Weiss said. “You will find out that cloth masks do not do anything. You will realize you can show your vaccine passport at a restaurant and still be asymptomatic and be carrying Omicron. And you will realize most importantly that this is going to be remembered by the younger generation as a catastrophic moral crime. At this point, it’s a pandemic of bureaucracy. It’s not real anymore.”

That provoked immediate pushback. On Twitter, Yale epidemiologist Gregg Gonsalves posted a chart showing U.S. COVID deaths over the previous four days totaling 12,957. “I’ll never have to wonder how people during the worst moments in history got on with their lives as carnage unfolded around them,” he wrote. “You just look away. For the rest of us, we will bear witness. Each of these deaths has a story, a history, a life lived.”

Indeed, Weiss’ message went out from CBS Television Studios in Los Angeles, a city that is reeling from COVID-19 deaths.

On Jan. 20, the day before Weiss’s appearance, L.A. County reported 102 deaths from COVID, the highest single-day number since March.

“The spread of the latest coronavirus variant has moved with unprecedented speed since December,” reported the Los Angeles Times.

Yes, Omicron is less fatal– to vaxxed and boosted, not immunocompromised and not elderly people like Bari Weiss, who is 37. But the sick, elderly, those too young to be vaccinated or medically ineligible are all at risk.

We all have stories, so here’s mine: Two weeks ago, an elderly friend who was triple vaccinated, got COVID at a small gathering of unmasked friends. He died of the virus several days later.

Two weeks before that, I attended a beautiful, mostly outdoor celebration in Santa Barbara with 25 vaccinated and tested guests. Within a week, 18 of the guests had COVID. Thankfully, no one ended up in the hospital.

Weiss might say that event proves her point: the disease spreads easily, but it’s not that deadly. But the high number of cases has led to a 195% increase in COVID deaths during the last 14 days and an average of 32,644 new cases on Jan. 25.

“It’s a chain. It’s one big loop,” an administrator of a hospital in Glendale told the Times. “And if one of the links is broken, everything backs up.”

“One big loop” is Jewish Ethics 101: we are our brother’s and sister’s keepers. Yes, as Weiss said, Jews thrive where freedom and liberty flourish, but you know where else they do pretty well? In societies with a sense of mutual obligation and shared responsibility.

Weiss is right to question medical authorities, challenge bureaucrats, and propose alternate paths to dealing with the pandemic. But to say “I’m so over it” when the virus is still real and deadly for so many was bound to sting.

To understand why, here’s a thought experiment: Imagine in the wake of the Texas synagogue hostage crisis last week, a public health care expert opined that we’ve heard enough about antisemitism, that a handful of synagogue attacks in 250 years of American history doesn’t warrant millions of extra tax dollars for protection, and Jews should just get on with their lives.

I know one person who would, rightfully, be outraged: Bari Weiss.

Why the backlash against Bari Weiss?