The impossible is happening: Talking to Natan Sharansky about the crisis in Ukraine. 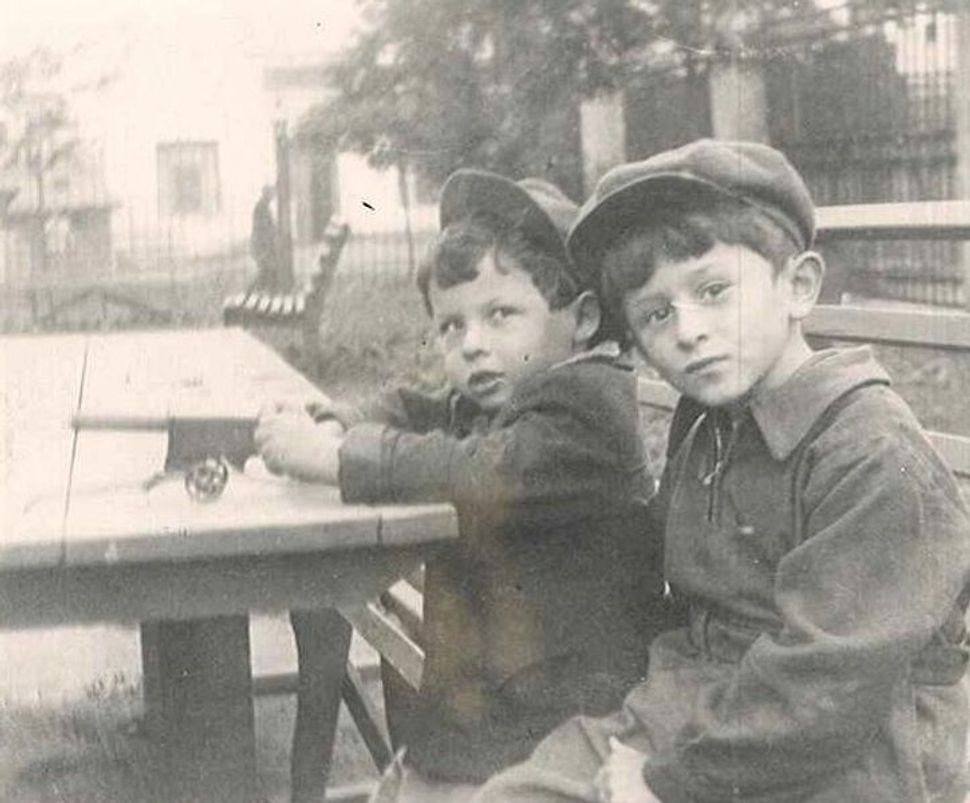 This is an adaptation of Looking Forward, a weekly email from our editor-in-chief sent on Friday afternoons. Sign up here to get the Forward’s free newsletters delivered to your inbox. Download and print our free magazine of our most memorable Ukraine stories so far.

One of Natan Sharansky’s vivid early childhood memories is the 300th anniversary celebration of the unification of Ukraine and Russia. It was 1954, and he was 6 years old, starting grade school in the Ukrainian city then known as Stalino, soon to be renamed Donetsk.

There were two huge new monuments — one honoring Bohdan Khmelnytsky, the 17th century military commander who led the Ukrainian uprising against the Polish-Lithuanian Commonwealth, the other of Taras Shevchenko, the 19th century poet seen as the founder of Ukrainian literature.

“There were songs and there was celebration and there were flags,” Sharansky, now 74, recounted in an emotional interview.

If someone had asked him, at that moment, to guess whether the next war in that place would be “between Russians and Ukrainians or between the inhabitants of the Earth and the inhabitants of the other planets,” Sharansky continued, “well, it was clear it would be with the other planets. Because it was absolutely impossible that there will be war between Russians and Ukrainians.” 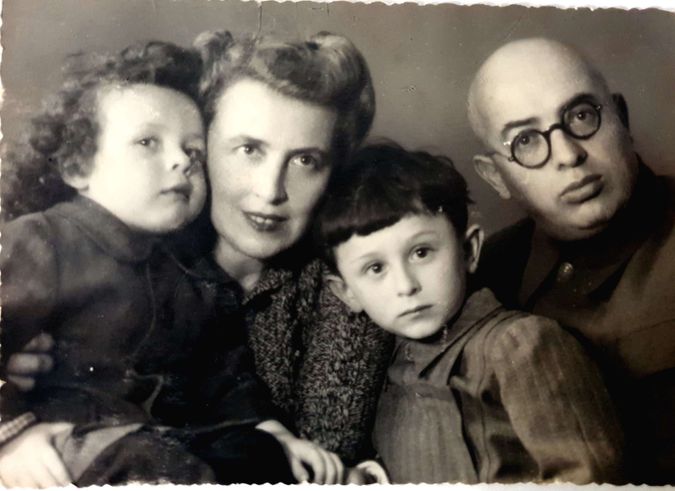 Sharansky as a young boy with his family. Courtesy of Natan Sharansky

The impossible has, of course, happened — and not just with Vladimir Putin’s Russia unprovoked invasion of Ukraine. It would have been impossible to imagine, only a week ago, that Ukraine’s far smaller army would manage to stave off the assault and protect its capital.

That 1 million Ukrainians would become refugees in a few days, and thousands more would take shelter in the subway.

That Ukrainian civilians in sweatpants and wool hats would take up arms, make homemade bombs out of old beer bottles, remove road signs to confuse the enemy.

That the country’s Jewish president — only three years ago an actor and comedian who won “Dancing with the Stars” and voiced “Paddington” — would, wearing fatigues, rally the West to impose the sharpest sanctions in history on Russia and its oligarchs.

That Putin would take control of Europe’s largest nuclear plant; shut down all independent journalism; bomb Babyn Yar, the site of the Holocaust’s largest single pogrom; and threaten to deploy the ultimate weapon in what could only lead to an apocalyptic World War III.

Sharansky was the world’s most famous Ukrainian Jew until the emergence of the heroic President Volodymyr Zelensky, and knows something about the impossible, having survived nearly a decade of solitary confinement and hunger strikes in a Soviet gulag to become an Israeli politician and international voice for freedom.

I first met Sharansky shortly after I moved to Jerusalem in 2012, in the most embarrassing way. I was unloading groceries from my car and a bag broke, sending produce tumbling down the street. A short, unassuming man rushed to help me collect my things.

It was only after he muttered “Shabbat shalom” in his signature accent and ducked around the corner to his own apartment that I realized my samaritan was the world’s most renowned Soviet refusenik, whose name I had worn on a solidarity bracelet in high school.

Sharanksy now is chairman of the Babyn Yar Holocaust Memorial Center, where a gorgeous new synagogue was unveiled last year on the site of the ravine where the Nazis murdered more than 33,000 Jews over two days in 1941. He has for decades been a moral compass, a singular respected spokesman for the core principles of democracy, an embodiment of what it means to stand up to oppression.

“Now, we are returning back to the confrontation between dictatorship and the free world,” he said in our hourlong conversation on Wednesday. “What’s happening with Ukraine is only an introduction to what could happen with all of us,” he added.

“I think that history will make some very tough conclusions about to what extent the free world is really mobilized to fight for its own existence, for its own survival.”

Sharansky’s first language was Russian, his second Ukrainian. He said he “read all the classical Ukrainian literature,” though “it didn’t have as powerful an influence” on him as Dostoyevsky and the other Russian greats. “Ukrainians had their history, and especially their writers and their very beautiful songs,” he said, “so there is a difference, but the difference was in style, but not in the deep meaning of national identity.

“There was almost no difference between Russian or Ukrainian and Georgian,” he explained. “This feeling of national identity — identity had to be Soviet identity, Communist identity. Everybody, in a way, was deprived of their identity. Because we all grew up without identity.”

Jews were a special case. “It’s not because of my Jewish pride, but because of knowing that as a Jew, I have to be No. 1 in class in physics and mathematics and in chess or whatever, because that’s how we Jews survive,” explained Sharansky, who in 1996 beat the chess champion Garry Kasparov in an exhibition match in Israel. 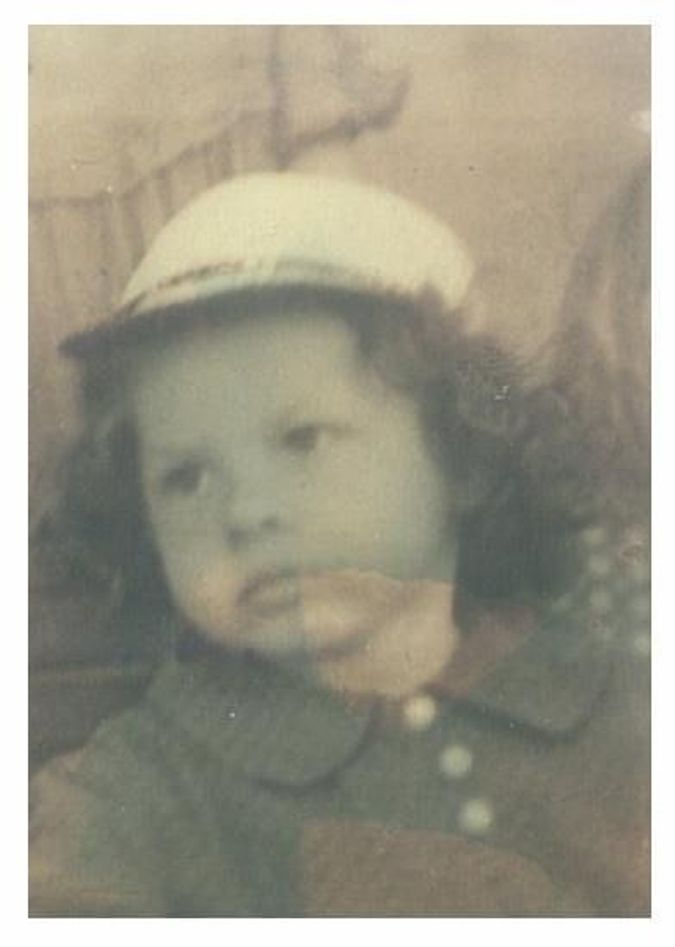 “The only really Jewish thing was antisemitism,” he added. “I didn’t know brit milah, I didn’t know Pesach or Purim. But I knew we were Jews because it was written in the ID of your parents.”

He sees a deep irony, now, in Putin’s campaign and Zelensky’s response. “Putin said before invading Ukraine that it’s not a nation, it’s not a real people, they are part of Russia,” Sharansky noted.

“I think he contributed more to turning them into the very passionate nation playing what is a historical role. Ukraine as a people, as a nation, were never so much in the center of the world history as these days.

“And to think that their leader, who gives them a lot of energy and who becomes a real example for them, is Jewish,” he added, “it’s really a very interesting historical phenomenon.”

Sharansky first met Zelensky after he became president in 2019, and they spoke via Zoom at least four times during the pandemic, mostly about last year’s unveiling of the new Babyn Yar memorial. He said he has talked to Ukrainian leaders close to Zelensky since the assault began and, like the rest of the world, has been surprised and impressed by “how heroic is his behavior.”

“He is now playing this role of the president, which he was playing in the film, on the stage of history and he is doing it remarkably well,” Sharansky said. “He demonstrates such courage and such devotion and such a face of freedom.”

The world’s rallying to the Ukrainian cause reminded Sharansky of his days as a political prisoner alongside many Ukrainian nationalists, who often asked him, seeing news reports of international rallies for Soviet Jews, why “all the world is fighting for you, and they’re not fighting for us?” Sharansky in conversation with the Forward over Zoom, March 2022. Courtesy of Jodi Rudoren

“You could see how this feeling of solidarity of Jews, feeling that we are responsible for one another, how much stronger it is and how those Ukrainian nationals really wanted that their people would learn from us, from Jews,” Sharansky said. “They were never united enough or strong enough to play a serious role on the stage of history. Now there is a different moment.”

From the first day of the invasion, Sharansky has been calling for stronger Israeli statements and actions to support Ukraine. He said he understands Israel’s hesitancy, given Russia’s critical role in containing Syria and Iran, but that he nonetheless believes “Israel has to stand with all the free world.”

The Russian bomb that hit the Babyn Yar site, killing five people though not damaging the new synagogue or memorial, was particularly emotional for Sharansky as for so many of us.

For Babyn Yar is not just a symbol of the murderous evil of the Nazis, but also of the Soviet erasure of the Holocaust. “It seems this one shell has more echo than all the war in the world,” he said.

Sharansky first heard of Babyn Yar — then known as Babi Yar — at age 13, when Yevgeni Yevtushenko published his famous poem questioning why there were no monuments to the massacre. “I remember my father, with trembling voice, is reading me from a Soviet newspaper, and says finally we can talk about it,” Sharansky recalled.

At the 80th anniversary event, a Berlin orchestra played the symphony at the site (you can watch video of the performance here). “That’s one of many circles which I had the opportunity to close,” Sharansky said.

Now, he acknowledged, “we are coming to another circle.” One that is almost impossible to fathom.

Your Turn: War in Ukraine

Do you have relatives in Ukraine or family history there? Are you or someone you know taking action to help refugees or otherwise get involved in the crisis? We want to hear from you. Click the blue button below to share your personal connections or experiences to all that is unfolding. We may publish a selection of the responses.

Our Shabbat PDF this week opens with a powerful essay from Anya Ulinich about her family and the Ukraine of her childhood memories. Howard Fineman recounted his 1970s roots trip to Ukraine — and his run-in with the KGB. Louis Keene looks at the Russian Jewish oligarch who sold his British soccer team this week amid international pressure. Jacob Kornbluh introduces the two men who both claim to be chief rabbi of Ukraine. Plus a look at Zelensky and a dispatch from a Polish rabbi.

The impossible is happening: Talking to Natan Sharansky about the crisis in Ukraine.