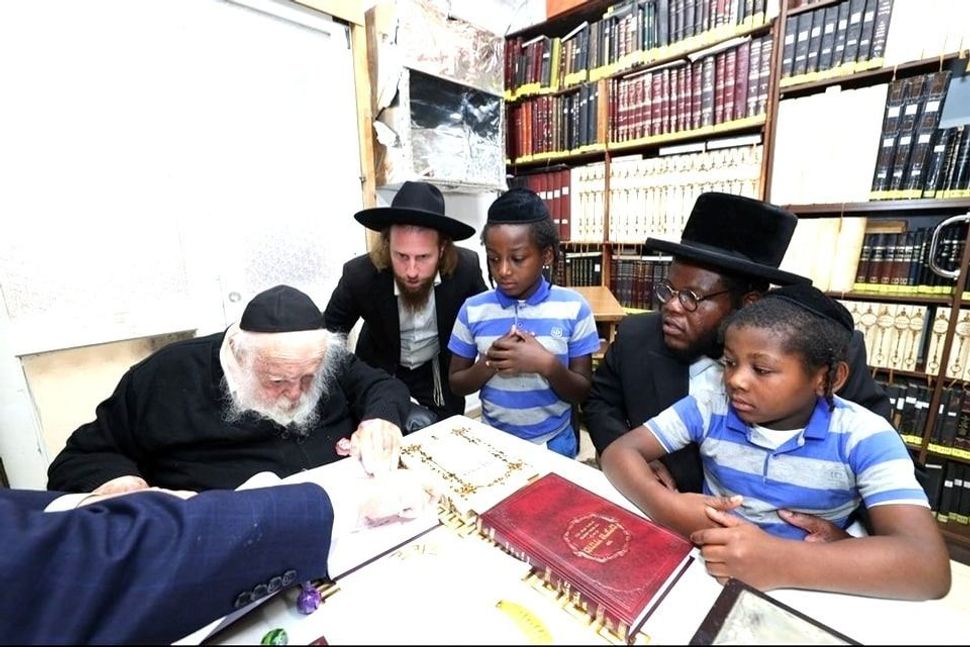 Musician Nissim Black (in black hat and glasses) brings his two children for a visit with Rabbi Chaim Kanievsky in Bnei Brak, Israel. The rabbi told Black, “Being ‘Black’ is your mayla (virtue), not a chesaron (lacking).” Courtesy of Nissim Black

Shimon HaTzadik (the Righteous) was a high priest during the Second Temple period. He would say, “On three things the world stands: On the Torah, on prayer, and on acts of kindness.” Later commentators would add that these three principles were the basis of why God created the world.

In this light, a person can grasp why hundreds of thousands turned out for the funeral of Rabbi Chaim Kanievsky in Bnei Brak, Israel on Sunday, and why millions mourn him throughout the world. It’s not just the death of a revered person, but the spiritual example as articulated by Shimon the Righteous that Kanievsky exhibited in his 94 years, and that every person should strive for in their lifetime.

As the son of Rabbi Yaakov Yisrael Kanievsky and nephew of the Chazon Ish, the stage was set for Rabbi Kanievsky to become one of the greatest leaders in Jewish history. While his influence is widely recognized, especially in the Haredi community, what is lesser known is the crucial role he played in the advancement of Jews of Color internationally.

One complex rabbinical challenge has been how to approach the multitudes throughout Africa who identify as Jewish but who were mostly unknown to the mainstream Jewish world until the establishment of the state of Israel in 1948. 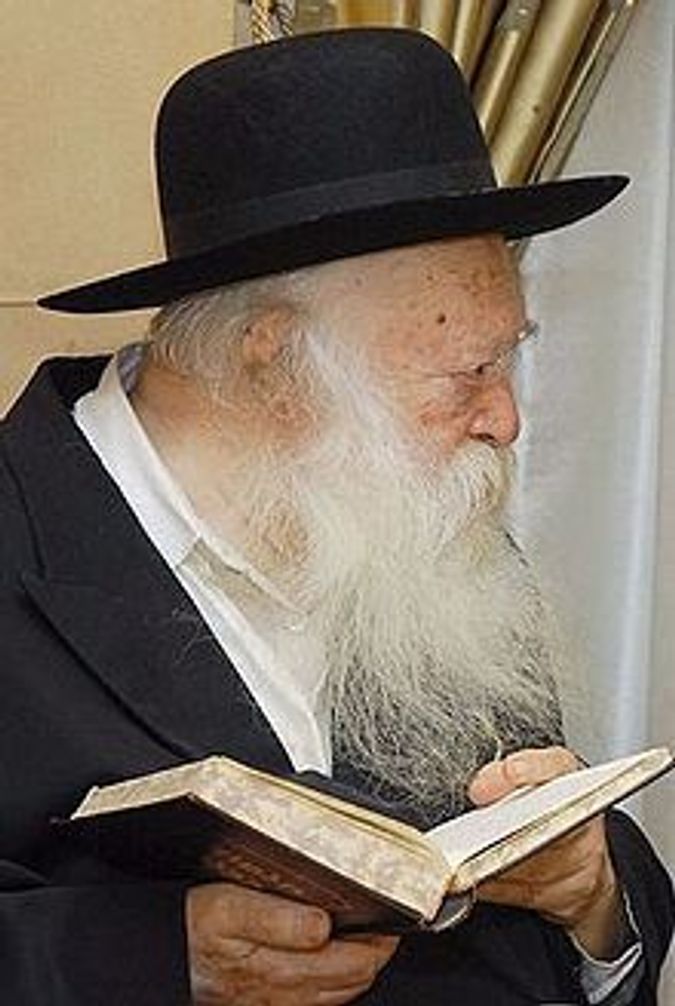 Rabbi Chaim Kanievsky, one of the most revered figures in the Haredi community, died in Bnei Brak, Israel, at 94 on March 18. Image by Wikimedia Commons

In 2016, Rabbi Kanievsky took a leadership role in answering this question and sent rabbis to places like Nigeria to research the situation. After months of research, the rabbis returned to his office in Bnei Brak with information about the communities they observed. After reviewing the data, Kanievsky instructed those rabbis to help the people in Nigeria by giving members of the Igbo tribe a specific type of conversion (giyur l’chumra) that would remove any doubt or confusion about their Jewish lineage.

Not all of those who have visited the Igbo since have completely followed his instructions. But regardless, Rabbi Kanievsky’s decree changed the landscape of how mainstream Judaism should respond to the desire of the Igbo Jews to be a full part of the world Jewish community.

Rabbi Kanievsky also assisted Jews of Color in a different, and more interpersonal, realm. In 2018, African American Jewish musician Nissim Black visited him, expressing grievances about his inability to find proper religious schooling for his children, who were experiencing discrimination.

Rabbi Kanievsky told Black, “Being ‘Black’ is your mayla (virtue), not a chesaron (lacking).”

Black described the encounter, saying “for a second it felt like the whole world stood still.” Not long afterward, his children were accepted into some of the best religious schools in Beit Shemesh.

May Rabbi Kanievsky’s role as the leader of the Haredi community and his contributions to Jews of Color internationally be remembered throughout the ages.