After 65 years, the State of Israel is a thriving democracy of which we can all be very proud in many areas. But it is a democracy that continues to face many obstacles to preserving its Jewish and democratic character.

One obstacle that is of particular concern to non-Orthodox Jews is the absence of any possibility for civil marriage and divorce. Until marriage is no longer controlled by the Orthodox rabbinical courts, the Jewish homeland will continue to exclude many Jews from celebrating joyous occasions in their cultural epicenter.

If we believe Israel is meant to be a homeland for all Jews, not just Orthodox Jews, we must fight against a system in which matrimony is reserved for the most religious rather than being inclusive of all Jews whatever their religious practice.

Every year, thousands of Israeli couples are wed outside of the country in civil ceremonies in order to be recognized as legally married, since Israel does have an obligation to recognize marriages performed in other countries. But for many Jews living in Israel or in the Diaspora, celebrating joyous occasions and other life milestones in the Jewish homeland is an opportunity to connect with their heritage.

Even as Israel is seen as a safe-haven for the LGBT community and a progressive leader on many other domestic matters, marriage has not experienced the same type of institutional transformation. The fact of the matter is that not every Jew qualifies for an Orthodox Jewish wedding. As it stands now, in the next generation many American Jews (some say as many as two-thirds of us) would not be permitted to marry in Israel.

Today, significant portions of the population are barred from marrying within Israel. Nearly 350,000 Israeli citizens from the former Soviet Union (who gained citizenship under the Law of Return) cannot marry because their mothers or grandmothers are not Jewish according to the Jewish legal framework.

Diaspora Jews who have had non-Orthodox conversions are eligible to obtain Israeli citizenship under the Law of Return but may not be recognized as Jews by the Chief Rabbinate and thus cannot marry.

Divorce is also controlled by a sectarian monopoly. If a Jewish woman in Israel wants to divorce her husband she is required to go through the Orthodox rabbinical courts. If her husband does not consent, then her divorce remains pending indefinitely, complicating the prospects of re-marriage. However, if civil divorce were an option, then these women would not be in legal limbo to the already incredibly stressful divorce process.

The authority given to Orthodox rabbinical courts in Israel regarding issues of personal status, particularly marriage, weakens the social fabric of the state by causing disunity, contempt for the law, and even hostility.

Twenty percent of the Israeli population is made up of minority group members whose marriages are similarly governed by the religious authorities of each faith, and who, as a result, face marital issues of their own. Hundreds of thousands of Israeli citizens are denied the right to marry solely based on issues of religion. If a person can become a bar or bat mitzvah in Israel, or be buried in Israel, they should be able to marry in Israel regardless of how stringently they observe Jewish law.

But there is momentum building for change, with the newly formed Knesset showing support for the idea. A number of the new members of Knesset have advocated strongly for civil marriage. Out of respect for democratic values and civil liberties, Israel has an obligation to establish civil marriage not just for the Jews and all the other citizens in Israel, but on behalf of K’lal Yisrael, the entire people of Israel.

Creating a mechanism for civil marriage in Israel and sanctioning marriage under alternative religious avenues is paramount to the future of the Jewish state. Such measures will not only deepen respect for Jewish and religious diversity, they will enhance the principles of democracy in Israel and strengthen the ties between Israel and world Jewry.

Nancy K. Kaufman is CEO of the National Council of Jewish Women 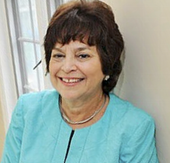