I once had a student at Mechon Hadar, the egalitarian yeshiva I co-founded, who came from a suburb of Tel Aviv. She grew up in a family that did not keep Shabbat, go to synagogue, learn Torah or speak of God. She went to non-religious public schools and never considered herself part of the “dati” community. But she came to our co-ed yeshiva because she had spent some years exploring her relationship with God, learning Jewish texts and asking religious questions. Before she left for our school in New York, her brother warned: “If you become a hozeret bi-teshuvah (a secular person who becomes religious), I will sit shiva for you.”

We use labels to categorize people. It is simply easier to think of Jewish society as affiliated or unaffiliated, Reform or Orthodox — and in Israel, dati or hiloni, meaning religious or secular. But the convenience of labels is far outweighed by the damage of painting with broad brushstrokes. The fear of leaving your self-defined (or more often, other-defined) label can be crippling. This student was terrified that the only choice besides hiloni was dati – and that came with a host of assumed beliefs and associations she did not want to consider.

Israel is not too Jewish. It is too Jewishly labeled.

The variety of the capacity for human religious expression is far too broad to be captured well by any titles. In Israel last year, I spent considerable time with a man who spends his days working as a therapist. He advocates for Israelis to serve in the army and join the workforce. He had deep respect for my egalitarian yeshiva. He also lives in the Orthodox neighborhood of Mea Shearim, where he was born, wears a traditional black hat and coat, and is part of a Hasidic community. How would you label him?

Israeli society is making important steps to move beyond the assumption that Torah and Jewish learning is the purview only of the traditionally religious communities. Knesset member Ruth Calderon’s historic speech to parliament earlier this year envisioned a society in which “all young Israelis take part in Torah study.” But even the hiloni yeshivot remain committed to a learning experience that is not religious in the fullest sense: Prayer, for instance, is not part of the required program. After all, one wouldn’t want to be labeled dati.

I imagine an Israel in which the convenient labels we all use are too imprecise, and thus fade away. Instead of asking — are you dati or hiloni? are you haredi or national religious? — the questions would be more exploratory: What, if any, is your connection to God, and how do you express that? How, if at all, do you experience the holiness of the land of Israel? What is your vision for the intersection between Torah study and societal engagement? What does Shabbat look like for you, and how has that changed over your lifetime?

Israel is teeming with religious conversations waiting to happen. But unless the labels are tossed aside, we will never move past the surface assumptions that prevent true encounter.

Rabbi Elie Kaunfer is the co-founder, rosh yeshiva and executive director of Mechon Hadar and on the Talmud faculty at Yeshivat Hadar. 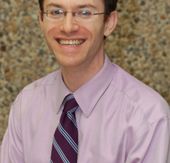