Former Knesset member Dr. Einat Wilf was recently invited and then uninvited by the influential Israeli NGO Peace Now to participate in its annual “Conference of the Left” meeting. In attempting to justify the abrupt reversal, Yariv Oppenheimer, the organization’s head, blamed Wilf’s membership in the International Advisory Council of NGO Monitor. Wilf, who entered the Knesset in 2010 as a member of the Labor Party, replied, “If the Israeli Left has no place for those who support a two-state solution and who also wage battle against those who seek to delegitimize Israel, it will not return to lead the country.”

This example of political blacklisting highlights the self-destructive ideological purity and conformity that has come to characterize many “progressive, liberal” Zionist NGOs and their supporters. Instead of engaging on the substance of criticism offered by NGO Monitor, which points to the exploitation of liberal values in the political warfare against Israel, groups like Peace Now have worked overtime to silence the messengers.

While Oppenheimer did not offer details regarding NGO Monitor’s violation of Peace Now’s litmus test, others filled in the charge sheet. Writing in The Forward, J.J. Goldberg supported the decision to disinvite Wilf due to her links to NGO Monitor. His justification cited a “quick search of the organization’s website,” which yielded “271 postings that discuss Peace Now, nearly all of them negatively.” If he had gone beyond Google stats, Goldberg would have discovered that nearly all the references to Peace Now are parenthetical or appear on European government lists of NGOs that they fund. Peace Now does not appear on NGO Monitor’s Index of over 100 NGOs, many (but not all) of which exploit human rights and humanitarian aid principles to demonize Israel.

Indeed, Goldberg’s ideological filter omitted any mention of our firm and immediate condemnation of threats against one of Peace Now’s officials (“Incitement and Attacks on NGO Offices Are Totally Unacceptable,” November 8, 2011). He also missed NGO Monitor’s consistent opposition to legislative proposals designed to tax or restrict the activities of political NGOs funded by European governments.

But the problem goes much deeper than blinders and statistical cheap shots. Goldberg and much of the Zionist left casually dismiss the threat of BDS, lawfare, and other forms of political warfare that abuse terms such as “racism” and “apartheid” to demonize Zionism and Jewish self-determination, and promote “one-state solutions.” In Goldberg’s imagined universe, NGO Monitor’s focus on delegitimization is tantamount to opposing “publicizing cases of apparent official Israeli wrongdoing in places where the information will be visible and available to foreign bodies.”

However, most of the allegations of IDF “wrongdoing” are bogus — as evidenced when Judge Goldstone repudiated his own report, based on hundreds of NGO references to non-existent Israeli war crimes. And the “foreign bodies” include the notorious U.N. Human Rights Council, where dictators like Gaddafi often controlled the agenda; college campuses that host “Israeli Apartheid” week featuring anti-Zionists such as Ali Abunimah and Omar Barghouti; efforts to open cases against Israelis in the International Criminal Court; and church divestment campaigns often tinged with classical anti-Semitic themes.

In a one-dimensional “left vs. right” political world, there is no room for complex images that are presented by Einat Wilf, who entered the Knesset as a member of the Labor Party and promotes a two-state framework while denouncing the demonization campaigns. NGO Monitor, whose research played a central role in convincing Judge Goldstone to acknowledge the false foundation of his U.N. “report,” is attacked and defamed as a dangerous enemy.

In responding to Peace Now, Einat Wilf addressed the “dogmatic thinking” that “seems to blind people to the importance of good manners, and the inability of those who preach tolerance to hear a point of view that is not their own.” While her chair at the conference was visibly empty, her powerful statement echoed throughout the conference:

Defending Israel and Zionism can and should be part of supporting peace and a two-state solution. Israel is under attack for its very legitimacy and the human-rights discourse serves various groups to undermine the foundational idea of Zionism that the Jewish People have a right to a sovereign state in their ancestral homeland. If people, whose work for human rights is indisputable such as Elie Wiesel and Alan Dershowitz [also on NGO Monitor’s advisory board - GMS], find it proper to fight against the demonization of Israel, then I am proud to wage this battle with them.
Share

Gerald Steinberg is professor of political science at Bar Ilan University and president of NGO Monitor. 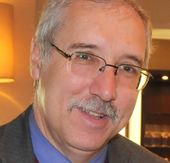