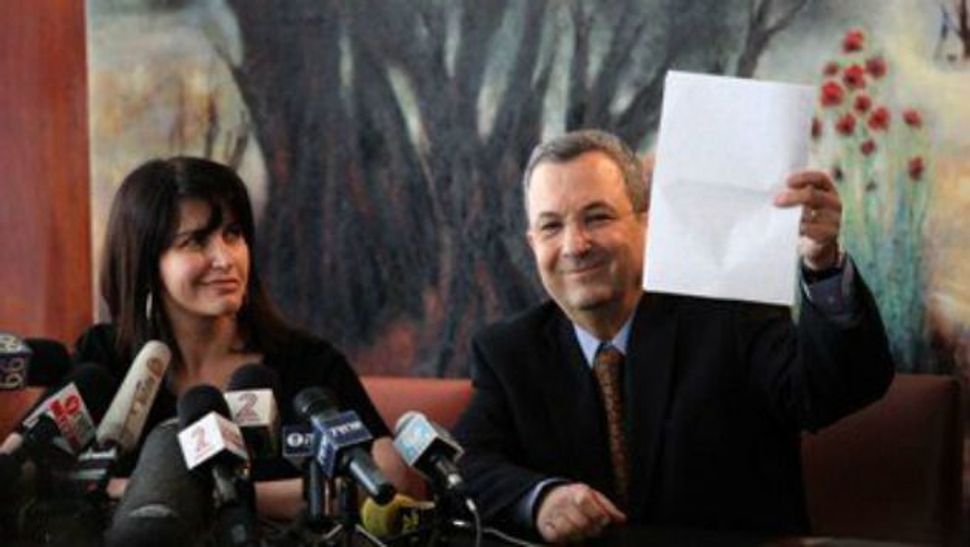 A former Labor Party Knesset member, Einat Wilf, is complaining that she’s been dropped from the program of the third annual Conference of the Israeli Left, sponsored Peace Now, because of her pro-Israel views.

In a Facebook post announcing her exclusion, the result of a vote by the Peace Now leadership, Wilf protests “the inability of those who preach tolerance to hear a point of view that is not their own.”

She reports that she’s been blackballed because she’s on the International Advisory Council of an Israeli organization, NGO Monitor, that combats left-wing “delegitimization” of Israel. This apparently raised a red flag, so to speak, among her leftist hosts. And she warns:

If the Israeli Left has no place for those who support a two-state solution and who also wage battle against those who seek to delegitimize Israel, it will not return to lead the country.

I know. It sounds awful. That is, unless you realize that the organization in question, NGO Monitor, devotes much of its energy and resources to attacking and seeking to defund many of the very organizations that will make up the Friday conference, including Peace Now itself.

NGO Monitor’s mission, according to its website, is to track the activities of non-governmental organizations “claiming to advance human rights and humanitarian agendas” (when in fact, the website seeks to show, they’re really attacking Israel). Most of its targets are organizations that it claims are “exploiting the label ‘universal human rights values’ to promote politically and ideologically motivated agendas.” Its most common charge is that the targeted organizations are “delegitimizing” Israel.

The “political agenda” in most cases turns out to be opposing West Bank settlements, advocating a two-state solution or seeking to hold perpetrators of illegal human-rights abuses accountable to the law. “Delegitimization” by Israeli NGOs commonly refers to publicizing cases of apparent official Israeli wrongdoing in places where the information will be visible and available to foreign bodies

A quick search of the organization’s website turns up no fewer that 271 postings that discuss Peace Now, nearly all of them negatively. Peace Now is repeatedly accused of hiding a “political agenda”; its sources of funding are repeatedly attacked, and it repeatedly appears in lists of organizations depicted as anti-Israel.

Another frequent target of NGO Monitor is the New Israel Fund, which has been accused of funding Israeli organizations guilty of the familiar litany of disloyal acts.

Wilf was a one-term lawmaker, elected on the Labor Party slate in 2009. She left the Labor Party with then-defense minister Ehud Barak and three others in 2011 to form the short-lived Independence Party, which stayed in the Netanyahu coalition after the majority of the Labor Party voted to join the opposition. The new party dissolved in 2013 when Barak decided to retire, ending the political careers of his allies.

As of Tuesday night Wilf’s photo still appeared in a collage of about 70 Israelis scheduled to appear at the conference. (Wilf appears in the second row from the bottom, fifth from the right).