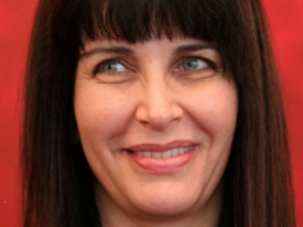 The Israeli left has often argued strongly for freedom of expression and open debate. But it seems that open-mindedness is not universal.

Knesset Feminists: Meet the Women Who Left Labor with Barak

Running against billionaires like cosmetics heir Ron Lauder, Einat Wilf didn’t have much of a chance of winning the election to lead the World Jewish Congress, and ultimately she bowed out of the race. The former foreign policy adviser to Shimon Peres tells the blog Jewess that she had “no realistic expectation of winning,” but was rather running to promote certain ideas. You can read the full interview here.