It’s tiring to apologize over and over. Instead, I’ve decided to come clean: I am a progressive American rabbi who leans left pretty hard. I’ve been engaged, as a US faith leader, in work to reform gun laws, extend LGBT rights around the world, grant refuge to illegal immigrants, protect women’s reproductive choice, and more. Paint me blue.

So, when it comes to Israel, many of those with whom I engage in social reform expect me to react to Israel’s military actions in Gaza with scorn and criticism. To be fair, there are times when I do. My Zionism demands I speak out on behalf of the Israel that remains, in my world-view, the most ambitious project-in-process of the Jewish People. Whereas Israel’s 66 short years have witnessed strength and resilience that have redefined Jewish identity in profound ways, the global Jewish family remains interwoven with Israel. If you question this, scan the last week’s news for anti-Israel rallies in Antwerp, Los Angeles, Paris, Boston, and elsewhere that featured widespread anti-Semitic chants and violence against Jews.

So I’m a progressive US faith leader. I’m a Zionist in Berkeley, CA. I’m a Jew in the world, worried for my family. So here is my response to those criticizing Israel this week.

To those who suggest that Prime Minister Netanyahu is over-reacting to the missiles, I offer this response which I have now shared regularly at campus and communal conversations:

Israel is treating wounded Palestinians during this conflict, risking Israeli lives in surgical strikes to destroy weapons-smuggling tunnels created with building materials Israel allowed into Gaza for infrastructure projects to benefit Palestinian society. Just for a moment, consider the deaths that would result from Israel wishing harm on Palestinian civilians. In just the last 48 hours, Israel has allowed over 10 tons of goods into Gaza. During the past weeks, Israel has agreed to two humanitarian cease-fires. In the first hours of those ceasefires, Hamas rained down over 70 missiles onto Israel civilians.

I ask: What do Israel’s enraged critics truly desire? How is it possible to hear indignant claims of human rights violations in the context of Syrians slaughtered by the hundreds of thousands, state-sanctioned terrorism around the globe, and young immigrants treated like chattel by the US and other? Israel is doing its best, sacrificing its own children to preserve the lives of Palestinians.

I also ask, regarding the world’s seemingly acceptance of Hamas’ tactics as the only remaining option left for a desperate leadership:

Were Hamas to truly lead its people forward to a life of stability and peace, wouldn’t it use building materials for schools instead of smuggling tunnels? Wouldn’t Hamas stop stockpiling weapons in mosques and transporting them in UN ambulances? Wouldn’t Hamas stop firing missiles from civilian population centers if it valued Palestinian lives as much as Israel does? If Israel weren’t so concerned for Palestinian lives, wouldn’t it respond to Hamas’ horrific decisions in kind?

I ask the enraged critics of Israel’s defensive responses to Hamas: Would you have us not respond to this monstrosity? Do you think it’s not worth losing the PR battle to retain our humanity and save as many lives as possible? What country would stand by when thousands of terrorist missiles assault its citizens? I, a Jew, have lost 20 of my sons in the last three days, because I will not lose my humanity and stage a careless ground war in Gaza that would cause mass casualties. Though I fight monsters, I will not become one.

My response has changed these last few weeks, in which three Jewish teens were murdered by Arab terrorists and Palestinians celebrated by distributing sweets to children and an Arab teen was murdered by Jewish terrorists and the Jewish world condemned the hatred. I am done trying to apologetically explain Jewish morality. I am done apologizing for my own Jewish existence.

Some will call this needless hyperbole. But, having watched in this last week anti-Semitic “die-ins” in Boston, violent assaults against Jews in Los Angeles and Antwerp, and an almost pogrom at a synagogue in Paris, I’m done mincing my own words.

We will do what we must to protect our people. We have that right. We are not less deserving of life and quiet than anyone else. 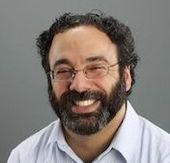