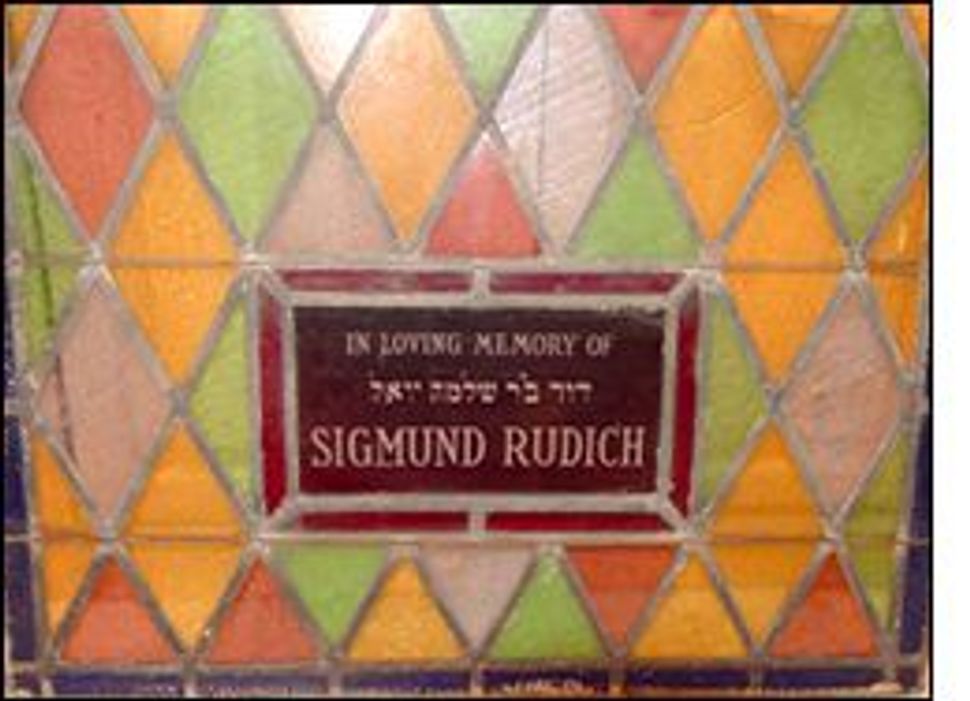 The Archdiocese Didn’t Take This Window

I used to live at 3060 Hull Avenue in the Bronx, right next door to the Mosholu Jewish Center (“A Bronx Tale: What Did the Archdiocese Do With Those Stained-Glass Windows?” May 30). My family and I were members from the early 1940s up until it closed.

Rabbi Hershel Schacter officiated at my bar mitzvah and married me and two of my three daughters. He also presided over the funerals of my mother, father, sister and two of my uncles. 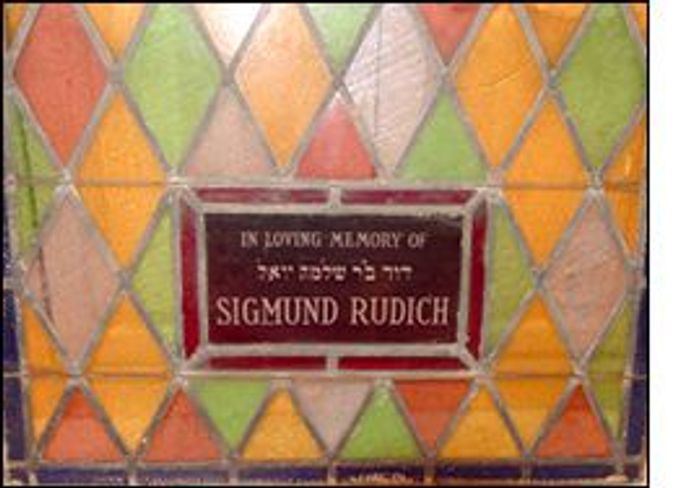 When I heard that the synagogue was going to close, I called Schacter and asked him what was going to happen to the stained-glass windows. You see, when my father died in 1951, my mother had a window engraved with my father’s name installed at the highest point in the main sanctuary, which you could see if you stood on the bima and looked out. Schacter said that he did not know what they were going to do with the windows, but gave me the name of a member who apparently was in charge.

I told the synagogue that I wanted that window, and that I would pay to have it removed and replaced. The center agreed, and sent it to me in Florida. I still have the window, as you can see from the picture above.

Publicly funded Hebrew charter schools are a clever but unwise idea (“Mega-Donor Throws Clout Behind Hebrew Charter School,” June 13). They would unlock public dollars for a worthy cause, but they would also open a Pandora’s Box of inter-group tensions and competition at public expense, political balkanization and unwelcome government supervision.

Would most supporters of Hebrew public schools welcome the proliferation of Arabic schools — which are likely to be, given today’s realities, Islamic, anti-Jewish and anti-Israel? My tax dollars should not be used to support anybody else’s religious or ethnic agenda.

As an American citizen, I prefer to support public education that nurtures a common American identity and patriotism. We need to maintain a high wall between church and state — our Jewish security in America depends on it.

The tone and content of Daniel Elkind’s May 23 Arts & Culture article was very disturbing to me (“Touring America’s Retirement Communities”). I am a resident of a retirement community — or as we like to call it, an active senior community. The article made us sound like a bunch of lecherous, senile, kid-hating anti Americans.

For the record, Sun City Grand in Arizona is a beautiful, resort-like paradise.

My husband and I worked hard all our lives. We contributed to society, were active in our community, raised a family and paid taxes. My husband and I inspired and educated children for 35 years.

Coming to live here was our choice. We have met so many interesting and wonderful people — people who are educated, intelligent, giving, caring and who will be our friends for the rest of our lives. We volunteer and take college classes. We have broadened our interests, we give back to the community and we are a support system to each other.

I have found my true spirituality because of where I now live and who I have befriended. I am active in my temple and in Hadassah. I volunteer for Sun Health and the food bank. I take courses and expand my sphere of knowledge. And to top all of that, I just had a bat mitzvah at age 62.

My kids and grandchildren come to visit, and they see what a paradise we live in.

So don’t dwell on a stereotype of elevator-music listeners, golf-cart racers and kid-haters. My husband’s cell-phone ring is from the Doobie Brothers, I ride around in a bright yellow Mini convertible and both of us are former teachers who still hear from our old students.

The Real Price of Peace

Opinion writer Martin Van Creveld believes that an Israeli agreement with Syria would offer an easing of Israel’s strategic situation (“Peace Is Worth the Risk Of Withdrawing From the Golan,” June 6). But previous Israeli negotiations with other terrorism-sponsoring, unreconstructed Arab parties tell a different story.

Talking to Yasser Arafat and Syria’s Hafez Assad achieved nothing, even when massive concessions were offered. In Arafat’s case, where concessions were made, Israel ended up with a terrorist regime on its doorstep and the loss of more 1,000 Israeli civilians to terrorism.

Does Van Creveld really believe that Syria would break with Iran and rein in Hezbollah? And until Damascus changes its ways, Israeli concessions will only bring dangers, not security.