To Accept or Not to Accept the Iran Deal 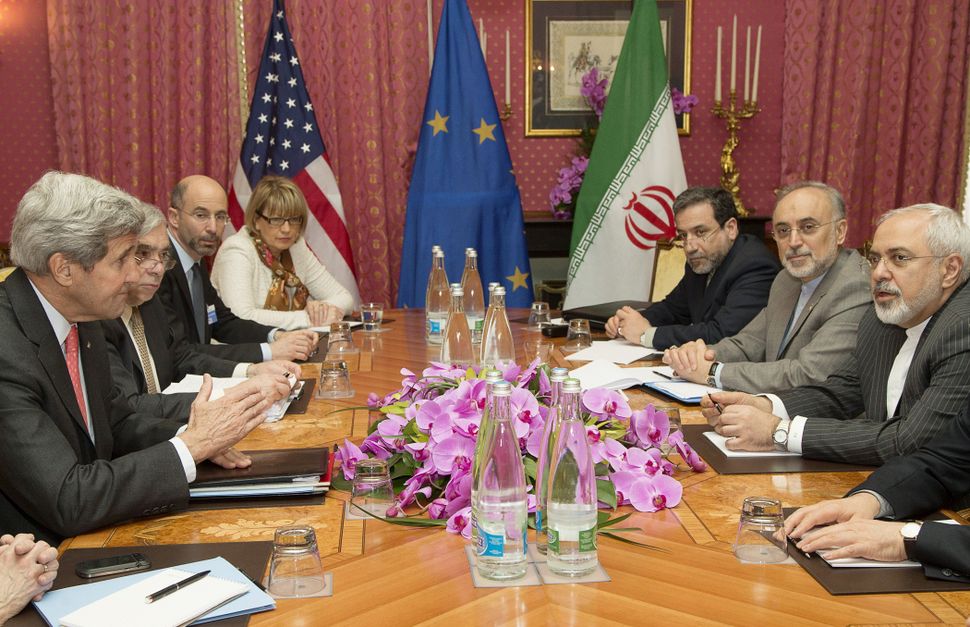 Many provisions of the proposed nuclear agreement with Iran are not satisfactory, which leads to the conclusion that the agreement itself is unacceptable.

The most important issue is totally intolerable – namely, the proposed 10- to 15-year duration of the agreement. For some reason, opponents of the agreement don’t put this at the top of their objections.

Let’s assume that Iran would agree to destroy all its centrifuges and get rid of all nuclear materials necessary to produce a nuclear bomb, but only for the period of 10 to 15 years. (Also, let’s assume that they will not lie, for a change.)

Could such an agreement be acceptable if it will allow Iran, in a very short historical timeframe, to restart its path to a nuclear bomb? A good agreement is one that is permanent and not restricted to any time period.

And if Iran is truly not interested in a nuclear bomb, due to religious convictions, by what logic would Iran object to a permanent agreement? If the agreement were permanent, it would be sufficient for acceptance – even in its present form, with all its other unsatisfactory provisions.

Even those of us who have reached very old age and don’t need to worry about themselves in 10 to 15 years will still worry about their children and grandchildren if Iran will restart its dangerous path towards a nuclear bomb in such a short period of time. We are now facing the prospect of an Iranian nuclear program that is not completely canceled, but just postponed.

Let’s be realistic: The agreement itself will not make the regime better. (Chamberlain’s agreement with Hitler did not make Nazi Germany any better.) However, billions of dollars and the unrestricted sale of oil will make Iran stronger and more influential. It will also help Iran make its proxies stronger.

Instead of engaging in a painful debate about changing many provisions of the agreement, if the President and Congress would agree on introducing just one amendment – to make the current agreement permanent – then the agreement would become acceptable, subject to appropriate international inspections on the ground. (Of course, experts might consider the above a naïve suggestion. But I am not an expert, this is my excuse.)

As for Iranians, it will mean that the agreement remains the same with only one “small” change.

To Accept or Not to Accept the Iran Deal