My Childhood Synagogue Made a Mistake Inviting Pro-BDS Speakers 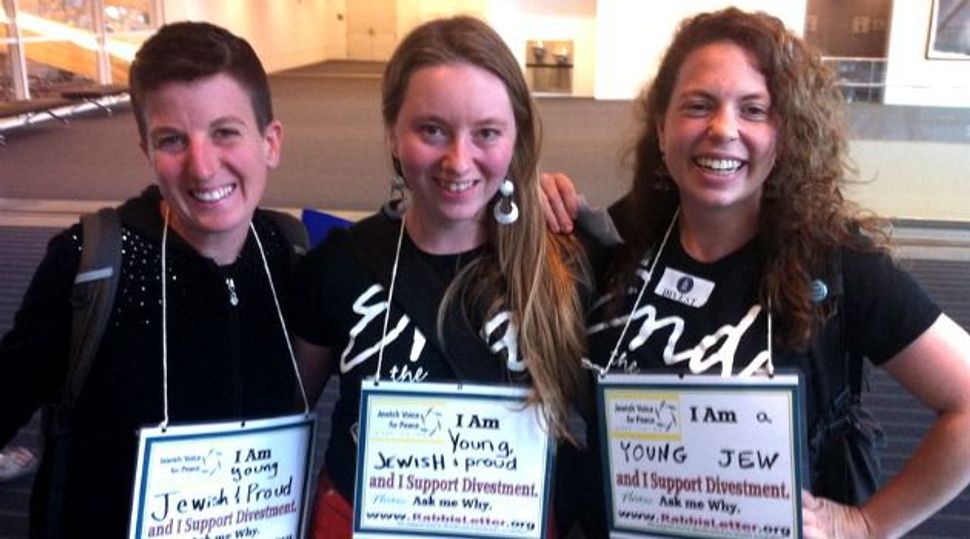 I read the recent op-ed regarding BDS and my own childhood synagogue with sadness. While seemingly well intentioned, this wonderful shul made a serious mistake in inviting and promoting pro-BDS speakers.

The op-ed makes two central, misguided arguments. First, as Jews we have some obligation based on “an inherent rabbinic tradition of debate” to give a platform to those with whom we fundamentally disagree. Second, that the best strategic way to combat the pernicious forces of BDS is to give them a platform and an audience.

Refusing to provide an audience to pro-BDS speakers is not remotely equivalent to “excommunicating” the speaker. Use of such terms is not only inflammatory, but clearly wrong. The overwhelming majority of shuls warmly welcome all Jews to daven, learn and participate in the life of the community—even the tiny minority who support BDS.

While we do have an obligation to welcome all Jews, however, we have no obligation to promote ideas that are antithetical to our beliefs, including a belief in, as the authors state, “an Israel that is Jewish as well as democratic and secure.”

Second, it is simply false that the Jewish community “refus[es] to allow the best-informed speakers to present the many arguments against BDS.” The Jewish voices in opposition to BDS are loud, clear and echo from nearly every corner of the Jewish community. Our leaders—from the right, left and center—speak up in forums ranging from synagogue bimas to the Presbyterian General Assembly. Refusing to confer legitimacy on a fringe, extremist position is not remotely the same as silence.

Finally, the basic premise that giving a forum to forces that wish to undermine the State of Israel will convince people — and particularly unaffiliated Jews — to oppose these forces confounds logic, even if unaffiliated Jews regularly attended synagogue programs.

Let us be clear about one other thing: Opposing BDS requires only that you believe that Israel has a right to exist — a extremely low bar. That is why opposition to BDS unifies Jewish individuals and organizations from the far-right to the far-left. It is only the extreme fringe that believes in BDS and the delegitimization of Israel.

The authors belatedly came to the conclusion that they too oppose BDS. It is deeply unfortunate — and inexplicable — however, that they could only do so after “this dialogue” in which pro-BDS speakers promoted an effort that would undermine, in the authors’ words, “an Israel that is Jewish as well as democratic and secure.”

I hope that my childhood synagogue — and our entire community — can dedicate 5776 to working toward an Israel that fits our personal values and ideals. This certainly does not mean that we need to agree with all Israeli government policies — many of us do not — but it does mean that we need to agree on Israel’s right to exist and take steps to ensure and strengthen that right.

My Childhood Synagogue Made a Mistake Inviting Pro-BDS Speakers