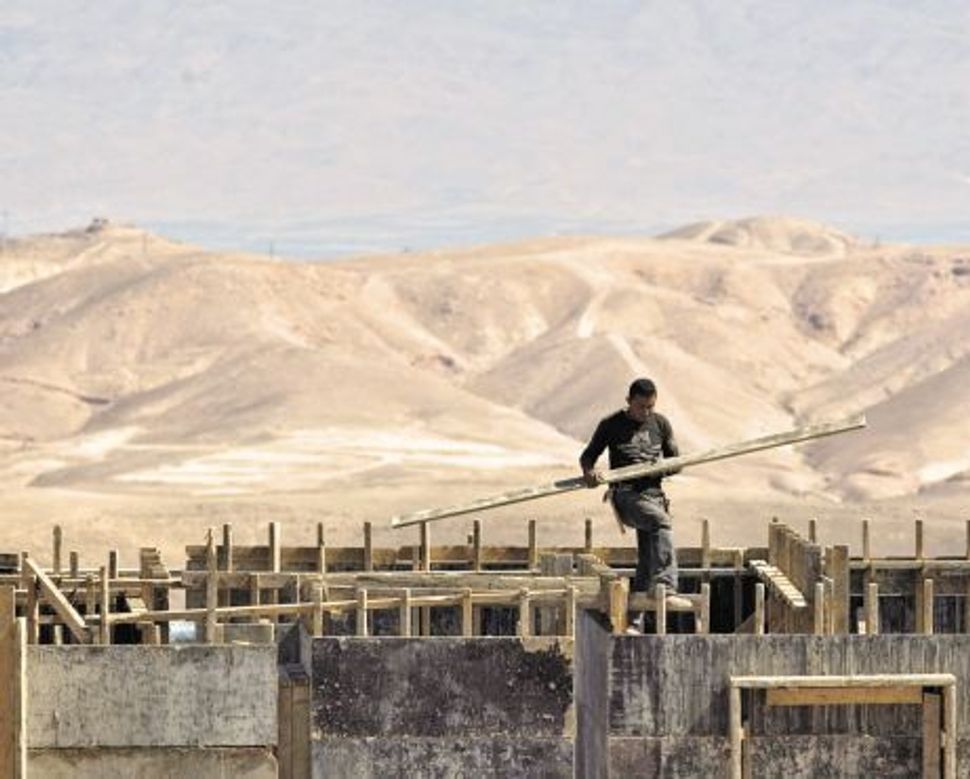 A Palestinian working in the West Bank settlement. In the 20 years since Oslo, an eastern bloc of settlements has been created, possibly thwarting future Palestinian development plans. Image by Haaretz

In an editorial published on January 21, Jane Eisner opposes Human Rights Watch’s call for businesses to pull out of Israeli settlements because it “would grind economic activities to a halt, hurting ordinary citizens both Israeli and Palestinian,” amounting to “collective punishment.” This assessment doesn’t stand up to analysis.

There are two separate economies in the West Bank. One is the Palestinian economy, which is withering under discriminatory Israeli policies that preclude Palestinians from building in all but 1% of the area of the West Bank under Israeli administrative control called Area C. These same policies confiscate and restrict access to Palestinians’ land and strictly limit their access to water and licenses to extract their own natural resources. The other economy is the thriving one in the settlements, which is bolstered by the Israeli government with financial incentives, access to building permits, and licenses to exploit natural resources.

Ignoring the different legal status of Palestinians and settlers, Eisner argues that the withdrawal of settlement businesses would collectively punish settlers. But these businesses should not have been providing services to the illegal settlements in the first place. Settlement businesses unavoidably contribute to Israel’s violations by facilitating the operation of settlements and contributing to Israel’s confiscation of Palestinian land and other resources. They also entrench and benefit from this discriminatory system.

Settlement businesses should not be let off the hook because ceasing their operations would make life in settlements a little harder. Ending their activity in or with settlements would bring businesses in line with their human rights responsibilities. It would accomplish that by ending their contribution to Israel’s violations of Palestinian rights in the West Bank, which have persisted for nearly 50 years.

Sarah Saadoun is a researcher on Israel/Palestine at Human Rights Watch.