The Israeli Settler Movement Isn’t What You Think 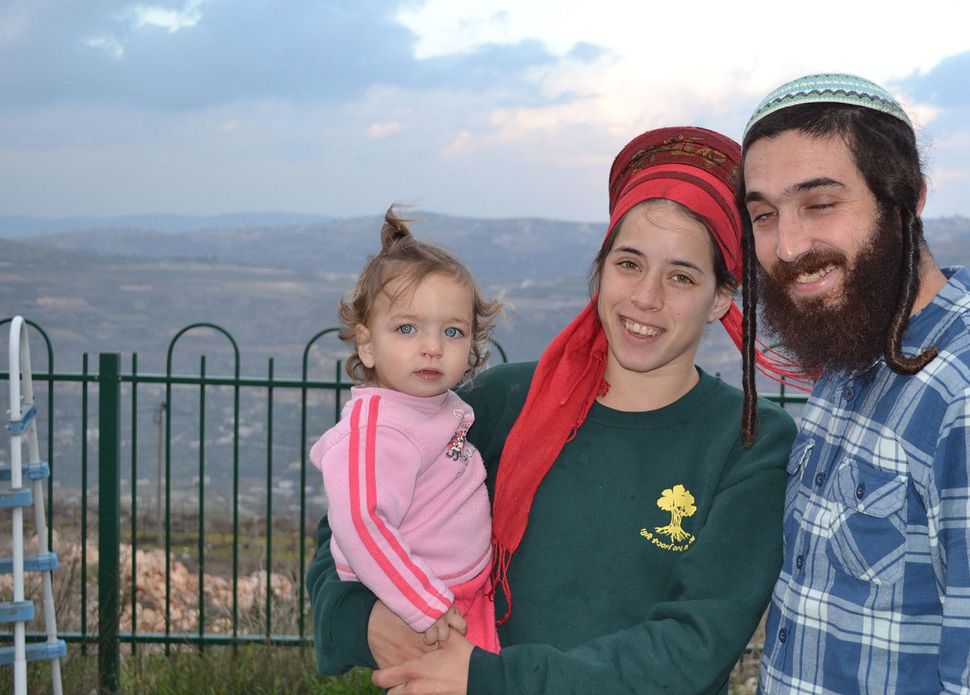 After reading your January 11 story, by Naomi Zeveloff, I felt compelled to respond.

For nearly 40 years, my husband and I have made our home in Kedumim, a community in Samaria. We have raised nine children, five of whom live in neighboring communities. All our children served their country proudly as soldiers in the IDF, with our sons serving in combat units and as officers, often involved in some of the most dangerous situations in skirmishes and wars. They continue to be called upon a few times a year to train other soldiers during their reserve duty. Up until a few years ago, it was not uncommon to have my husband and several of my sons serving the State of Israel at the same time.

Following their compulsory service, all of my children went to university and graduated with professional degrees. These second-generation children, each in their own way, and guided by their pride as Jews and by Zionist ideals, have sought out ways to contribute to different causes in Israeli society.

As someone who is very involved with the needs of my community and those in the surrounding area, I am keenly familiar with life in Judea and Samaria. I can say, without hesitation, that my children and my teenaged grandchildren are typical of the majority of the youth in Judea and Samaria.

Your cover story painted a distorted and unjust picture of the reality we live on a daily basis — especially as it relates to our young people and the focus of their lives and energies.

We are fully aware of the fact that there is a group of young people who are extreme. Those of us who live in the communities are pained by their actions and speak out against them. However, it is important to know that these youngsters represent a marginal group. Many of these extreme youngsters are dropouts who have been unable to integrate into the regular educational system. They are youth at risk who have no connection with their parents and, like children elsewhere in Israel whose circumstances are compromised, choose a negative path. These children don’t accept the rules, they violate our laws and, sadly, have acted violently against Arabs. These children do not have respect for any authority, including that of the rabbis.

The majority of residents in the communities condemn them, their actions and their ideology. The “price tag” violence has been conducted by a small group and we, in the communities, have begged the police to find them and arrest them.

In addition, we do not generalize and think that all the Arabs are terrorists. We, living in this hostile area, have Palestinian neighbors whom we talk with and from whom we hear their hopes to have a normal life. They are not involved in violence and they know that the situation ruins their lives, too.

We invite the editors, writers and readers to meet us, the average residents in Judea and Samaria. Come and see and hear for yourselves. And we will introduce you to some of our Palestinian neighbors. It will be a huge surprise to discover how the oft-repeated stories about the “settlers” and their children have turned into ingrained misconceptions. We should all have learned the lesson by now that a lie repeated often enough becomes the truth. Let’s work together to get the real story told.

Raphaella Segal, a founding member of Kedumim, is an optometrist whose clinics serve all sectors of Israeli society including Jews, Arabs and Christians.

The Israeli Settler Movement Isn’t What You Think