Menu
HomeLetter to the Editor: On Genuinely Embracing Interfaith Families

It is gratifying to see Steven M. Cohen, a prominent critic of intermarriage, say that “Efforts to welcome, engage and educate the already-intermarried are admirable and necessary.” (Which of our Grandchildren Will Be Jewish in This Age of Intermarriage, October 24)

The twenty-five years of programming Steven describes, which he says still leave disheartening demographic contours, have not involved efforts aimed directly at engaging interfaith families. (Note that if the grandchildren of intermarriage who are raised partly Jewish by religion, and Jewish but not by religion, are included, the percentage raised with some Judaism is significantly higher than 5%.) The wonderful programs he mentions – education, camps, campus, Israel trips, young adult and young family engagement – of course reach some interfaith families, but no massive, concerted effort aimed directly at engaging interfaith families has happened – yet.

That some programs lead to in-marriage is a fine thing. But promoting programs as leading to in-marriage deters those who come from interfaith families from engaging, and discourages those who later intermarry from engaging. There is a stigma of disapproval that interfaith couples still feel, so major programs shouldn’t be surprised that they are not recruiting enough children of intermarriage. Conversion, whether formal or informal, is also a fine thing. By genuinely embracing interfaith families, more of the spouses from other faith backgrounds are likely to adopt Jewish identities. 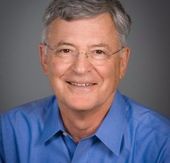