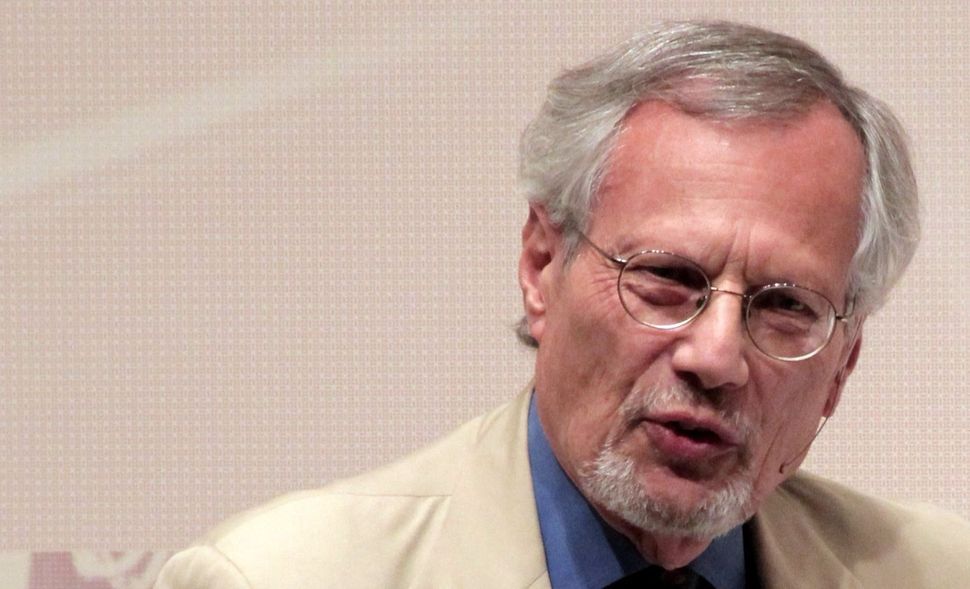 I was travelling in Italy when I received an e-mail on May 7 from Jack Rosenthal. The subject line simply said, “Illness” – enough to make me shudder. And sure enough, the first sentence of his message got right to the point: “I’ve just been diagnosed with pancreatic cancer.”

I’ve known Jack for many years — fellow journalists who saw each other mostly in passing during his long career at the New York Times. Our friendship blossomed when he headed the Times Foundation, especially after 9/11, when he enlisted my wife, Lynn Povich, to help dispense aid to displaced people and first responders. Later, when I became Founding Dean of the CUNY Graduate School of Journalism, he took a strong interest in the school’s mission of serving students of color – a constituency he knew was sorely missing in the journalistic ranks.

Just before the CUNY Journalism School opened in 2006, the Sulzberger family set up a $4-million scholarship fund to honor Punch Sulzberger, former chairman of the Times, on his 80th birthday. Punch’s sisters and his son, Arthur Sulzberger, Jr. were the prime movers, but Jack was there every step of the way, offering wise counsel to me, an inexperienced fund-raiser. Nearly 200 students, many of them from diverse backgrounds, have since become Sulzberger scholars – to Jack’s great delight.

More than three years ago, when I was starting a book group with my friend, Bert Pogrebin, we invited Jack to join us. I quickly told him that we weren’t planning to read books about public policy or urban affairs, the subjects Jack had specialized in as a journalist. No, we were going to read fiction. And not even contemporary fiction, but rather the classics – from Faulkner and Fitzgerald to Virginia Woolf and James Joyce. Jack didn’t hesitate: Sign me up, he said.

Jack loved the books and the group. He never missed our monthly meetings, and he always came prepared with notes and passages he couldn’t wait to share with us. He was full of insight and joy. But when it came time to read Saul Bellow, Jack was, to his surprise, a skeptic. While he admired Herzog, he couldn’t abide The Adventures of Augie March, Bellow’s breakthrough novel, a picaresque tale published in 1953. “I confess that I was unimpressed,” Jack said, half-expecting a fierce backlash from the rest of us. But he went on in his soft-spoken way: The novel felt like a “series of short stories strung together.” It was episodic, not a sustained narrative, he thought, and Augie “never really defines himself.”

Furthermore, Jack thought that Bellow’s obvious erudition was often pedantic, with frequent references to the likes of Seneca, Cincinnatus, Alcibiades, Rousseau, and Sardanapalus. To prove his point he read aloud the first paragraph of Chapter 11 of Augie March. It is an impenetrable passage, over-ripe with allusion and obscurity. Jack relished every word. I invite everyone to look it up. It sure does feel as if Bellow is show-boating, a cardinal sin to Jack.

Jack rarely raised his voice. He wasn’t shy in his opinions, but he came prepared to cite chapter and verse. He was always the gentleman, always solicitous of the views of others. Yes, our book group learned a lot about literature, but we also learned a lot about each other. Jack was a mensch, a witty and wise man, a guy with a wonderful sense of humor, a marvelous friend.

I mourn our collective loss.

Stephen B. Shepard served as a senior editor of Newsweek, editor-in-chief of Business Week, and founding dean of the CUNY Graduate School of Journalism. He is finishing a book on Jewish writers in post-war America and their influence on Jewish identity.