We Have No Right To Decide Israelis’ Fate 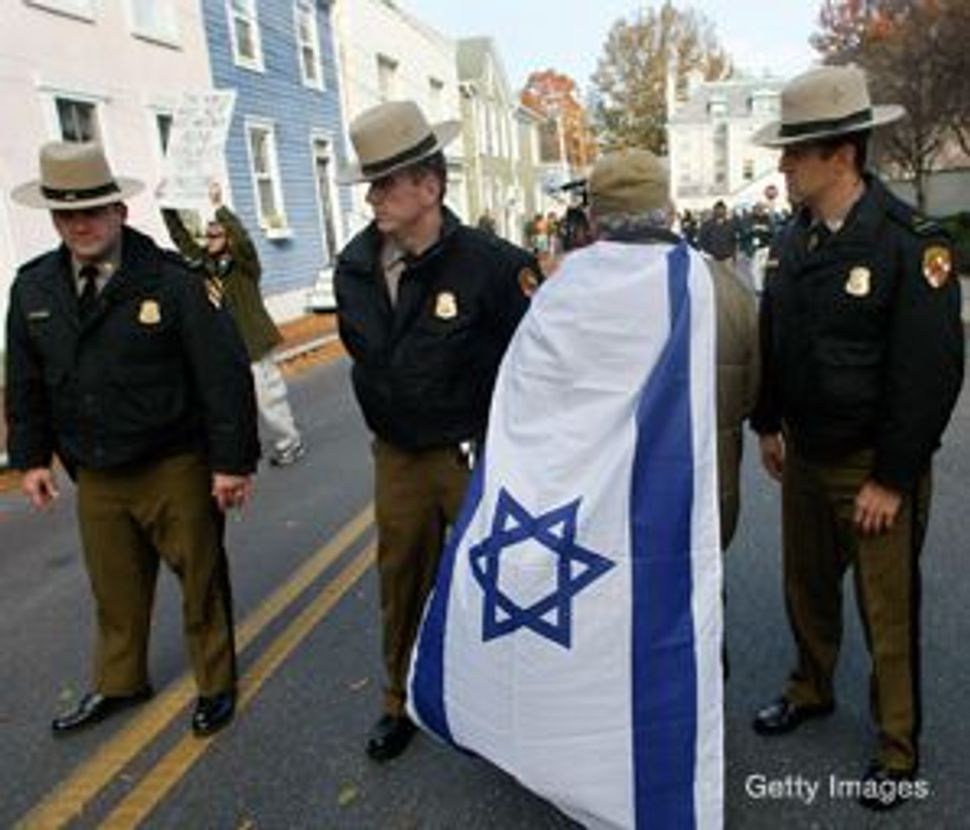 CAPETOWN: A man wearing an Israeli flag was among the handful of protesters who descended on Annapolis, Md., for this week’s Israeli-Palestinian peace talks.

After reading articles on the divisions among Jewish people over Israel, Zionism, settlements and the like, I have one question: Why does it really matter? There has been an elephant in the room since Israel was established. At no time since it’s inception have the Muslim states ever agreed to live with Israel in its midst regardless of which Jewish faction prevails. I’m sure that we all agree that Israel is necessary as a place for Jews to go if necessary. The Holocaust proved that. For the Arabs, it was never a matter of a Jewish state and Palestinian state. It was simply no Jewish state in any form. Unless we’re all intending to move there, let the Israelis make the decision as to what is best for their defense. They’re the ones who have to pay the price.

We Have No Right To Decide Israelis’ Fate