Why The Forward Took Down a Story About Elie Wiesel 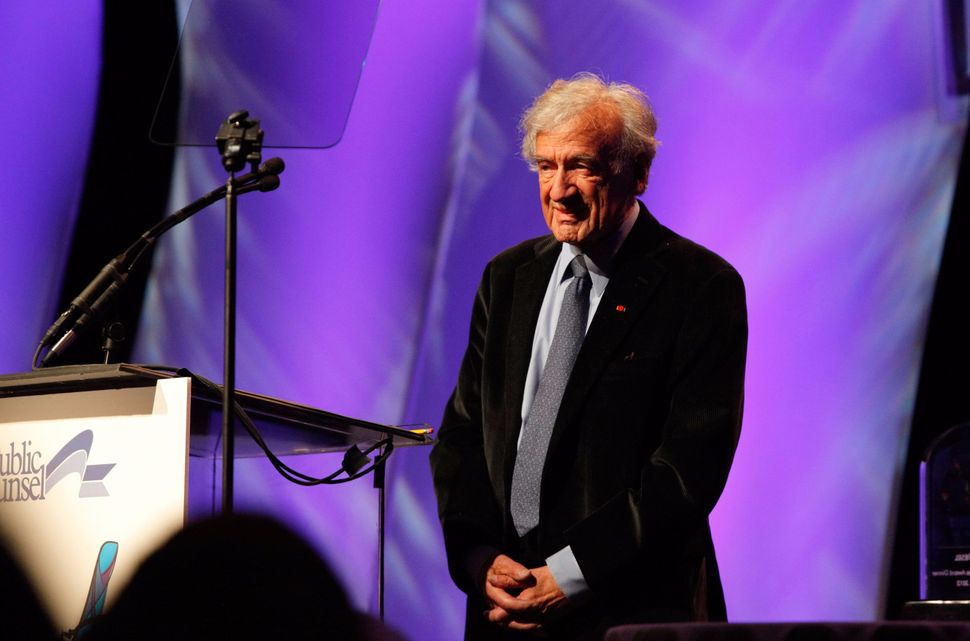 Thank you for your note regarding our decision to take down the Elie Wiesel story. Your concerns are valid and commendable, and I’ll do my best to respond.

The story in question was not reported by the Forward. It was aggregated from a story that appeared on another site. We made a decision not to pursue the story, but a miscommunication between editors meant that we briefly had the story online. It was this miscommunication that was corrected when I decided that we should take down the story.

I made the decision because the story did not meet our journalistic standards. It cited an allegation published on another website, from a single source, with no corroborating evidence and no response from the alleged attacker or his representative. Journalism is about verifying information. This was unverified.

It was published by mistake. We make mistakes sometimes. The only thing I can say is that we acknowledge them and apologize.

During the nine years I have had the privilege of being editor-in-chief, we have published many investigative stories about sexual harassment and abuse, with allegations against powerful people and institutions. We are unafraid to do so. But we publish our own work, conducted according to our own standards, and we strive to practice our craft according to the best practices of our profession.

We have also published searing essays by women who were brave enough to share their own stories. (I did so myself recently.) Here, too, we carefully vet the allegations, particularly if the alleged attacker is named.

This was a different case — a story aggregated from another website, and we erred in not vetting it before publishing. I say that not to throw doubt on the potential victim’s story. (I’m a woman and tend to believe other women.) But our journalism demands that we seek to verify the information we publish, and we did not do that before this story was posted on our website.

Since this incident occurred, I have reminded my staff of our standards, and reached out to colleagues in the profession for guidance on how to assess these sorts of stories as they are increasingly shared online. This is a challenge facing many of us trying to balance the demands of fast-paced digital journalism with accuracy, fairness and compassion.

I hope this answers your concerns.

Why The Forward Took Down a Story About Elie Wiesel