Why Opposing BDS Is Not Un-American 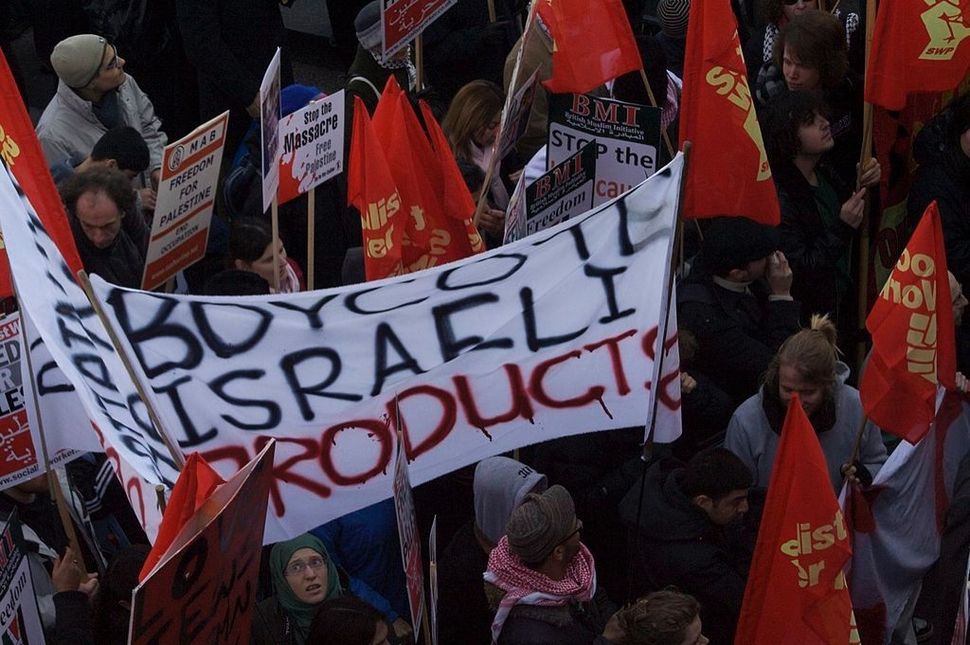 Ben-Ami is correct to note the “one-sided and unbalanced politics” that inform the BDS movement and its failure to acknowledge Israeli rights and interests or even to put forward a viable solution to the Israeli-Palestinian conflict, just “an end of the state of Israel.” He also properly stresses the importance of respecting and protecting our First Amendment freedoms. However, Ben-Ami mischaracterizes anti-BDS legislation.

The legislation that has been enacted in 24 states — with more to come — addresses economic activity and discrimination based on national origin. It expresses the will of state governments not to invest in or contract with companies that boycott Israel; individuals remain free to boycott whomever they choose. The two examples that Ben-Ami gives are widely seen as enforcement misapplications of the laws of Kansas and Texas by over-zealous local municipal officials. It is disingenuous to use them as a “straw man” against legislation that combats discrimination against Israeli businesses without impacting the rights of individuals to engage in protected speech.

The proposed federal legislation cited by Ben-Ami would merely apply existing anti-boycott legislation, which for over 40 years has prohibited boycotts by foreign nations, to intergovernmental bodies like the UN. Again, the federal legislation would not prohibit a UN bureaucrat from boycotting Israel on her own time; it would simply prohibit a company that is being pressured by the UN to boycott Israelis from doing so.

Advancing US economic ties with our ally Israel is smart, effective policy — and hardly “un-American.”

Supporters of an independent Palestinian state living side-by-side in peace and harmony with Israel must redouble efforts to help the parties achieve a lasting peace. As long as the BDS movement advances unilateral economic warfare, however, it is the right and obligation of those who oppose BDS and support peace to seek redress in properly constructed legislation that protects First Amendment rights, while serving as a counterweight to discriminatory BDS. The legislation we support does just that.

William C. Daroff is the Senior Vice President for Public Policy & Director of the Washington office of the Jewish Federations of North America.

Why Opposing BDS Is Not Un-American