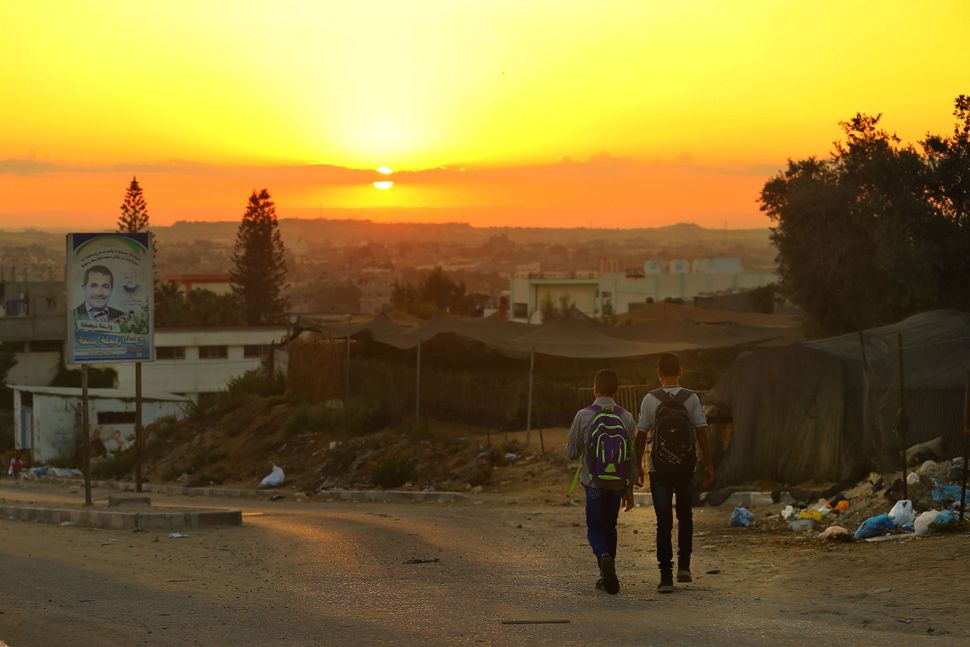 I am a Philadelphian who has admired your journalism and writing for many years.

I read with great interest your piece in the January Forward magazine about your Encounter trip in the West Bank this past November.

I agree positive recognition is deserved by Palestinians who dissent and protest non-violently.

When you report, however, that Near East Consulting’s latest polling shows roughly two-thirds of Palestinians “favor a peaceful approach to ending the conflict”, what does this mean? Do two-thirds of Palestinians ratify the existence forever of Israel as a Jewish State and give up right of return to land their families lived on before the summer of 1948? If so please ask Encounter to ask American Jews to call for an immediate democratic vote among Palestinians in the West Bank as a step toward ending the occupation.

I don’t know if an eventual answer of a federated United States of Palestine composed of two sovereign states could ever work, but shouldn’t Israelis and Jews everywhere know by referendum whether a peaceful resolution means a Jewish majority in at least one of these component states?

The Occupation must end. But are two-thirds of the Palestinians who are polled ready to vote to ratify a Jewish majority state in Palestine?

If they really are, let’s move beyond Encounter and ask the EU to push for an immediate monitored vote in the West Bank.

Are the Israelis ready for this? Are the West Bank Palestinians?

Thank you for everything you do for the making your readers (and writers) THINK.