Letter: More Efforts Should Be Made To Normalize Relations Between Jews and Palestinians 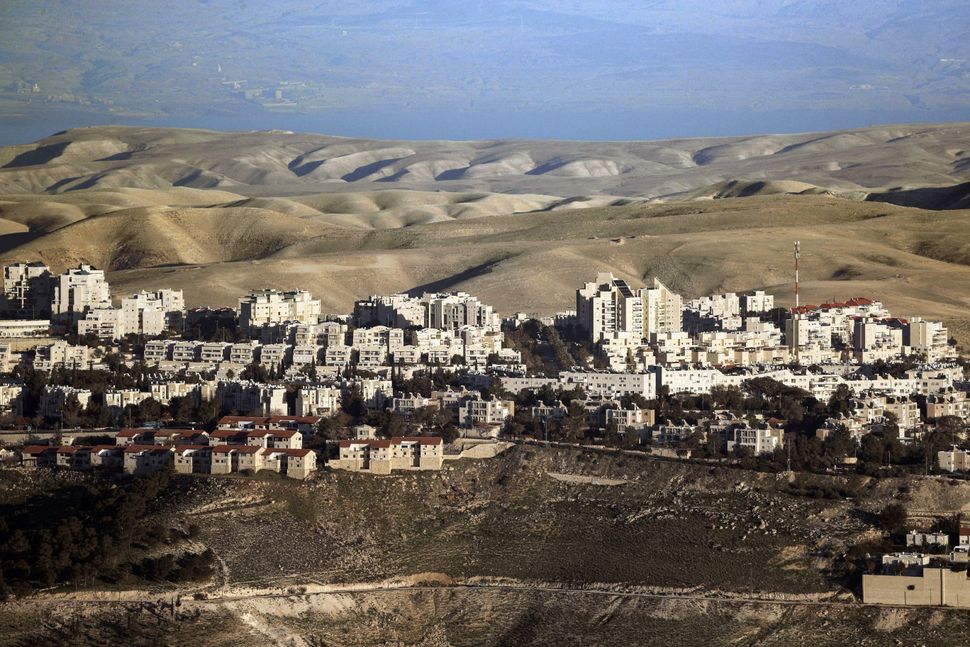 I very much enjoyed your piece about your West Bank trip and Palestinian non-violent resistance on January 3. It stimulated a couple of reactions, and since mine are different from those of Judge Djerassi whose opinion was published on January 6, I am writing now.

I do think it is wonderful that Encounter has listening trips and that you were on one. Thank you for making your readers aware of what you heard and saw.
While I would love to see a peaceful agreement between the Israeli and Palestinian leadership, and I do think it would be hastened by non-violent advocacy on the part of the population on both sides, I also believe that a number of attitudes will need to change. On the Israeli side, the attitudes that led to an item in the Tablet, also published on January 3, must change. The Tablet article, by Liel Leibovitz, was about a recent meeting of Likud’s central committee where “an overwhelming majority of the party’s top officials voted to endorse applying Israeli law on Judea and Samaria.” Furthermore, “the proposal calls on the party to support annexing the disputed territories, spelling the de facto end of the two state solution.” Although Prime Minister Netanyahu did not attend this unusual meeting, apparently he also “did not urge his party to refrain from making sweeping political statements…” The attitude behind this meeting and its votes is a set-up for failure of a negotiated solution with violent and non-violent Palestinians.

On the Palestinian side, it seems to me that the non-violent advocates need not only to concede Israel’s right to exist – i.e., address the deep existential fear of Israelis – but also must have that concession play through into all aspects of their life. The person you met in the refugee camp, who apparently stays there because it seems to symbolize for him that he has a right of return, may be non-violent, but he is not, in my opinion, a non-violent advocate for peace. This past year I read Padraig O’Malley’s book, “The Two State Delusion: Israel and Palestine – A Tale of Two Narratives.” At least as I read it, O’Malley does not say that one couldn’t have a two-state solution but rather that neither side has been, or is, ready for one. In addition, he makes the argument that the usual pattern of a third-party, particularly the United States, getting the two sides together is counter-productive since both the Israelis and Palestinians set its people up in advance for a failure that can be blamed on the other side.

Although I am aware that there are some efforts that involve Israelis and Palestinians working together, I also think more efforts to normalize commercial, cultural, medical, and other types of interaction would facilitate an agreement. When I was in Israel in early December, 2017, at a meeting of an external advisory committee to the Goldman Medical School at Ben-Gurion University of the Negev, we visited a large Clalit clinic in Rahat, a Bedouin town of 40,000 people near Beer Sheva. On the way into town we passed the large SodaStream plant that opened there in 2014 when, due to BDS, an external impediment to business interactions, the factory moved from a West Bank settlement. An article in “The Guardian” reports that 500 Palestinians lost their jobs when this move occurred. While this move benefits the Negev and the Bedouins in and near Rahat at the expense of the settlements and the Palestinians, it also illustrates a current problem in “doing business” involving both Israelis and Palestinians.

I learned about a different example couple of years ago: An American nurse of Palestinian descent who had been consulting to a nursing school on the West Bank told me that the school had a number of issues it was dealing with. On hearing this, I felt that the school might benefit from some interaction with faculty and administration at an Israeli nursing school. When I suggested to the American nurse that she propose an interaction, the response she received from the Palestinian school was that it would not deal with the Israelis until Jews left the settlements, etc. My interpretation was that an overall peace agreement was a pre-requisite for the Palestinian leadership of this institution even to seek assistance.

Letter: More Efforts Should Be Made To Normalize Relations Between Jews and Palestinians