Letter | What Peter Beinart Leaves Out 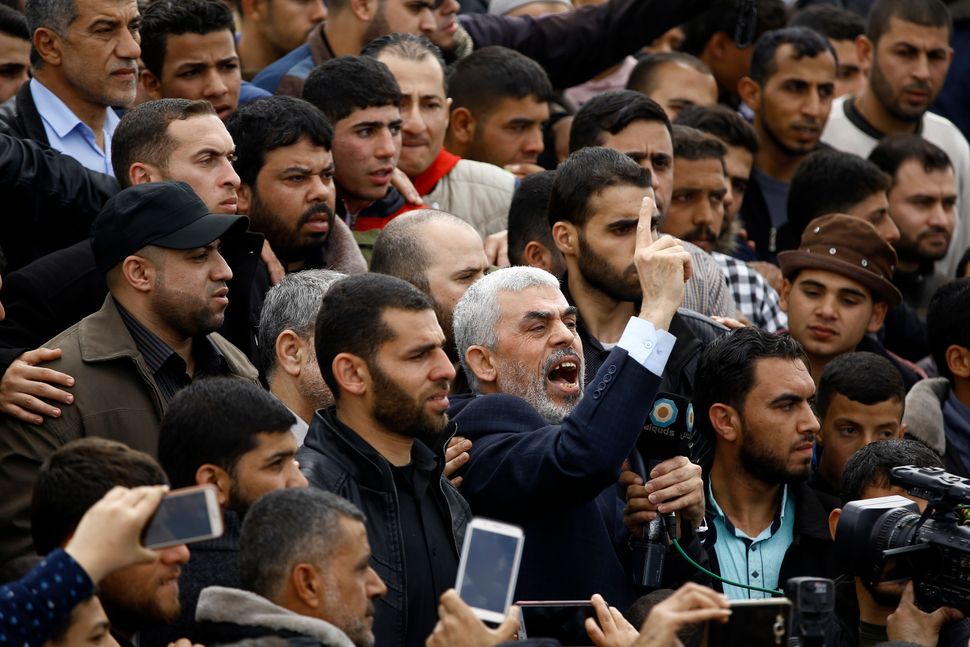 Beinart’s disdain for Netanyahu and his ruling coalition is evident. And appropriate. The Likud government is uber nationalist, intolerant of dissent, hostile to civil liberties and democratic values, corrupt, bigoted, dishonest and addicted to power.

Netanyahu’s and Bennett’s absolutist rejection of the two state solution has made Israel a co-conspirator with Hamas in perpetuating the viscous cycle of Palestinian despair, anger, hatred, resistance and terrorism. The Likud government has not just tolerated, but nurtured, settler aggrandizement, bigotry and violence against both the Palestinians and the Israeli army.

Beinart also is correct to condemn the establishment American Jewish community for its tribal support of Netanyahu’s uber nationalism. The leaders of the American Likudniks and AIPACers obsequiously disseminate Netanyahu’s Orwellian talking points, turn a blind eye to settlers’ lawlessness and Palestinian deprivation, and blame the Palestinians for every condition and occurrence while justifying every Likudnik policy and action. The followers of these manipulative chieftains are by and large ignorant of the facts, in deep denial, and/or unwilling to recognize that Likud’s rejection of the two state solution is a sea change that fundamentally alters the moral calculus of the conflict.

Sometimes, however, it appears that Beinart’s liberal values and attitudes, combined with his contempt for Netanyahu, cause him to elevate concerns and criticisms of specific Israeli policy and action into moral condemnation even when the Palestinians, and especially Hamas, bear the lion’s share of the blame for a specific event or condition. Beinart’s recent column: “American Jews Have Abandoned Gaza — and the Truth” is an example of this.

Beinart sees Gaza protesters – – who suffer oppressive shortages of health care, housing, electricity, sanitation, food and opportunity – – demonstrating against their desperate situation. Understandably, he recoils at the sight of Israeli soldiers shooting live ammunition, rubber bullets and tear gas, killing some demonstrators and injuring scores more. Admittedly, the optics are painful. No American Jew should be comfortable with this scene.

However, emotional reaction must not be allowed to overwhelm the relevant facts in evaluating and judging this situation. Beinart admits that the Israeli blockade of Gaza promotes legitimate security goals. Beinart further admits that Hamas is a “brutal and destructive force” with a “long and ugly record of terrorist attacks.” He glosses over that Hamas has organized the demonstrations for the stated purpose of whipping the Gazans into a frenzy to storm and attempt to breach the security fences. Hamas is pursuing a depraved strategy of turning Gazans into cannon fodder in the hope that the bloody field will create an international backlash against Israel.

Israel has a legal and moral obligation to distinguish between Gazans involved in peaceful protest and agitators who breach the buffer security zone and approach the fence. There exists some troubling but inconclusive evidence that a handful of peaceful demonstrators may have been shot by (an) individual soldier(s) who violated orders. If any of those allegations are confirmed, Israel must respond swiftly and unflinchingly to send an unambiguous message that such action will not be tolerated. But even if such an incident occurred, it is a very limited exception that cannot reasonably serve as a basis to condemn the otherwise legitimate Israeli response to Hamas’ provocation.

Reasonable individuals can reasonably disagree concerning details of Israeli’s blockade of Gaza and Israel’s response to the demonstrators. But it is unreasonable to equate Likud with Hamas, and critics of Likud lose their credibility when they lose this perspective.

Beinart ignores the mountain of Hamas’ own declarations when he suggests that in a mythical past Hamas might have been willing to abide by a peace treaty. Worse, he argues that Likud is little different from Hamas given Likud’s rejection of the two state solution. Hamas has declared repeatedly that it would not recognize the legitimacy of a peace treaty entered into by the Palestinian Authority. Likud has never even hinted that it might subvert the essence of the democratic process and repudiate a peace treaty negotiated by an Israeli government.

Equating Likud to Hamas leaves Beinart vulnerable to categorical rejection by the American Likudniks and AIPACers who will eagerly leap to brand him as an anti-Zionist. Which is more than an unfortunate self-inflicted wound, because Beinart is a voice of what should be our community’s moral conscience. Beinart should not allow himself this kind of emotional venting.

Beinart may at times overstate the case against certain Israeli policies, perhaps out of frustration and dismay. But he always remains an advocate for a two state solution peace treaty that respects the dignity, legitimate national aspirations and security interests of both peoples.

Even when I disagree with him, I remain grateful for his commitment to peace and justice.

Letter | What Peter Beinart Leaves Out