All Nationalism Is Racist 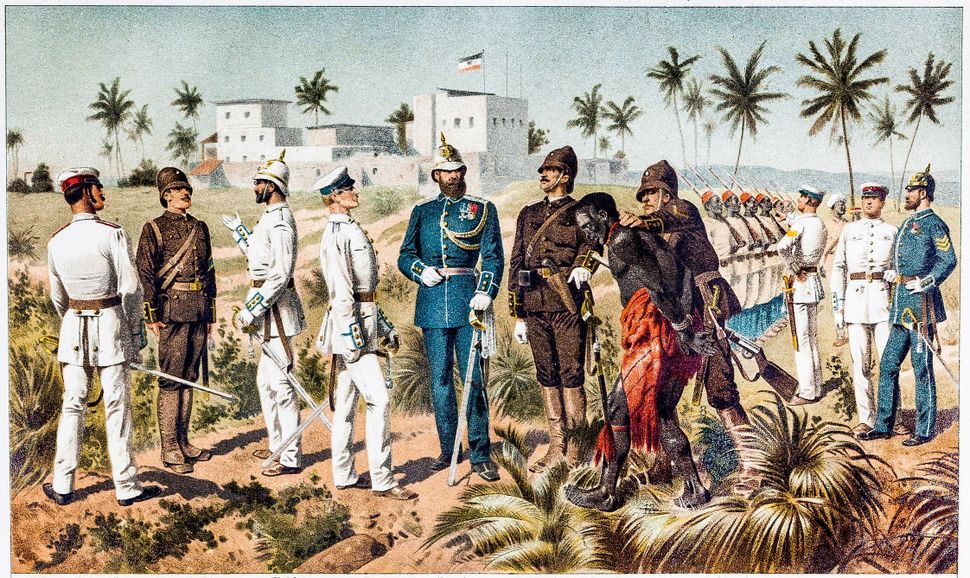 In a recent piece in these pages, Batya Ungar-Sargon argued that there’s a liberal case to be made for nationalism. At turns provocative and frustrating, the crux of her argument lies in this quote:

“It’s the fundamental irony of the left today that in our rush to eschew the racism we find in so many iterations of nationalism, we have developed an abhorrence for the particular, the local, the parochial. And in so doing, we have accidentally abandoned our most marginalized citizens by disposing of the one thing that binds us to them.”

I disagree. I concede that there can, perhaps, be a liberal case for nationalism, but there surely can’t be a leftist one.

For starters, Ungar-Sargon’s piece is undeniably American. She uses a singularly American lens to interrogate the subject, which I believe is too narrow a framework for any discussion, let alone one on the rise of nationalism across the globe (and yes, I mean the globe, not just the West. See India, the Philippines, Japan, China, Brazil, South Africa, Rwanda, Zimbabwe — all pre-2016).

But there are deeper issues at stake that Ungar-Sargon gets wrong. She writes that “only when we on the left learn how to separate nationalism from racism can we transform nationalism into the progressive force we need to pursue racial justice. Rather than its apotheosis, nationalism is the only way we’ll ever be free of racism.”

This is an astounding assertion, which the author comes to largely by accepting some of the work of conservative philosopher and political theorist Yoram Hazony. Hazony, whose definition of a nation (“a nation is a number of tribes with a common language or religion, and a past history of acting as a body for the common defense and other large scale enterprises”) seems to have been derived from political scientist Lynn H Miller who, in her book “Global Order: Values and Power in International Politics” (1985), defined the nation as being “distinguished above all by the scale of the communities encompassed by it” and that it “purports to make the community’s sense of a common history, culture and language the legitimizing force of its sovereignty” (emphasis mine).

But colonialism belies this theory. Colonized peoples were forced to assimilate — to adopt the culture, language, religion and State of their colonial overlords, in some cases losing much of the knowledge of their pre-colonial customs and cultures. Still, they were always maintained as subjects and not citizens, largely identifiable as such by their race (and location).

An English speaking, Anglican, and somewhat educated (according to the segregationist laws of the time) Indian subject, for example, who knew no other culture but that of the colonizing British would nonetheless always be a subject, and never an equal. Neither culture, language, nor the shared history of being subject to the British Crown (even for generations — in the case of African colonization) were enough to define shared nationalism. If one looked “ethnic,” one could not be British. Colonialism exposed Western nationhood for what it is — a tribal enterprise that prioritized race as the primary qualification for belonging. Not much has changed.

In the United States, this notion was further purified by policies like the “one-drop policy” where traceable non-white lineage, if it was known, disqualified one from whiteness, and thus, from the dominant (and dominating) tribe/nation in the country. After centuries of coexistence within the same borders, a shared social contract, a shared language, and despite localized variation, a shared culture, all it takes to be “other” in America is an ancestor with melanin.

A nation, however, is not to be confused with a State, which is one of my larger critiques of Ungar-Sargon and Hazony’s argument. The Treaties of Westphalia of 1648 established the foundations of the current International World Order. According to Miller, the building block for this new way of organizing the world was the State — a defendable geographic territory with a national identity, with equal rights and responsibilities in relation to other States (which recognized each other’s sovereignty).

The national identity — the nation — then, was enshrined in the formation of statehood, establishing, albeit abstractly, that one culture would supercede those of the minority cultures who lived within the same geographical boundaries. The nation (dominant culture) and the State, then, became synonymous, or more accurately, symbiotic: the Nation-State.

In the West, broadly, and in the United States, specifically, British colonial culture, whose ethnically and then racially supremacist nature was a feature (and not a bug) of their rule, became the dominant culture by force, and thus established itself as the dominant national identity. Their language, religion, history and culture became the de facto language, religion, history, and culture of the State and minorities are forced to assimilate and compartmentalize their own cultural identifiers to navigate the dominant white culture (code-switch). And to be clear, it is white culture that is dominant, not just modified British culture. There is no mosaicist culture formed from the amalgamation of the different ethnic tribes that live in the United States. Enshrined in the laws, written and unwritten, that govern this country, is the idea that white culture is superior, and must be protected, whatever the cost to minorities.

Hazony argues that “the protection of minorities is a necessary principle of a nation state,” but this is evidently ahistorical. States are much more likely to enforce subjugation and assimilation than they are protection. One need not look further than the contrasting treatment of the protesting Black Lives Matter teens and young adults, and the (majority white) Parkland High Student protests to know that. (But there are countless historical examples for those looking for more documented precedent.)

Ungar-Sargon asks, “But are we on the left right to view nationalism itself as the apotheosis of racial hatred and white supremacy? Can nationalism be separated from racism?” The answers are “yes,” and “maybe — just not in the United States of America.”

To separate nationalism from racism, one would have to be able to distinguish white supremacy from the American State, an impossible feat for a country founded on racial and ethnic genocide against native populations; where (prison) slavery was enshrined into the constitution in an amendment that purported to abolish the (chattel) enslavement of the ancestors of African Americans; where every single governing body, federal, state and local, has been — and remains — majority white and male since the inception of the country; where every lever of power, social, economic, and political upholds, and in this era strengthens, the white supremacist foundations of America. You can’t.

Leftists can’t be nationalists, because to be nationalist is to prioritize being American over being anything else — but in its own imagination, to the America represented by the power structures that uphold it, being American is being white. (See: the “economic anxiety of the white working class” interpretations of Trump’s 2016 electoral victory when the non-white working class has been faring much worse for much longer and has never been afforded as much political or social power/consideration.)

“Nationalism is the only way we’ll ever be free of racism,” Ungar-Sargon writes. No. Nationalism in America is white and white supremacist. To paraphrase Ta-Nahesi Coates’ thesis, America is defined by racism. There is no American nationalism without it.

Shona Kambarami is a Medical Doctor with a Masters in International Affairs. She writes about politics at the intersections of health, womanhood, race and migration.

All Nationalism Is Racist