Opinion | Andrew Gillum is the Right Choice for the Jewish Community 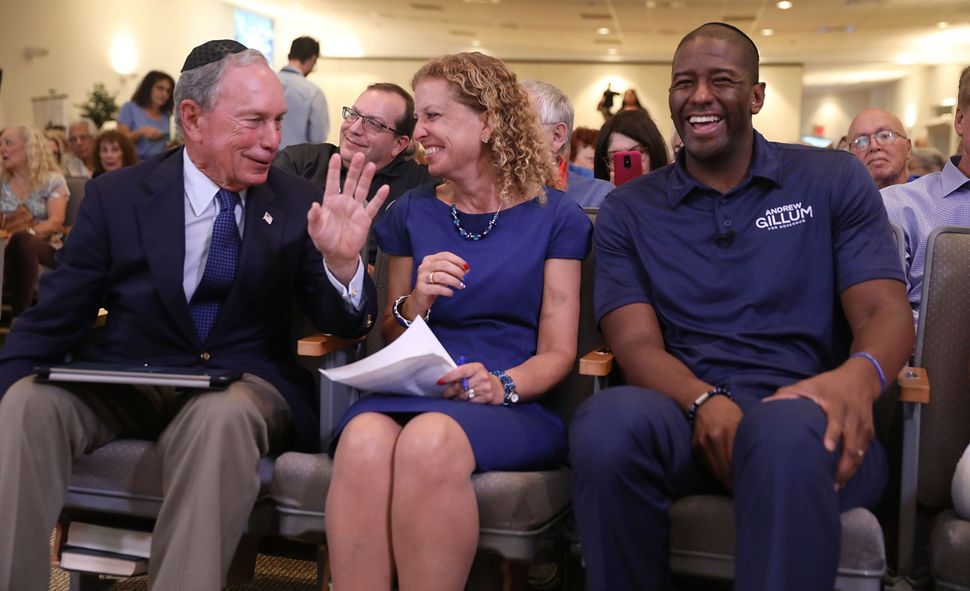 As relentless pro-Israel Members of Congress, we are proud to be unwavering supporters of the Democratic nominee for Governor of Florida, Andrew Gillum. Therefore, we are dismayed and angered by the political weaponization of Israel and the scourge of anti-Semitism by Republican gubernatorial candidate Ron DeSantis and his extreme right-wing allies.

Mr. DeSantis has launched a coordinated, malicious, and false smear campaign against Mayor Gillum for pure political gain. The strength of the U.S.-Israel relationship has been sustained by decades of bipartisan support, and using Israel as a political football harms the security of both countries and provokes anti-Semitism.

The bond between our two nations – based on our shared values of personal freedom, democracy, and the rule of law – benefits Americans and Israelis alike. That’s not just our view, it’s a belief shared by most Americans, including Andrew Gillum.

Mayor Gillum first visited Israel as a young city commissioner in Tallahassee, which has a sister city relationship with Ramat HaSharon. This trip impacted him to such an extent that he returned two more times. In public and in private, we have heard Mayor Gillum forcefully assert a sincere appreciation and a profound understanding of Israel’s complex security challenges, as well as Israel’s dynamic contributions to innovation and democracy.

All of us who have spent time in Israel are struck by how close Israelis live to neighbors who want to destroy them. Mayor Gillum has shared with us his own emotional experience of witnessing firsthand when terrorist groups fired rockets into Israeli population centers. He was profoundly moved by how these attacks were affecting the everyday lives of Israelis, including the trauma inflicted upon young children. As Governor, his commitment to Israel’s right to self-defense will continue to be steadfast.

Mayor Gillum also shares our concern about the threat of a nuclear-capable Iran. He has pledged to continue implementation of the Protecting Florida’s Investments Act, landmark legislation that made Florida the first state to prohibit state pension funds from investing in companies doing business with Iran’s energy sector.

And when it comes to the pernicious Boycott, Divestment and Sanctions movement, Mayor Gillum has always been a strong supporter of Florida’s law that bars companies from engaging in commercial boycotts targeting the Jewish State.

On the other hand, we believe the Jewish community has plenty of reason to be concerned about Ron DeSantis’ record on the issues that matter most to us. After Donald Trump characterized neo-Nazis marching in Charlottesville as “very fine people,” Ron DeSantis defended Trump and instead pointed his wrath at people “ripping the president.” We’ve seen repeated credible media reports about DeSantis associating himself with individuals who display animus towards racial and ethnic minorities. Florida deserves better.

Of course, our support for Andrew Gillum over Ron DeSantis is deeper and wider than their positions on Israel and relationships with the Jewish community. At a recent event at the Century Pines Jewish Center, Mayor Gillum said, “I don’t have to be born to a Jewish mother and father to know the value of tikkun olam, the value of what it means to be repairers of the world.” We couldn’t agree more.

Mayor Gillum is running for Governor so that our state can finally confront the challenges we’ve shrunk from over the past 20 years: revitalizing public education, taking action to prevent gun violence, expanding healthcare access, and addressing our climate change crisis with a clean energy economy.

We share Andrew Gillum’s commitment to equality and justice. He will be a Governor who all Floridians, Jewish and non-Jewish alike, can be proud of.

Opinion | Andrew Gillum is the Right Choice for the Jewish Community