Rabbi Charlie is a hero, and that’s all we need to know 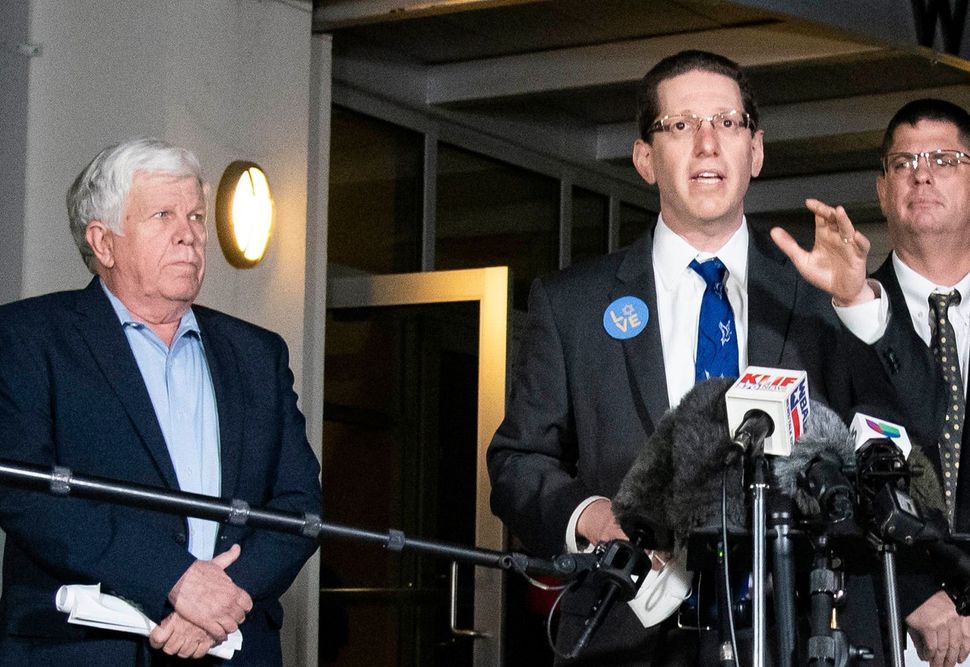 Dear Jodi and the Forward Family:

I am writing to express my disappointment in your story about Rabbi Charlie Cytron-Walker’s contract.

In my opinion, it is a feeble attempt at a salacious and irrelevant angle to what was a moment of fright and ultimately, Jewish unity.

Clergy people change jobs. Some often. They do so for a host of reasons, ranging from irreconcilable differences to desires to be in other geographic locations to the pursuit of other avenues within the role of clergy.

The fact that Rabbi Charlie Cytron-Walker’s employment was not renewed is as useless a piece of data as saying that Rudy Giuliani’s doctor is a Democrat or the Capitol Police officer who shot Ashley Babbitt was once an officer in Minneapolis (both of those facts are fabricated — just to illustrate the lack of connectivity). It has no effect in the story then or now.

While Rabbi Charlie Cytron-Walker might not be employed by Beth Israel on July 1st, 2022, he showed up for work early this past Shabbat. When a stranger showed up, he displayed hospitality and was welcoming, even though he was not going to steward this congregation past the next five months. When his life and the life of other congregants were held at gunpoint he did not act for one moment like his destiny was no longer tied to the welfare of the congregation or its membership. He advocated for the release of the hostages and were it not for his heroism, bravery and calm under pressure, those people who would not be “his” congregants in the coming year, might not be alive.

Rabbi Charlie Cytron-Walker did not behave like a lame-duck rabbi. He behaved in every way like it was his first day on the job, not his waning moments in the house he helped build.

That is the story. A rabbi — any employee for that matter — that gives as much on their last days as they did on their first. A rabbi that still embodies the values of welcoming the stranger and offering hot tea to the cold, even though his contract was not extended.

To me, the story the Forward shared is empty click-bait, aimed at dividing people after a moment of heroism. It goes against the grain of Jewish values and is in contradiction to your mission of “acting with empathy and upholding the Forward’s core values.”

I encourage you to demonstrate the “courage” the Forward expresses in its mission statement by apologizing to the rabbi and his congregants and removing the story from your website.

Rabbi Charlie is a hero, and that’s all we need to know