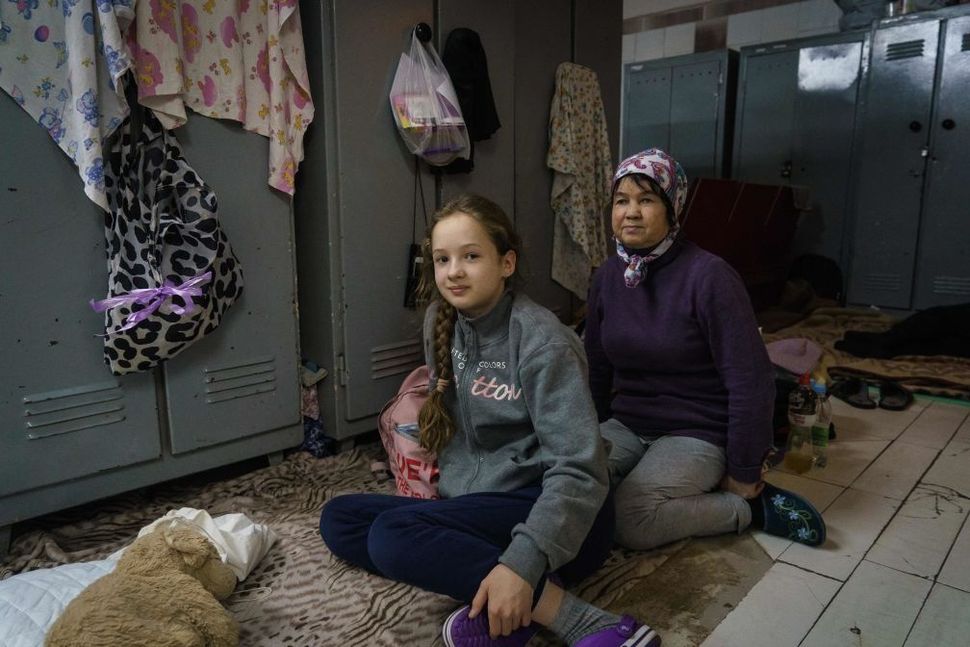 A woman and a young girl rest as they shelter from attacks in a metro station of Kharkiv on March 10, 2022. By Emre Caylak/AFP via Getty Images

I spent the first eight years of my life in Odessa, but lived most of my life in neighborhoods in South Brooklyn, with large populations of Jewish immigrants from the former Soviet Union.

Ukraine suffered greatly during World War II, and the identity of the region has been heavily shaped by the events of that tragic period. At most family gatherings, my grandparents, who lived through the war, would inevitably discuss the tragedies of those years.

The only public Holocaust memorial (as far as I know) in Brooklyn is located in the neighborhood where I lived, and where many Holocaust survivors live today. The memorial features the dates and locations where massacres took place, as well as the names of righteous gentiles who helped save Jews from the Nazis. These individuals risked their lives and the lives of their families to save Jews from disappearing into the Holocaust, and the Jewish world owns an unrepayable debt to them.

While that personal debt can never be repaid, Jewish communities and institutions must act now to try and do so: The violence in Ukraine is a full-scale war, and rebuilding the lives of those who survive will be costly.

Jewish institutions have done an admirable job to help Ukraine and Ukrainian refugees so far, but the goals of the fundraising campaigns I have seen from Jewish organizations are substantially smaller than what is needed. Five, 20, even 30-million-dollar campaigns might sound like large numbers but pale in the face of the amount needed to rebuild entire cities, and the lives, of millions of refugees.

The Jewish communal world needs to realize that this is going to be a multiyear, multibillion-dollar endeavor that will take significant financial and human resources. It is time to start planning to achieve these numbers. There is no time to waste, and action needs to be taken today.

The Jewish communal world must commit to this effort!