If you are a person who looks to your God for wisdom and inspiration when making the most important decisions in your life, you are surely feeling a great unease in this moment, as we are.

As Christian, Jewish and Muslim leaders, we are privileged to guide religious life in a country whose political leaders so consistently invoke their God and their faith in the shepherding of our nation. From Washington, D.C., to City Hall, our government officials proudly ground the laws and policies they create in their religious values, prayerfully asking that God might bless the United States of America through their stewardship.

In such a land, the Republican plan for repealing and replacing the Affordable Care Act, at last laid bare for all to see, can be viewed as only unconscionable, even sinful. But that isn’t stopping the GOP’s senators and representatives, who are literally rushing to savage the most fundamental teachings that our religions share.

Using a deliberately secretive and fast-moving process designed to stifle debate, suppress analysis and circumvent the mass resistance of Americans from coast to coast, Senate Republicans are preparing to do something unprecedented in our nation’s history. They seek to take away protections and rights already afforded to America’s citizens.

For nearly 250 years, our government has steadily deepened the lived experience of America’s founding principle — that all humans are created equal and endowed with certain unalienable rights. Women, the poor, the young, the aged, those with disabilities and people of different races, religions and ethnicities have all gained from the always forward-looking momentum of America. The Republicans on Capitol Hill now propose to reverse that momentum by declaring health care to be a privilege, not a right — and to do so in the name of making the rich still richer.

The Affordable Care Act delineated 10 “essential health benefits” that any humane system of care for the sick must include — things like prescription drugs, substance abuse treatment and mental health care. The bill under consideration by the Senate would permit states to seek a waiver for providing these benefits, leaving countless people with insurance that doesn’t actually insure them.

“Gauge a country’s prosperity by its treatment of its elderly.” - Rabbi Nachman of Breslov
Share

The Affordable Care Act established that Americans between ages 50 and 64 could be charged only three times what younger Americans were being charged for health care. The bill under consideration by the Senate proposes to charge older Americans five times the amount that younger Americans will pay. This is foremost among the reasons that AARP vigorously opposes the Senate bill. Shamefully, GOP senators seem not to care.

“Righteousness is not that you turn your faces toward the east or the west, but (true) righteousness is [in] one who… gives wealth, in spite of love for it, to relatives, orphans, the needy…” - Quran 2:177
Share

Why will the poor and the middle class be asked to suffer? So that couples making more than $250,000 per year can receive a tax break, and so that insurance companies can receive $50 billion in government funds over the next four years.

Leaving the sick to die without their medicines or treatments?

Pricing the old out of health care at the precise time in their lives when they need it most?

Handing billions of tax dollars to only the richest Americans?

You can search the Torah, the New Testament and the Quran endlessly, and you won’t find support for any of these things. You will only find repeated affirmations that the Republican-controlled Senate is seeking to violate God’s will.

If the Senate health care bill, or any amended version similar to it, is to become law, those who will have voted for it will have dishonored their own words of prayer asking God to bless our nation – for they will have cursed our nation deeply.

GOP Health Care: An Attack On Elderly, Sick And Poor 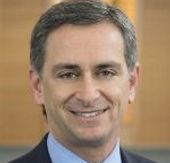