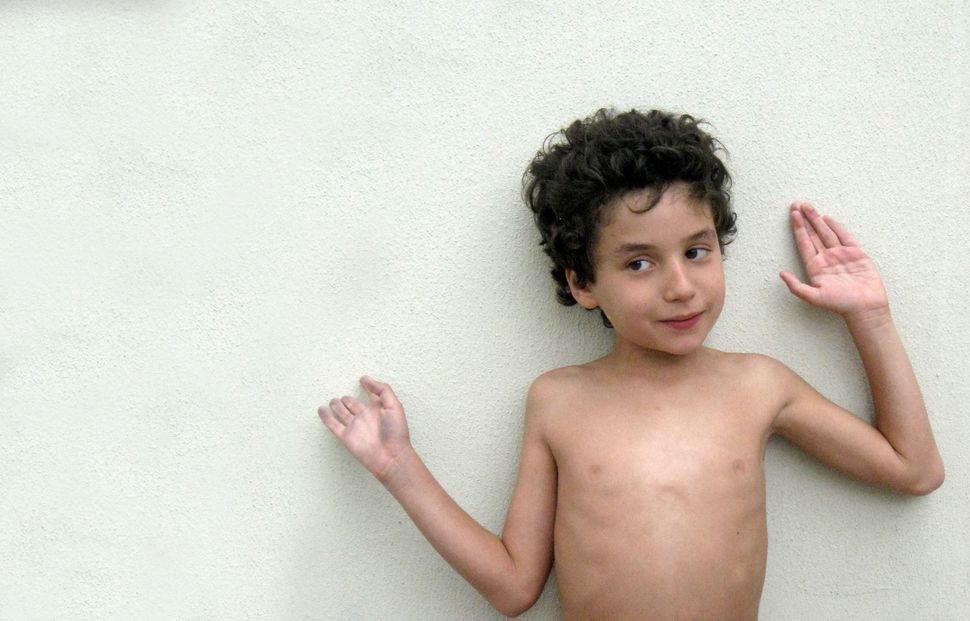 Image by All photos courtesy of the Cohler-Esses family

When it comes to influencing government officials with the humanity of my profoundly autistic son, I’ve gotten advice from some of the best special education lawyers in New York.

First and foremost, they’ve told us, make sure you bring a photograph of him to all meetings with officials from New York City’s Committee on Special Education. Then, before they start reviewing their checklist of rules for granting him tens of thousands dollars in government education assistance, put that photo on the table, right in front of them. Make sure that, in addition to talking about their criteria, they know that they are talking about this specific human child — one whose disabilities put him in a position of deep need, far beyond the ability of even his educated, relatively privileged middle-class parents to address alone.

Today, I am going to try this same approach in appealing to Republican U.S. senators — and anyone in a position to influence them with their votes or campaign contributions. By placing increasingly severe caps on Medicaid assistance to states on a per capita basis, their health care repeal bill will gut the assistance program on which my son’s life depends. Please, therefore, meet my son. That’s his photo, just below. 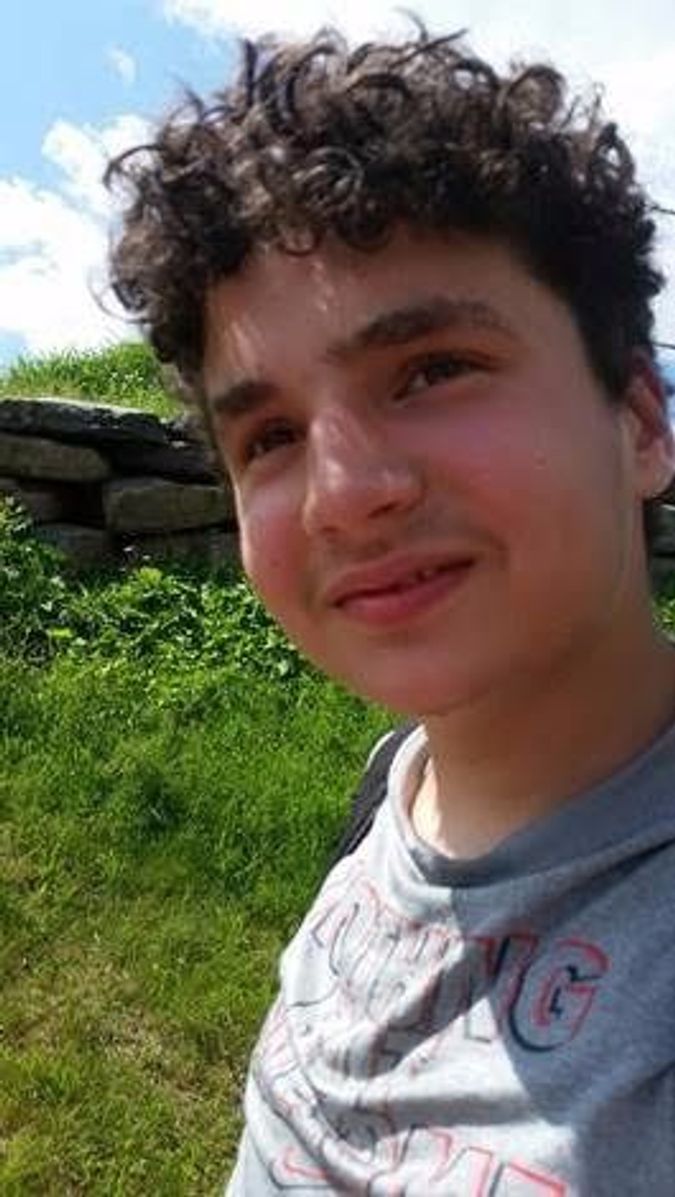 Elichai Cohler-Esses is a 15-year-old boy — a twin — who, at the age of six-and-a-half, lost his ability to speak, as well as many of his functional and cognitive abilities, within the space of just one week.

The many excellent doctors we’ve seen have never been able to figure out what happened to Eli that week. But the impact on his life was profound. Once, about six months before his regression, a strange lady on the bus asked Eli what he wanted to do when he grew up. He replied, “I want to fly to the sun, like Icarus!” Today, Eli remains unable to toilet himself. He can speak only a few words and phrases. And his ability to recognize letters and numbers remains extremely limited.

Yet, despite his lack of speech, Eli sings, constantly. That comes from an entirely different center of the brain than spoken speech, it turns out. And Eli, who loved the Beatles from a very early age, has practically their entire oeuvre in his head, along with a song or two by Paul Robeson, much of the Sabbath Kiddush, “Shalom Aleichem” and the blessings for lighting the Sabbath candles.

Eli also loves to swim. It’s a skill he learned from Keith, the awesome pool instructor at the Center for Discovery, the wonderful residential school he attends in upstate New York. Besides regular classes, Eli has taken equine therapy at the center, where his riding, care for and interactions with horses have helped develop his ability to relate to others. The center’s medical and psych staff also oversees Eli’s considerable physical health needs and the medication that helps him manage occasional aggressive outbursts of frustration that come from being unable to communicate his feelings to others. 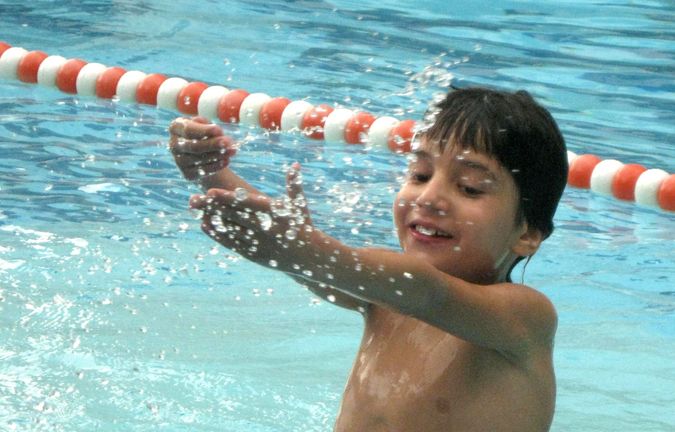 Our decision to seek admission for Eli at the age of 10 to a school 100 miles and a two-hour drive from his family was not an easy one. Among other things, we were also caring for his two siblings, one of whom has serious disabilities of her own — though she is higher functioning. Eli has to be attended to constantly, with someone right next to him, lest he hurt himself or others, eat dirt, destroy property or just run off. What finally influenced us was our simple inability to give Eli the constancy and intensity of therapeutic care he needs to develop the potential he still has while also being able to care for our two other children.

At the Center for Discovery, Eli gets this kind of care, as do some 300 other autistic and medically fragile children. And his care is funded, for the most part, through a combination of funds from Medicaid and the New York City Department of Education. It is Medicaid that covers Eli’s health needs — as it does the health needs of 40% of the children in this country.

Dear senators: Please know that the experience of finding myself, a middle-class American, among those with a child whose health needs are being covered so well by an insurance program designed for the poor has had an unexpected impact on me over these past five years: It has awakened within me an unfamiliar love of country. It is a love based on deep gratitude for the blessings it has brought my son, and an awareness of my commonality with all Americans as part of our shared society.

As a child of the ’60s, you see, I have long harbored a different, though no less valid, form of patriotism. I have been keenly aware, thanks to the Vietnam War that raged as I came of age, of America’s incredible destructive capacities in the way it projects power abroad. I have also seen the civil rights movement struggle to transform the racist country into which I was born in an effort that remains — to say the least — starkly incomplete but nevertheless substantive, indeed, incredible in its achievements.

This has bred within me a deep appreciation of America as a country where we are free to dissent, to protest, to march and to organize to change our government and its policies for the better. As a journalist, I have been no less aware of and grateful for the opportunity our freedoms give me to investigate, to expose and to write the truth as best as I can.

But the experience of seeing my son, with his extensive needs, cared for with government support in ways that I could not care for him gave me something new to learn about America’s complexity. It bred within me a deep-seated feeling of patriotic affirmation that was wholly different from the feelings of patriotic dissent that had long animated my love of country. I have a bottomless sense of gratitude for what this country is doing for my son and the millions like him — and what it declares about our integral fabric as a society, not just a polity.

Your health bill, dear senators, will hurt all these children. It will, in some cases, condemn them to death by depriving them of the kind of long-term care and medications that they need. And it will do so to give tax relief that is, by design, concentrated heavily on upper-income Americans.

That will hurt not just these children. It will damage our entire society by rending the fabric of mutual aid that holds it, barely, together as polarization increases on so many fronts. 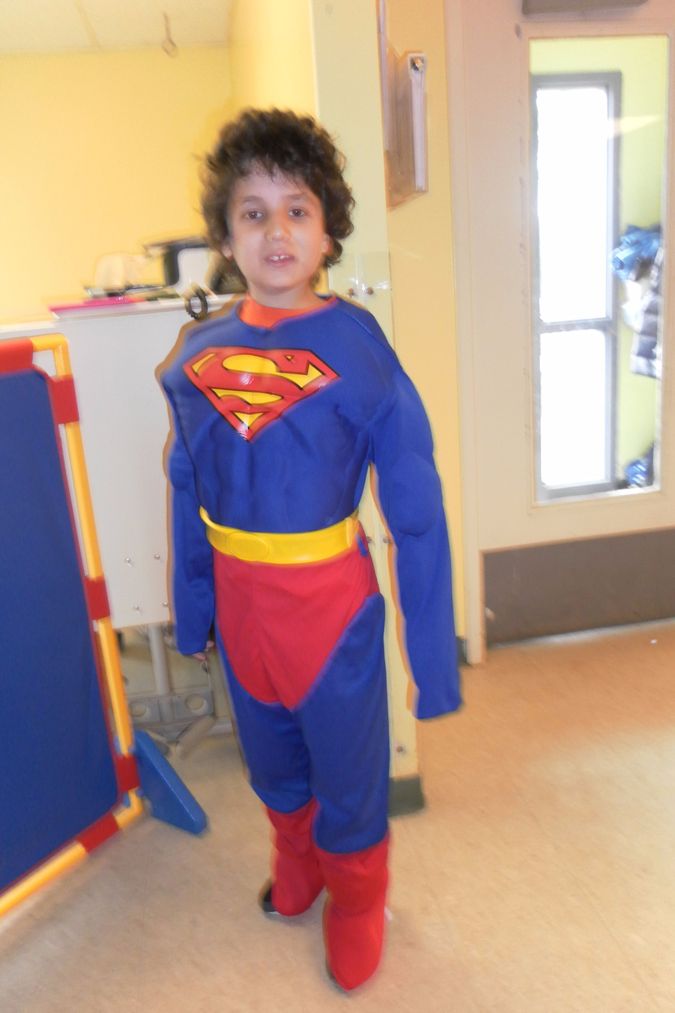 Elichai at a Halloween party before his regression.

Back when he could still speak, my son used to go to synagogue with us, where he’d hear a lot of talk about God. In the way of a child, he had a sense that this powerful personage must dwell somewhere in our synagogue building. During Kiddush, therefore, he’d wander around and walk up to various tall, white-haired men and ask them, “Are you God?”

Looking around at our motley minyan, one of these men finally told my son ruefully, “Eli, I think you may be the only person in this building actually looking for Him.”

Dear senators: As tragic as our loss has been we are comforted to still hear on occasion, the boy Eli used to be emerging in song, especially in his gleeful Sabbath singing. Please look at my son’s photo and be aware that even now, in his current state, he continues to seek God. But he and the millions of children like him depend on you to continue their search.