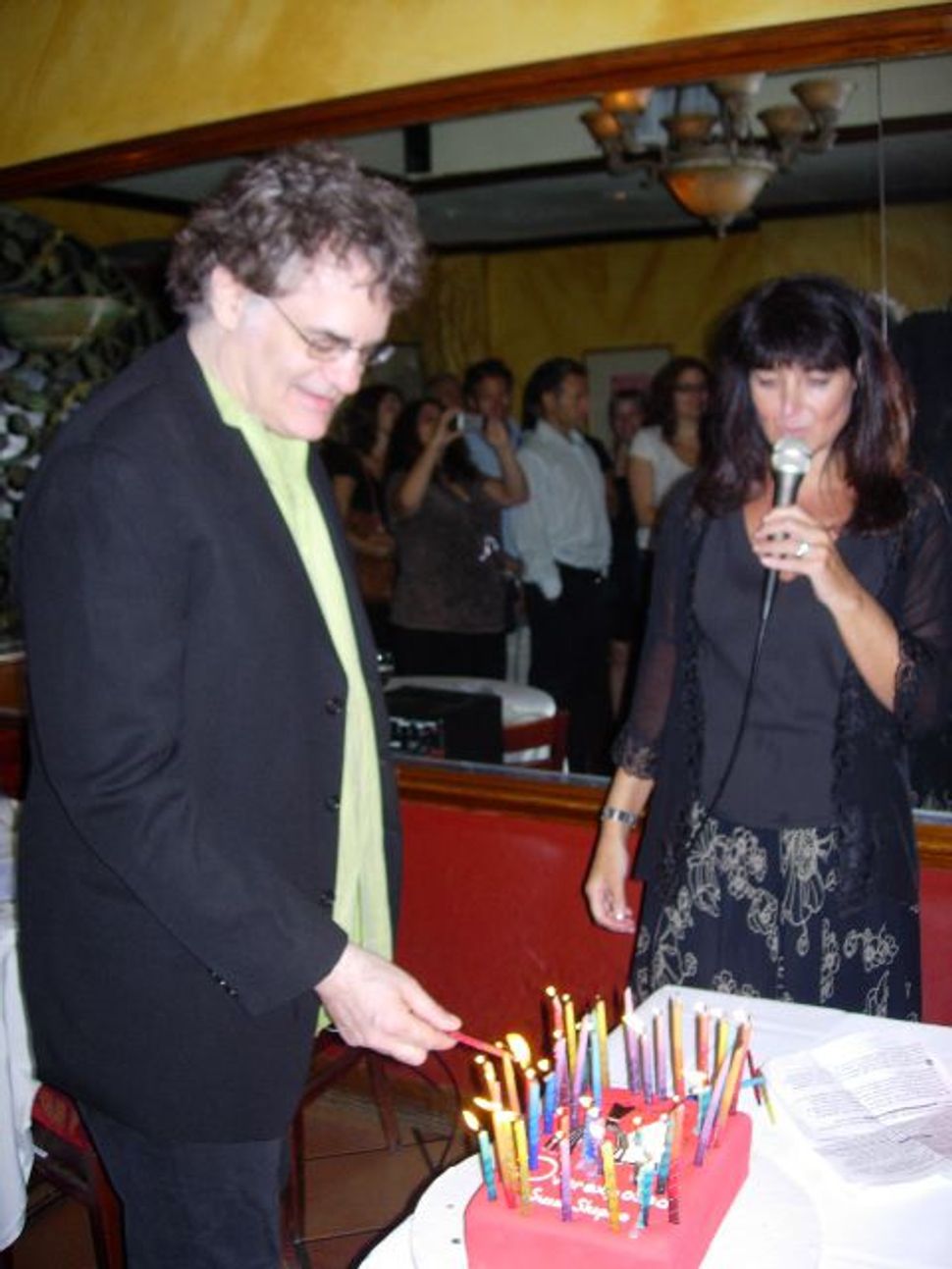 Last night, Susan Shapiro’s latest novel, “Overexposed” (St. Martins, August 2010), was “Book Mitzvahed” in an elaborate and touching candle lighting ceremony at Greenwich Village’s Arte Restaurant. A hilarious book about the intertwined lives of two women who are battling big-city ambitions, “Overexposed” took 13 years to be published. In the interim, Shapiro published successful memoirs, but never forgot her first attempt at fiction, which she recently revamped, saying “It took me until I was in my 40s to write a happy, successful 26-year-old protagonist that my 26 year-old editor liked.”

To celebrate, “Overexposed” was officially pronounced “a book” by Rabbi Dan in front of friends, family and a packed restaurant full of downtown devotees. Shapiro then called up her mother, who flew in from Michigan to surprise her, as well editors, agents, therapists and fellow scribes who have helped and encouraged her over the years. Each person lit a candle on a cake in the image of her book cover, cheering the life of the novel, as well as the community that raised it.