Why There Are No Israeli Superheroes 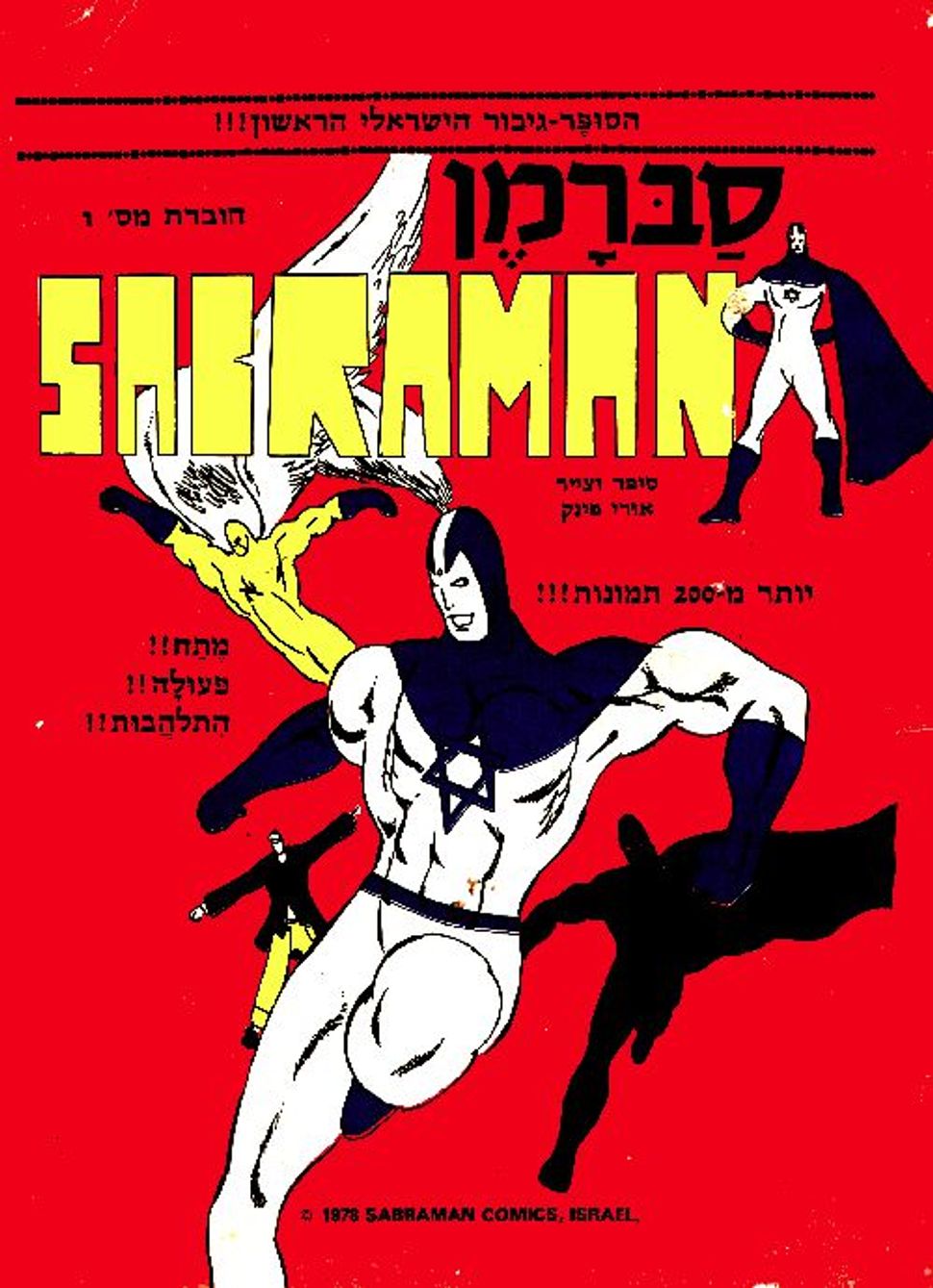 Uri Fink, who 30 years ago created Israel’s first superhero, in the form of Sabraman, has a theory about why comic book superheroes have caught on only in America. “It’s naive just thinking people will go out and fight the bad guys out of the goodness of their hearts,” he told the Forward. “It’s Americans’ un-cynical culture. Someone can run around in tights and not be embarrassed.”

Fink will be one of the presenters at Animix, Israel’s 10th annual festival of animation and cartooning, which will kick off on August 17. “It’s the closest thing we have to a comics convention,” Fink explained, adding that Israeli comic book culture is still “in diapers.”

American Jews created some of the greatest American superheroes, like Spider-Man and Superman, so the absence of Israeli superheroes seems puzzling at first. But Israeli culture and American Jewish culture are not the same.

“Israel is very cynical, and we got a little overpatriotic, especially after 1967,” Fink said. “We had these superheroes that were our generals and soldiers.”

Fink also puts the blame on what he calls Israelis’ “schlumpy” style, which is somewhat incongruous with the image of a flashy superhero. “We are not that flamboyant — it’s frowned upon,” he said. “We don’t have dress coats, we don’t wear ties. We look very casual all the time. It just doesn’t fit with the superhero thing.”

When Fink created Sabraman, he was 15 years old and had no idea that the international press would find it such a charming story. “I was interviewed by The Associated Press, and I was in all these magazines,” he remembered. “In People magazine, a page after Rod Stewart, it was me.”

The problem with Sabraman, who lasted only two years, may have been that he was aping American superheroes. There was nothing uniquely Israeli about that first attempt, so Fink hasn’t given up.

“I’m trying to fit the formula of the superhero into Israeli reality,” he said. “My search for an Israeli superhero continues.”

Why There Are No Israeli Superheroes