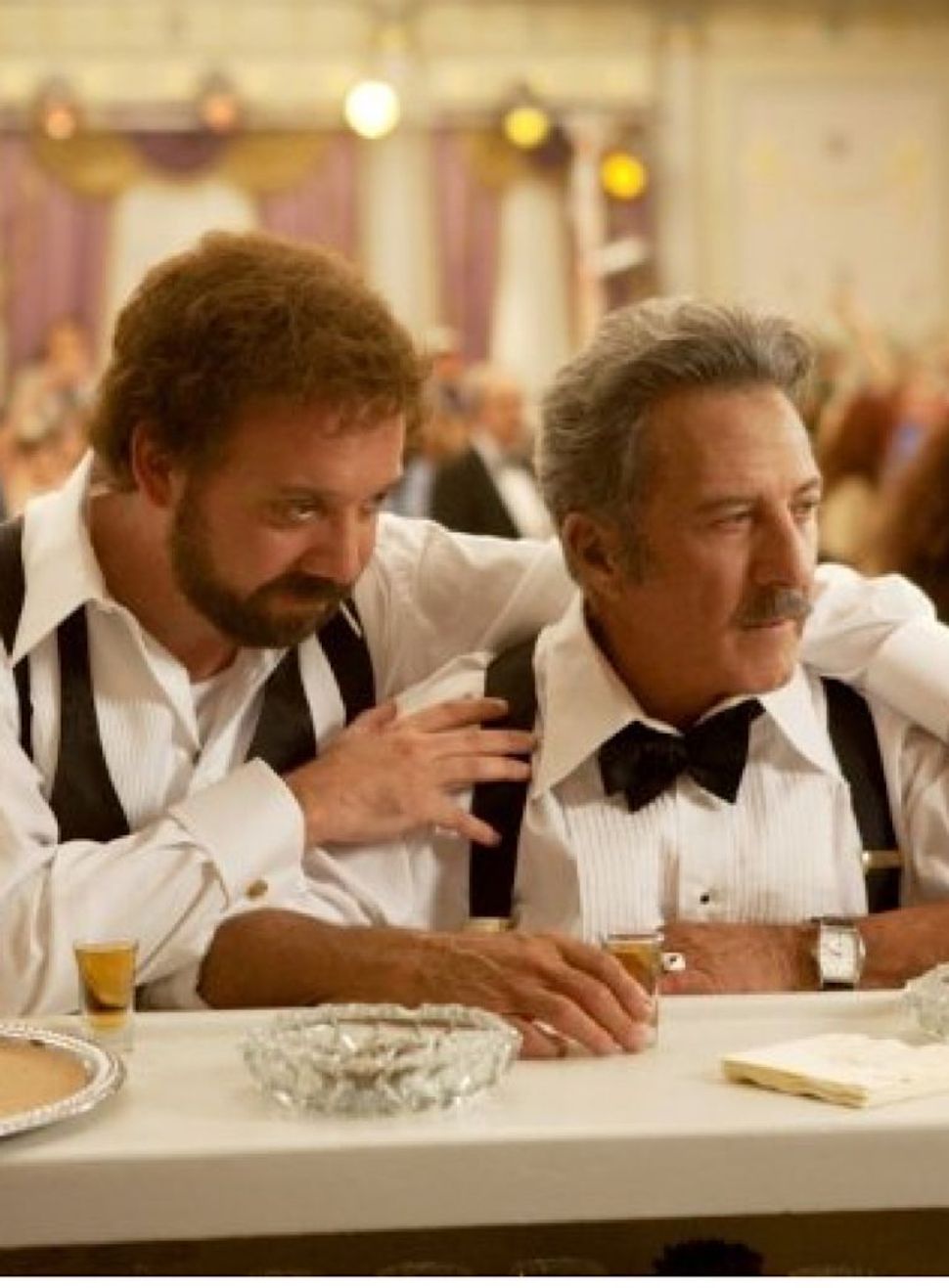 This faithfulness has everything to do with casting. Director Richard J. Lewis and producer Robert Lantos’s big screen “Barney’s Version” — which premiered at the Venice Film Festival last week and opened on Sunday at the Toronto International Film Festival — puts Paul Giamatti in the role of Barney Panofsky, a charismatic curmudgeon who wastes through women at nearly the same rate as he does cigarillos.

Like Richler’s 1997 novel (the Montreal writer’s last before his death in 2001), the film portrays large chunks of Panofsky’s life, from his days slumming it in Rome with his starving artiste buddies (including Scott Speedman as long-time friend Boogie), to his career as a producer for the lucrative Montreal television studio “Unnecessary Productions,” to his three marriages. Tolstoy had that line about all unhappy families being unhappy in their own ways. Tightening the scope of this observation to focus on connubial un-bliss, we soon find that Barney’s marriages prove equally, if uniquely, troubled.

Barney’s first wife is the flighty and free-loving Clara (Rachelle Lefevre), who takes her own life after it comes to light that the child she was carrying was not Barney’s. His second, plucked from the other end of the social spectrum, is the product of upper-crust, Jewish intellectual stock. As played by Minnie Driver, Barney’s nameless second bride overcompensates for her philistinism by mentioning her McGill-issued master’s degree a little too casually in conversation. But Barney’s third wife Miriam (Rosamund Pike) is just right — a stunningly beautiful New York intellectual whose ambition and closeness with her boss (Bruce Greenwood) Barney comes to resent with characteristic insouciance.

All of these principals offer satisfying performances. Though Giamatti’s ear is sometimes inadequately attuned to the comic spark of Richler’s prose, he possesses the intrinsic facility to embody Barney’s world weariness and cynicism. As the wife who must weather Barney’s narcissism the longest, Pike is also superb, hitting the marks of grace, resilience and exhaustion that her character reaches in due course.

But it’s Dustin Hoffman, as Barney’s ex-cop father, who offers the most triumphant performance in the film. As Izzy Panofsky, Hoffman balances the film’s sometimes stifling, blue-blooded upholstery. His ambivalence towards his wealthy in-laws and his sensitivity to socially endemic anti-Semitism make him the movie’s most robust echo of Richler himself. His passing in the film strikes a note of comic tenderness that defines the better moments of “Barney’s Version.” (We’ll save you the spoiler, but suffice it to say that he goes out in style.)

Without such strong performances, however, “Barney’s Version” would be a mess. Lewis, who has cashed most of his cheques as a television director, displays no sense of cinematic scope. He squanders the architectural bounties of the film’s far-flung settings (Rome, New York, Montreal) in favor of medium and long takes, crowded with actors. His direction isn’t necessarily poor, just uninspired: more focused on nudging along the plot than on fashioning memorable images.

But in the end, this is a minor quibble. The “Barney’s Version” film will always dwell in the shadow of Richler’s novel. As if acknowledging this inevitability, the filmmakers have crafted something that looks more like a moving, talking book. And in this regard, “Barney’s Version” is a fine effort.

Watch the trailer for “Barney’s Version”: