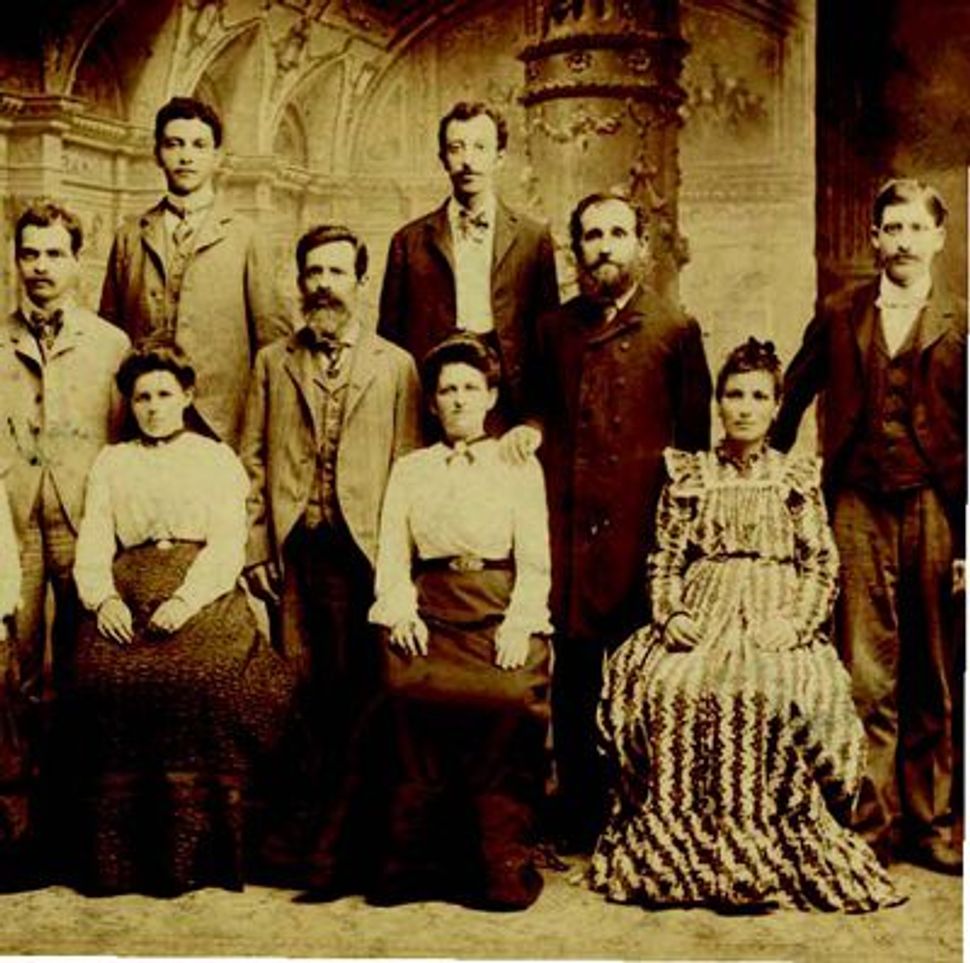 Chicago’s first minyan gathered for Yom Kippur in 1845; before then, the 12-year-old city hadn’t been able to muster a prayer quorum of even 10 men. Yet it was only two years later that Chicago welcomed its first rabbi, the Reverend Ignatz Kunreuther, and its first synagogue.

This history lesson is displayed in the first chapter of “Uncovered and Rediscovered: Stories of Jewish Chicago,” an informative and well-curated new exhibit at the Windy City’s Spertus Institute of Jewish Studies. “Uncovered and Rediscovered” catalogs the foundation and flourishing of Chicago’s Jewish population from the 1830s to the present, using the Institute’s collection to illustrate the story of Chicago Jewry, which at one time was the world’s third-largest Jewish population.

At the time of his arrival in Chicago, Kunreuther was one of only three rabbis then in America. He had been convinced to travel west from New York because of the plight of one ailing woman, Dila Kohn. After immigrating to Chicago in the spring of 1847, Kohn began growing frail due the lack of kosher meat in the city. With no one around to perform kosher slaughter, her sons ventured back across the country (having already emigrated from Bavaria and then New York) to bring a rabbi. With Kunreuther’s help, they founded the congregation Kehillat Anshe Maariv (KAM), which still exists to this day in a building across the street from Barack Obama’s house.

Dila Kohn’s son Abraham makes a second appearance in the exhibit as a prosperous store owner and later City Clerk. In 1860, the Republican Party asked him to help another Abraham win the Presidential election. Lincoln met Kohn at his shop, where they talked politics and the Bible. The Christian politician left an indelible impression on the Jewish businessman, and during the Civil War, Kohn painted Lincoln an American flag inscribed with verses from the book of Joshua.

Lincoln’s letter of thanks has been lost, like many of the original documents predating the Great Chicago Fire, but in an 1885 speech, President McKinley referred to the gift: “Could anything have given Lincoln more cheer or been better calculated to sustain him his courage or strengthen his faith in the mighty task before him?”

In addition to telling the story of Chicago Jewry, “Uncovered and Rediscovered” uses documents, pictures and videos to color in a rich, detailed, and personal history. To illustrate the harsh conditions of the American frontier, for example, the exhibit shows Jacob Wile’s ornate Old Country wimpel (the embroidered cloth a baby is wrapped in at his bris), side-by-side with his son’s simple New World wimpel.

While the current installment of “Uncovered and Rediscoverd” covers only the first part of Chicago’s Jewish history, it will be followed by another seven parts running through 2012. The next section of the exhibit, opening December 12, will detail the wave of Yiddish speaking Jews who immigrated to Chicago near the end of the 19th century.