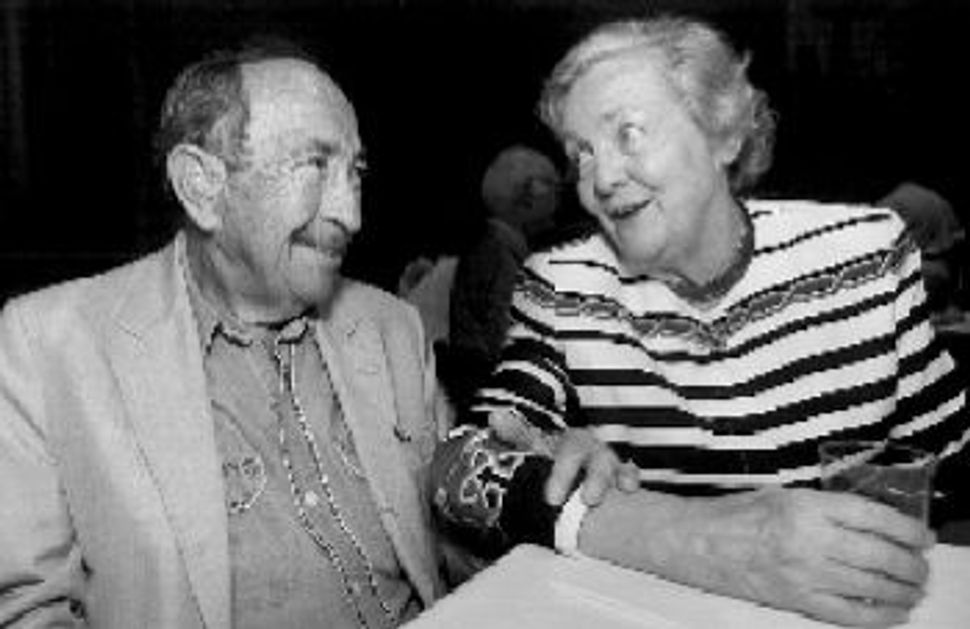 Human rights lawyers who spend their lives defending unpopular clients like Vietnam War draft resisters and free speech advocates can expect mostly indirect posthumous tributes. Such is the lesson of a friendly new volume, “Irrepressible: The Life and Times of Jessica Mitford” by Leslie Brody, an English professor at the University of Redlands, out in October from Counterpoint Press.

“Irrepressible” is in part a dual biography of Mitford and her second husband, the radical lawyer Robert Treuhaft, for decades the bane of right-wingers and bigots across the land and abroad. Mitford and Treuhaft, who were married from 1943 until her death in 1996, formed a true partnership, and her famous exposé of the funeral industry, 1963’s “The American Way of Death,” still available in an updated edition from Vintage Books, was co-written by Treuhaft.

Mitford explained to one interviewer:

Actually, it was Bob’s idea. He was a trade union lawyer who represented the longshoremen. He began to notice that whenever the breadwinner of the family died, the amount of the death benefits hard fought for through union struggle and intended for the widow and kids would mysteriously be the price of the funeral.

The couple shared a lively relish for absurdities, and only when Mitford’s publisher insisted that coauthored books did not sell did Treuhaft step aside into anonymity, Brody explains. Born into an anti-Semitic British family, Jessica assimilated happily into Treuhaft’s Americanized Hungarian Jewish milieu. Fortunately, Jessica had at least one sister who was “not a fascist or an idiot,” as she wrote to friends in 1955, referring to the witty Nancy Mitford.

Still, writing of Jessica’s 1960 memoir “Hons and Rebels,” Nancy suspected that Treuhaft had “rewritten it or helped a good deal as it is his voice,” adding to friends that Treuhaft was a “sharp little lawyer and who certainly made her write it in the first place. The words cash in are never off his lips. (I quite like him but oh Americans).”

Bronx-born Treuhaft, who died in 2001 at age 89, employed his sharpness mostly defending the constitutional rights of the downtrodden, gaining a reputation which attracted bright young lawyers as interns. Among these was one Yale Law School student in 1971, Hillary Rodham (later Clinton). Editor Robert Gottlieb once praised Jessica Mitford: “She has all her wits about her and most people have no wits at all,” and the same can be said of her devoted husband Treuhaft.

Watch Robert Treuhaft at a 1998 C-SPAN TV tribute to Mitford.