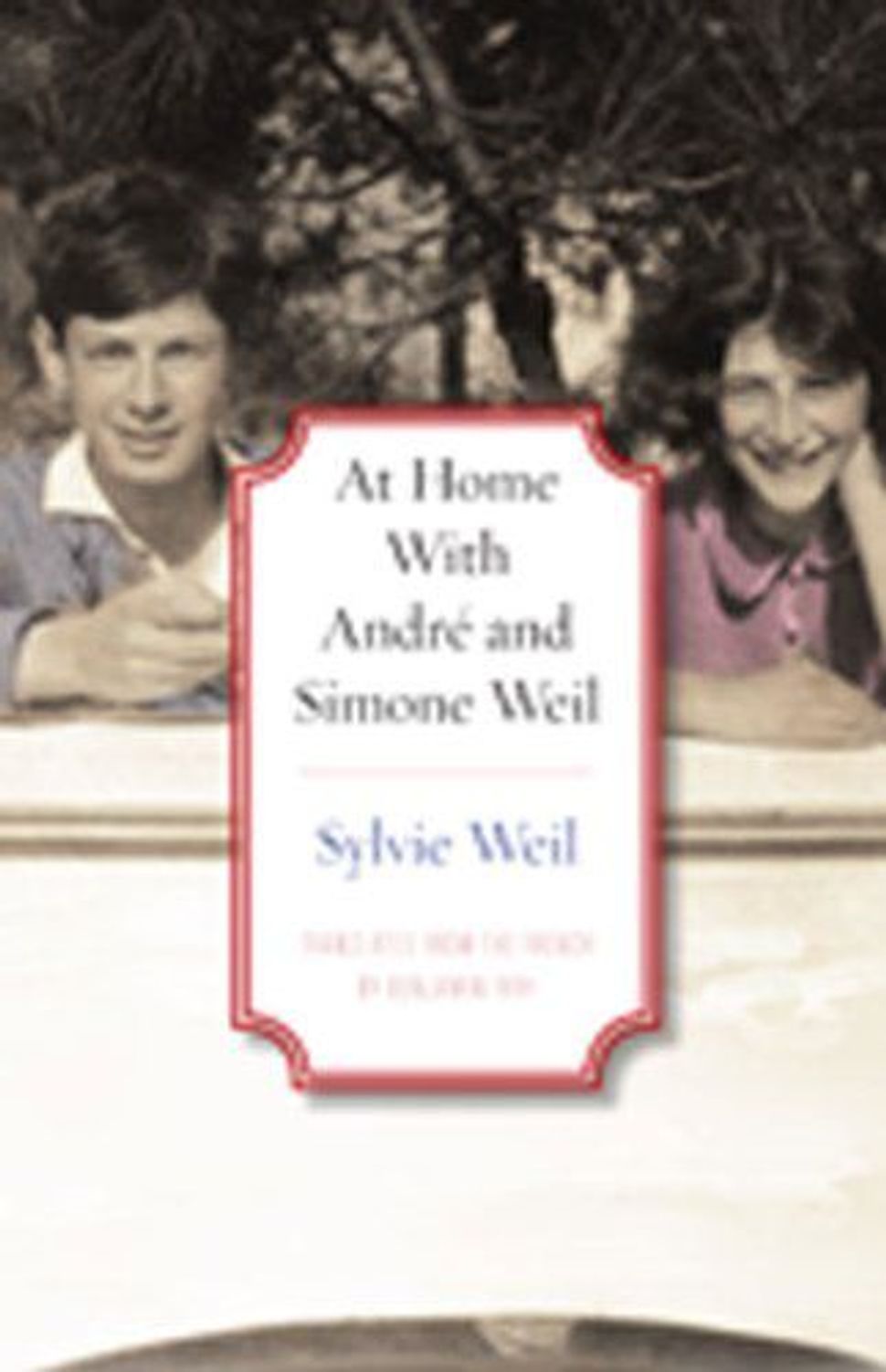 Sylvie Weil’s “At Home With André and Simone Weil” (Northwestern University Press), translated from the French by Forward contributor Benjamin Ivry, traverses Weil’s fraught relationship with her luminous heritage: Her father, André, was a celebrated mathematician whose genius won him the Wolf Prize and, more important to the young Sylvie, exempted him from having to remember useless trivia like the location of the sugar bowl; Her aunt, Simone, was the philosopher and mystic who starved herself to death at the age of 34 and has been worshipped by many as a saint and martyr ever since.

Weil’s book has contradictory impulses. On the one hand, she tells the story of her life and her often-humiliating role as a talisman to Simone. Most people she encounters “are looking for contact with the saint. They don’t give a damn about the tibia itself.” She writes provocatively about how diminishing it is to feel that one’s worth is merely incidental, not innate; at times she finds herself a “limp, amorphous, and invisible creature.”

On the other hand, it is a poorly kept secret that almost all readers of “At Home With André and Simone Weil” are exactly the kind of people Weil has come to resent. We guiltily tolerate Weil’s personal digressions and celebrate any new information about Simone and André or, best of all, excerpts from their personal writings. It makes for an awkward tension, somewhat like having a friend tell you about their greatest pet peeve only to realize that it is your most recognizable character trait.

The tibia’s relationship to her saint is understandably fraught. At times she feels unworthy of her: “I sense that I am a usurper, since those who fall into raptures over my resemblance to my aunt are unaware that my head is empty”; at times she revels in distinguishing herself from her: “How much I relished life… The niece of Simone Weil loved to make love”; and at times she almost loathes her: “There are days, even many of them, when I truly do not love you… You bequeathed a ruined family to me. You left me the tears of your parents.”

This last incarnation is particularly illuminating. In admiring Simone Weil, it is too easy to forget that her family — resilient, enamored, devoted — shouldered much of the suffering she sought to inflict only on herself. In her insistence on identifying with the oppressed, Simone Weil exposed the limits of this identification: as definitively as the truly dejected can never be saved, they can also never be abandoned. “At Home With André and Simone Weil” tells the story of this sacrifice: the distinctly human regret and mourning that was endured by those who loved Simone Weil, so that the rest of us could feel in touch with the divine.