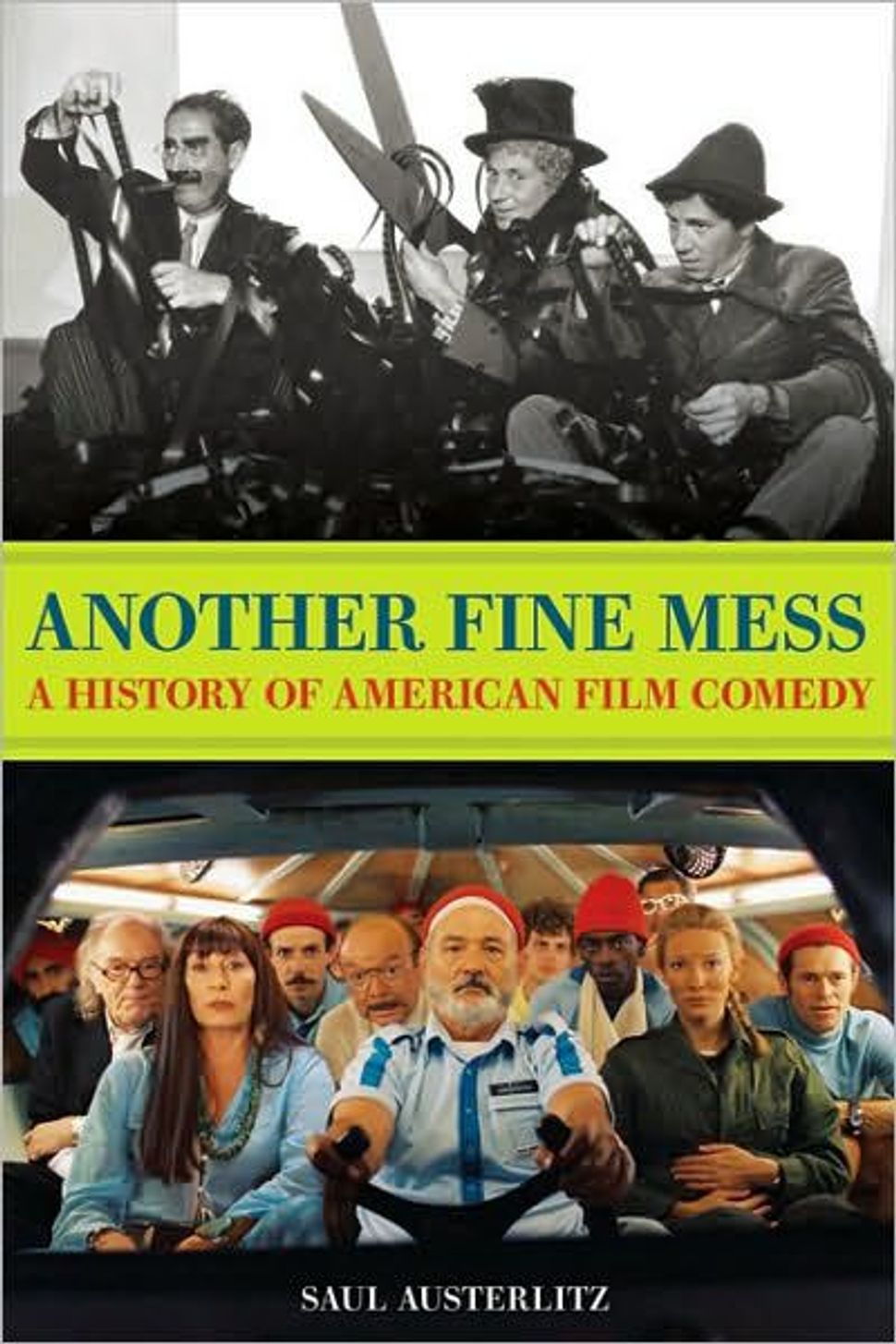 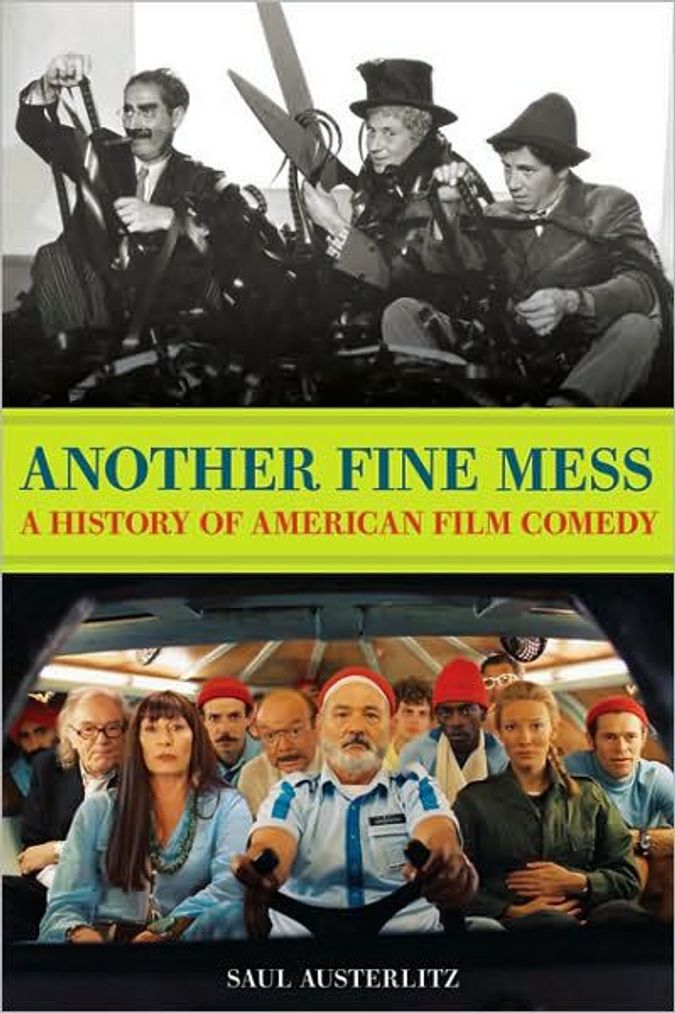 In writing my book “Another Fine Mess: A History of American Film Comedy,” I spent a lot of time concentrating on the greatest films in the history of American comedy: your City Lights, your Shop Around the Corners, your Annie Halls. But often, the most pleasurable films I watched over the course of researching my book were the ones that were surprisingly decent. The mediocre films that turned out to be pretty funny; the supposedly terrible movies that I found myself, to my surprise, enjoying.

In their honor, I’d like to single out five pleasant surprises from among the ranks of American comedies. These might not be movies you’d want at the top of your Netflix queue, but you might find yourself pleasantly surprised if you happened to come across them, anyway.

Instead of being partnered with second-tier stars like Gordon MacRae, or Reagan, by the late 1950s Doris Day was starring opposite Clark Gable in 1958’s “Teacher’s Pet.” Directed by George Seaton, “Teacher’s Pet” establishes the template for the Rock Hudson films to come. Day is a professor of journalism attempting to recruit crusty newspaperman Gable to guest-lecture to her class, not knowing he is already enrolled as a student. Gable is a bit elderly for the role — you can see his hands shake when he thrusts a newspaper at Day — but the two work up a nice comic routine, with Day idealistic and sunny, and her foil cantankerous and vinegary, loving women without respecting them: “You mean to tell me that now they’ve got dames teaching unsuspecting suckers?”

Gable is most believable at his most crabbed; when he melts for Doris, the moment is hardly in keeping with the role, or with Gable himself, who never met a dame he didn’t want to push around. Day, meanwhile, struggles to maintain the appropriate distance from her student, but physical contact, like the kiss Gable snatches in her office, leaves her a little woozy, and gasping for breath. We know Doris has sex on the brain because she spurns the advances of Nobel Prize-winning scientist and author Gig Young (this film’s Tony Randall equivalent), preferring something in a more dashing cut.

“JERRY LEWIS IS HARDLY WORKING,” reads the title card to “Hardly Working” (1980), and the announcement is a suppressed howl of outrage at his career setbacks — how could I not be working? — and a capsule summary of the film. His character — an unemployed clown with a familiarly Lewis-esque proclivity for courting disaster — is ushered into a series of ill-fitting jobs (gas-station attendant, bartender, Japanese chef), each of which ends calamitously. The dialogue was risible, only rarely rising above the insipid, but something — perhaps the time away — had made the old Lewis routines charming once more.

Lewis was scripting his own triumphant return, on his own terms. “I’m not a clown,” his Bo Hooper tells a friend. “Not anymore.” Lewis wants it both ways; he is the clown no longer, but “Hardly Working’s” triumphant conclusion has him donning the white makeup once more, delivering the mail to an adoring crowd. Never the subtlest of artists, Lewis was having his midlife crisis onscreen, and scripting his own happy ending.

What “¡Three Amigos!” lacks in focus, it makes up for with the enormously gratifying chemistry between its three stars, and a script that, whatever its narrative faults, is overstuffed with delirious wordplay. There are some trademark Steve Martin moments, plumbing the depths of his feeble-mindedness. “Not so fast, El Guapo, or I’ll fill you so full of lead you’ll be using your dick for a pencil!” he announces, putting on his most officious white-man voice. “What do you mean?” El Guapo asks puzzledly. Martin pauses, and admits the truth without sacrificing an iota of his empty-headed intensity: “I don’t know.” “¡Three Amigos!” has a giddy, rollicking silliness that is catching. Neither a great movie, nor a particularly good one, “¡Three Amigos!” is a transcendent, endlessly rewatchable mediocrity.

The bad-boy outlaw fallen on hard times was Will Ferrell’s bread and butter, with Ron Burgundy and Ricky Bobby followed in short order by Chazz Michael Michaels, whose reign atop the world of competitive figure skating is brought to an unfortunate conclusion by a brawl on the medal platform at the Olympics. Banned for life from men’s figure skating, he is matched with nemesis Jimmy MacElroy (Jon Heder), forming the first-ever all-male pairs team. Ferrell is the star here, but the rhythms are mostly Heder’s; much of the dialogue sounds as if it had been excised at the last minute from “Napoleon Dynamite.”

In case the men’s figure skating angle had not alerted you, “Blades of Glory” (2007) is unendingly amused by the homoerotic possibilities of its plot. The skating sequences manage to squeeze references to every possible permutation of gay sex into their brief routines. Ladies, don’t be alarmed; Chazz is no queer, but rather a sex addict with a raging libido. “Are you an official here?” he asks Olympic medalist Nancy Kerrigan (practically the only American skater who doesn’t cameo in “Blades of Glory” is Tonya Harding). “Because you’ve officially given me a boner.”

“Norbit” (2007) was both proof of Eddie Murphy’s diminishment, and a reminder of his still-formidable comic gifts. For his multiple roles in the film, directed by Brian Robbins, Murphy garnished a record haul of awards, taking home prizes for actor, supporting actor, and supporting actress. Pity, then, that his were courtesy of the Razzies, dedicated to honoring the worst performances of the year. Revisiting what by now had come to be a familiar trope, Murphy is both the nebbishy, unhappily married, Jiff-like Norbit, and his demon-bride, Rasputia. Murphy was in an abusive relationship with himself, dominated by his overweight, tyrannical, undyingly crass wife. With its relentless barrage of racial and gender stereotypes, wielded with all the deftness of a polo mallet to the skull, Norbit single-handedly sets the cause of civil rights — nay, the cause of combating stupidity — back by two decades.

Rasputia in particular is a noxious creation, the anti-Sherman Klump. She is, as we first see her, an overgrown child, intent on having her way in all matters: shooting at terminal velocity down a water-park slide, leaping hungrily onto Norbit in a deftly rendered series of bedroom encounters. Her corpulence is taken as symbolic proof of her nefariousness, each undulating ribbon of fat coming in for its own individual ribbing. And yet, accepting its blatantly obvious flaws, “Norbit” is, at times, a surprisingly funny film. Murphy may not be working with his most vividly rendered material, but with Rasputia (“How you doin’!”), he is at the height of his powers of Nutty Professor-esque inventiveness. She is an untamed rapscallion, and Murphy (who co-wrote the film’s story with his brother Charlie) loves her unquestioningly, political correctness be damned.

“Another Fine Mess: A History of American Film Comedy” is now in stores. Check back all week for Saul Austerlitz’s blog posts.