Living Letters From the Past 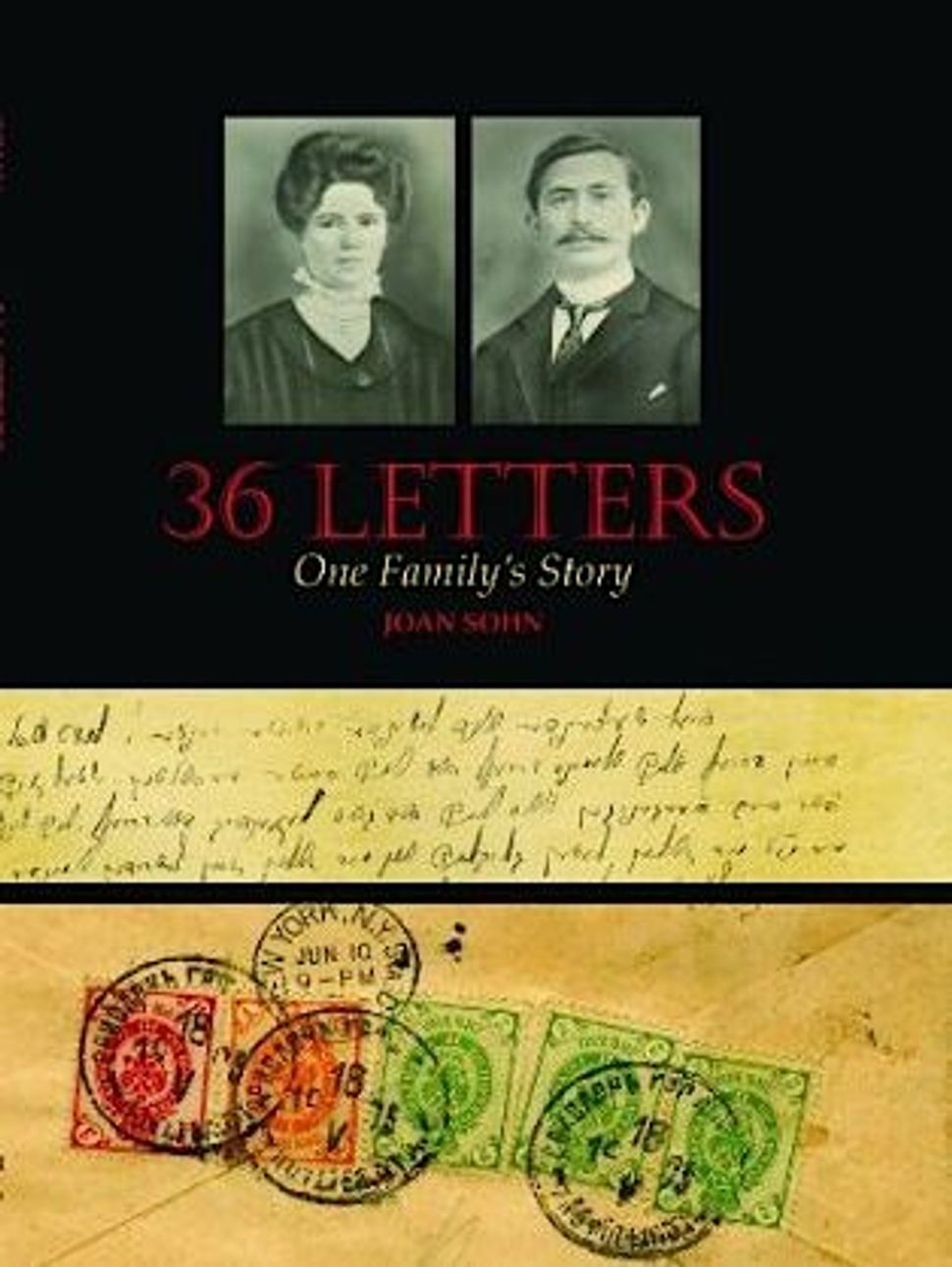 Before the telephone and the Internet, those separated from each other by great distances depended on letters to communicate. Although gifted writers have brought the form to the level of high art, for many people, the letter served more essential purposes. With it, they shared ideas, expressed feelings, collaborated on plans, and communicated information both trivial and vital.

In “36 Letters: One Family’s Story,” Author Joan Sohn describes finding one such bag of letters from her grandparents, their families and their friends. When she had them translated, mostly from Yiddish, Sohn discovered the people behind her childhood memories and old photographs. The book is based on 36 of these letters, many dating from 1904 to 1906, and centers around the courtship and immigration of her grandparents, Yente and Chaim, or as she knew them, Yetta and Hyman Korman.

At the beginning of the turbulent 20th century, Chaim and Yente were living in Russia, yet to be married. In 1904, Chaim was in the Russian army. Jews in Russia had few rights, such as land ownership, but they still paid taxes and served in the military; conscriptions could last as long as 25 years, and many young Jews died in service. Chaim (Americanized later into Hyman, just as Yente became Yetta) was conscripted when Russian armed forces were facing defeat in the Russo-Japanese war.

Military setbacks undermined Russian morale and led to widespread desertions, including Chaim’s. He was already in America when angry Russian soldiers took their frustrations out on Jews. Letter writers were outraged and frightened by hundreds of pogroms in 1905, with thousands of deaths and injuries. America offered escape from oppression and the chance for a better — or at least a safer — life. In 1904, Chaim left for New York, but not before becoming engaged to Yente Yesersky.

Many of the most interesting letters in this book are about Chaim and Yente falling in love. Readers may find their courtship charming, although tame by current standards. At first, Chaim addresses Yetta in Yiddish as “ihr,” that is, the formal expression of “you.” As the relationship deepens, Chaim uses the more familiar “du.” Subtle changes also occur in salutation, from “friend,” to “dearest friend,” to “esteemed,” to “my dearest.” By the time Chaim expresses “eternally beloved,” their relationships seems secure; these expressions, along with simple exclamation points, indicate the intensity behind the lovers’ words. The separation has an added benefit: without any physical contact, the couple depends upon their words and feelings to strengthen the bond between them.

After settling in Philadelphia, Chaim saved to send for his bride-to-be. He tried one business after another, finally making use of his skills in carpentry to get into construction. Chaim (now Hyman) eventually became one of the largest home builders in the Northeast, events chronicled in letters that crossed an ocean and half of Europe every three or four weeks.

The letters also tell an inspiring American success story. Yetta and Hyman helped build and support Temple Sholom, a synagogue in Philadelphia; Korman Hyman High School of Talmudical Yeshiva was named for him. The foundation he set up has given hundreds of thousands of dollars to Jewish causes, such as yeshivas and synagogues, along with a medical school and a Catholic hospital.

Aside from the letters, Sohn provides readers with photographs, cancelled stamps from the envelopes, recipes for favorite foods, maps, poems, contracts, history lessons, and even the manifest of the ships the immigrants traveled on. The generous layout of the book uses wide margins to include information and notes, which make the letters more meaningful.

One hundred years from now, it is unlikely that a similar book to Sohn’s will be published about an engaged couple’s cryptic emails and tweets, cell phone conversations and texting. Sohn’s book reminds us that letters are not just a link, but a lasting connection.

Living Letters From the Past